With less than 1% market share, Samsung’s smartphone business in China has been staring at complete decimation. The company has vowed to fight back on many occasions, but the results so far have been negligible. Despite all the challenges, Samsung continues to launch some interesting devices in China, many of which never reach other markets.

The Galaxy A60 is the latest smartphone from Samsung to launch in China. As per the model number, it is supposed to sit above the Galaxy A50 in the company’s A-series lineup, but a glance at the spec sheet and the design shows the device has more in common with the last year’s Galaxy A8s than the A50.

Unlike the superior glass build of the Galaxy A8s, the A60 features a 3D Glasstic design (Samsung’s fancy name for glossy plastic) like other recent Galaxy A 2019 models. The front of the device, however, looks similar to the Galaxy A8s with an Infinity-O display. The company uses this terminology to refer to displays with a punch-hole for cameras. The chin is larger than the top bezel, but the overall screen-to-body ratio is impressive at 92%. 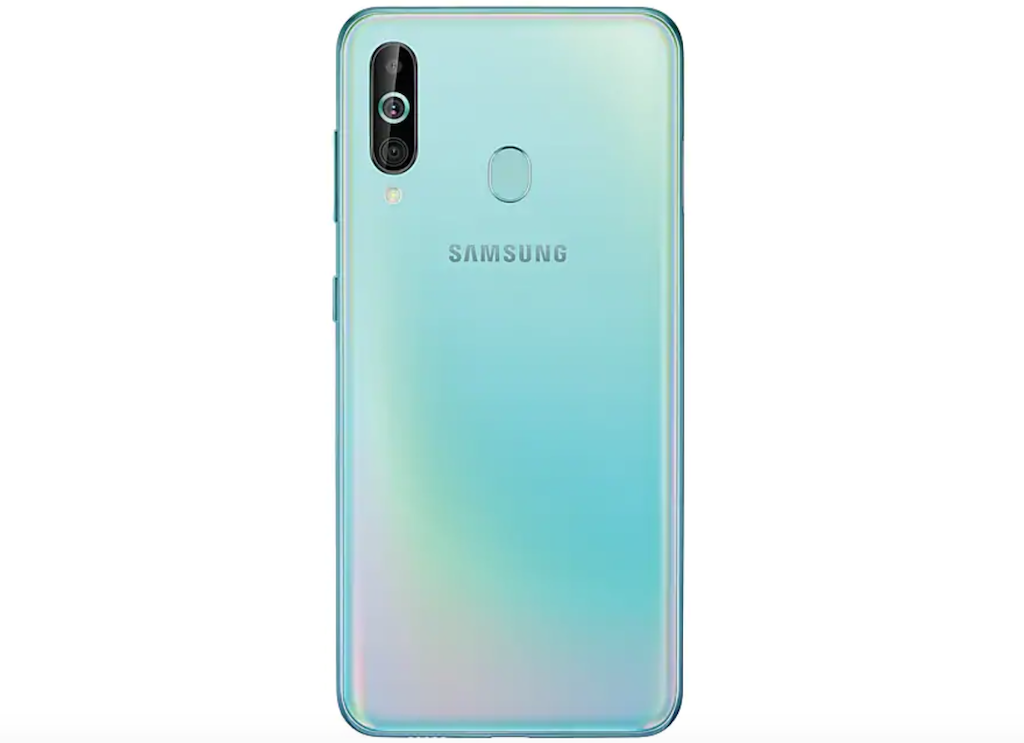 Coming to the button and port placement, the volume rocker and power button are on the left, while the SIM tray is on the right. There is a headphone jack, speaker grille, USB Type-C port, and primary microphone at the bottom, leaving the top side almost empty with only a secondary microphone. On the back, there is a vertically-arranged triple-camera system on the top-left corner, Samsung branding in the middle, and a fingerprint reader just above it. The device weighs 155.2 x 73.9 x 7.9 mm and weighs 162 grams. 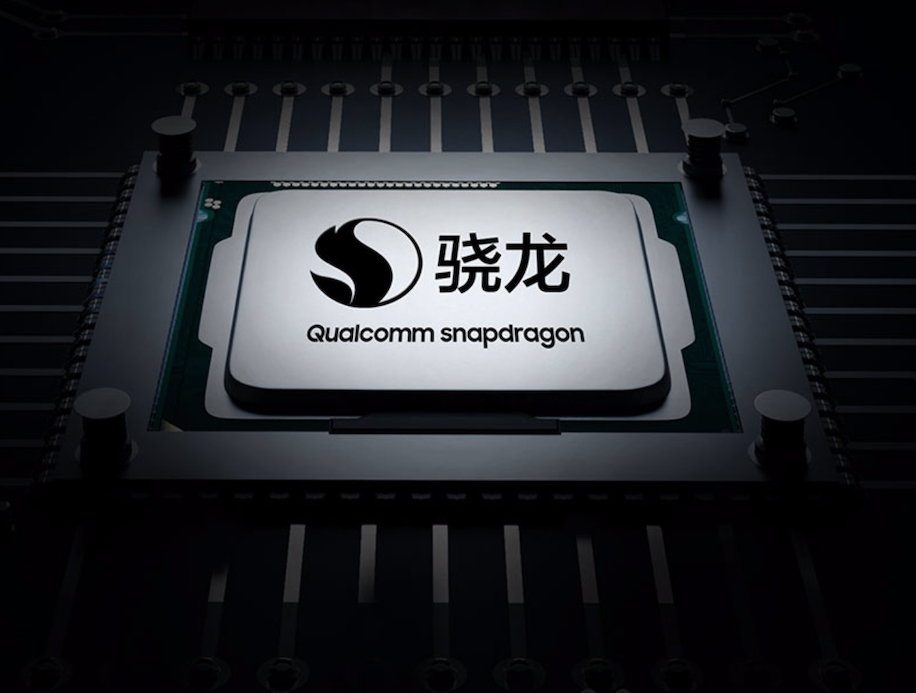 Overall, the Galaxy A60 looks more like an inferior Galaxy A8s than an upgraded Galaxy A50. In fact, the device is worse than the A50 in display and battery departments. This indicates that Samsung may not launch the Galaxy A60 in markets where the A50 is or will be available.

The Galaxy A60 packs a 6.3-inch Infinity-O display with FHD+ (1080 x 2340) resolution and 19.5:9 aspect ratio. While the Infinity-O design looks modern with its punch-hole camera, Samsung has opted for an LCD instead of a Super AMOLED panel. The choice of the panel is puzzling since even the cheaper A50 and M30 come with Super AMOLED displays. 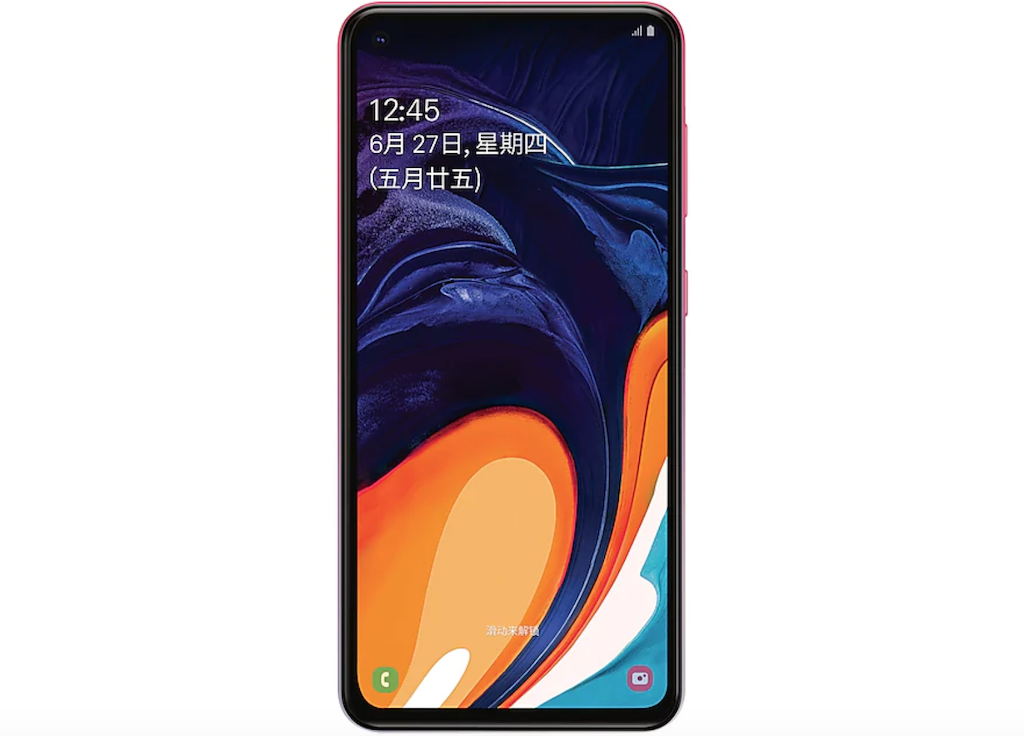 Another interesting change compared to the A50 is the omission of an in-display fingerprint reader. The Galaxy A60, instead, comes with a tried and tested capacitive fingerprint reader on the back of the device. Though it’s a sensible decision from the usability perspective, it is still strange that a cheaper model like the A50 packs more futuristic features.

The Galaxy A60 has a triple-camera system on the back and single-camera setup on the front. Barring the drop in the resolution of the selfie camera, the setup here is identical to the one on the Galaxy A70. This means the rear-camera setup consists of a 32 MP f/1.7 with PDAF (Phase Detection Auto Focus), 8 MP f/2.2 ultrawide lens, and a 5 MP f/2.2 depth sensor, whereas the selfie camera sports a 16-megapixel lens with f/2.0 aperture. There is also an LED flash on the back to help in low-light conditions. The Galaxy A60 runs Samsung’s One UI, which is based on Android 9 Pie, out of the box. It is not yet clear if this is the latest One UI 1.1 that debuted on the Galaxy S10 series. However, the chances are high since other recent Galaxy A devices are also shipping with the newest version onboard.

You can read our posts about One UI and Android 9 Pie to know what Samsung’s latest software brings to the table.

The Galaxy A60 is priced at CNY 1,999 (~$300) in China for the single 6GB/128GB storage variant. It comes in Daybreak Black and Cocktail Orange color options. Samsung has not yet revealed when the device will be available for purchase. It is also yet to confirm if the A60 will be available in any other markets other than China.

You can follow our coverage of the Galaxy A60 to learn about new features, updates, tips, and more. To download the latest Galaxy A60 firmware, you can head over to our firmware section.