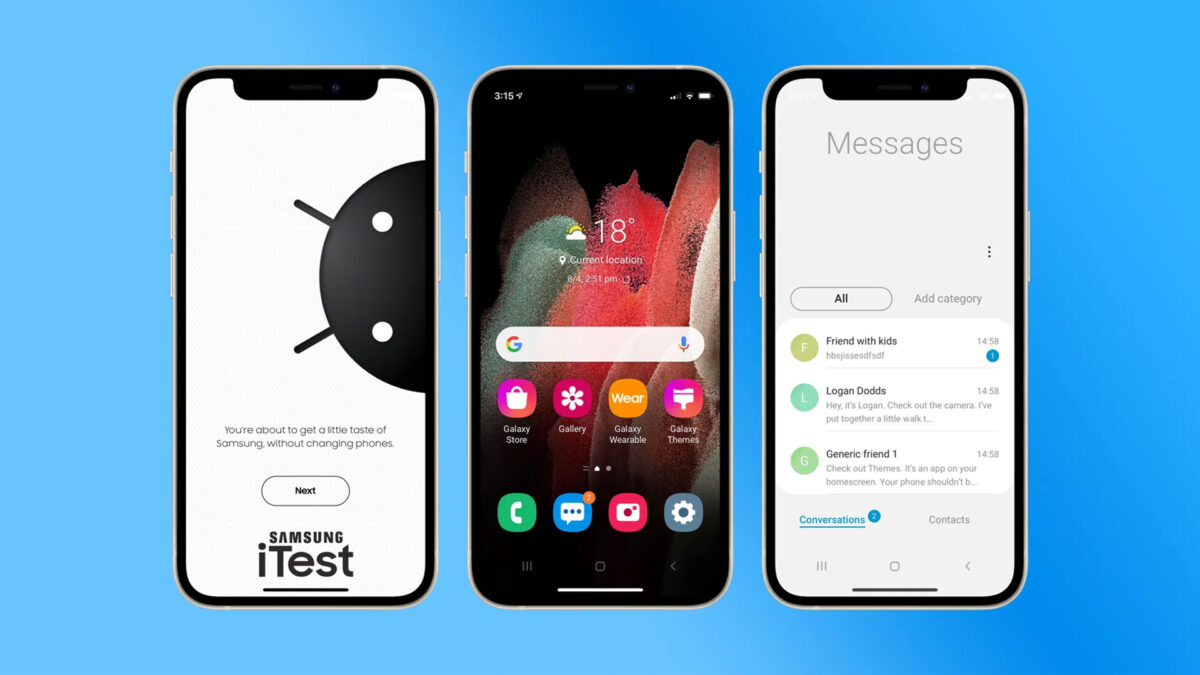 A recently released report showed that nine out of ten teens in the US are iPhone users, and 90% of them plan to upgrade to a new iPhone. Samsung is trying to change that and turn at least some iPhone users into Galaxy owners. To that effect, Samsung has released a web app that simulates the Galaxy experience.

The South Korean firm’s iTest web app offers everyone a chance to experience how it feels to use a Galaxy device. When iPhone users visit this website, they are prompted to add the web app to their home screen. Opening the app greets users with the message “You’re about to get a little taste of Samsung, without changing phones. We can’t replicate every function, but you should quickly see that there’s nothing daunting about switching to the other side.”

Samsung actually nailed the whole experience of replicating a Galaxy smartphone’s One UI interface via a web app. It lets you browse the home screen, the app launcher, the messaging and calling apps, changing the theme, browsing the Galaxy Store, using the camera app, and more. Moreover, when you browse the Galaxy Store, its main banner promotes Fortnite, a massively popular online game that is banned on Apple’s App Store.

The app even emulates you receiving various text messages, notifications, and calls, highlighting the difference between using an iPhone and a Galaxy smartphone. The company also promotes the Galaxy Watch 3, Galaxy Buds Pro, and Galaxy Buds Live, because why not? However, a lot of apps only show the splash screen, because iTest is a web app after all, and it has its limitations. However, it gets the job done of showing an iPhone user how it’s like to use a Galaxy smartphone.

Right now, the app is only being promoted in New Zealand, but the website is accessible from anywhere in the world. It may not be long before Samsung turns this into a massive ad campaign to turn some iPhone loyalists into Galaxy users. 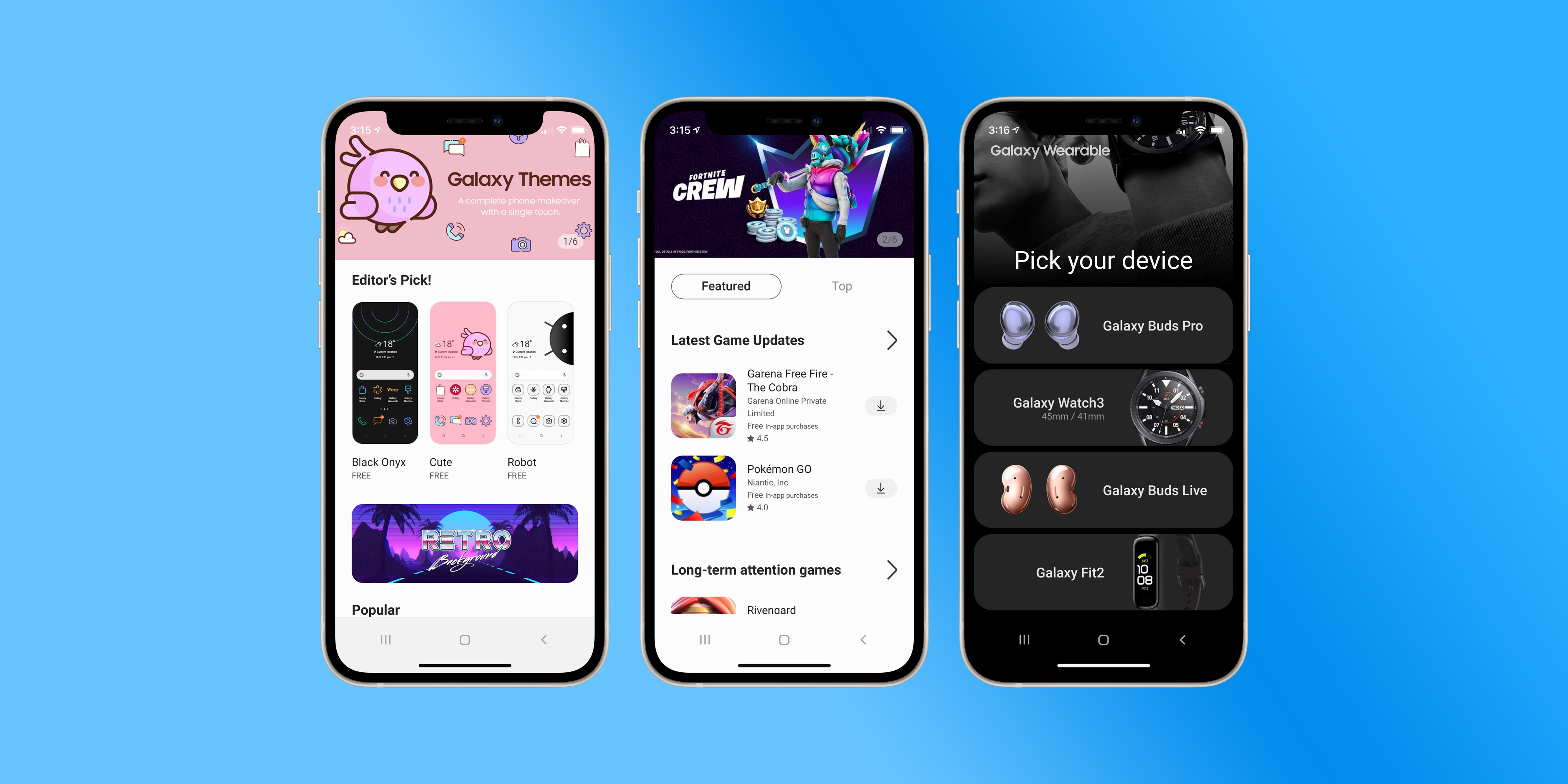