Samsung’s journey through the flagship phone landscape for the year 2020 was concluded at Galaxy Unpacked a couple of months ago. In other words, Samsung has already released every flagship it had in store for 2020 and most Galaxy fans are now looking forward to what 2021 has to offer. With the end of the year drawing near and the Galaxy S21 just around the corner, it’s time to look back at Samsung’s efforts for the flagship smartphone market throughout the year and revisit the company’s most powerful and expensive phones to date, as well as what made them stand apart.

The Galaxy Z Flip leveraged foldable display technology to revive the clamshell form factor after a decade of absence. It’s not the most powerful flagship on the market but it is one of the most unique phones of 2020, Samsung or otherwise. It introduced hinge sweeper technology and UTG (ultra-thin glass), both of which were later adopted by the Galaxy Z Fold 2. A 5G variant equipped with the newer Snapdragon 865+ chipset was released in the second half of the year.

The Galaxy S20 Ultra was the company’s first – and possibly only – smartphone to physically bear the Space Zoom branding. The phone’s March release had marked the introduction of periscope telephoto sensors and the Galaxy S20 Ultra remains the only Galaxy S20 variant capable of achieving 100x zoom. The system wasn’t perfect at launch but it has been improved through firmware updates. 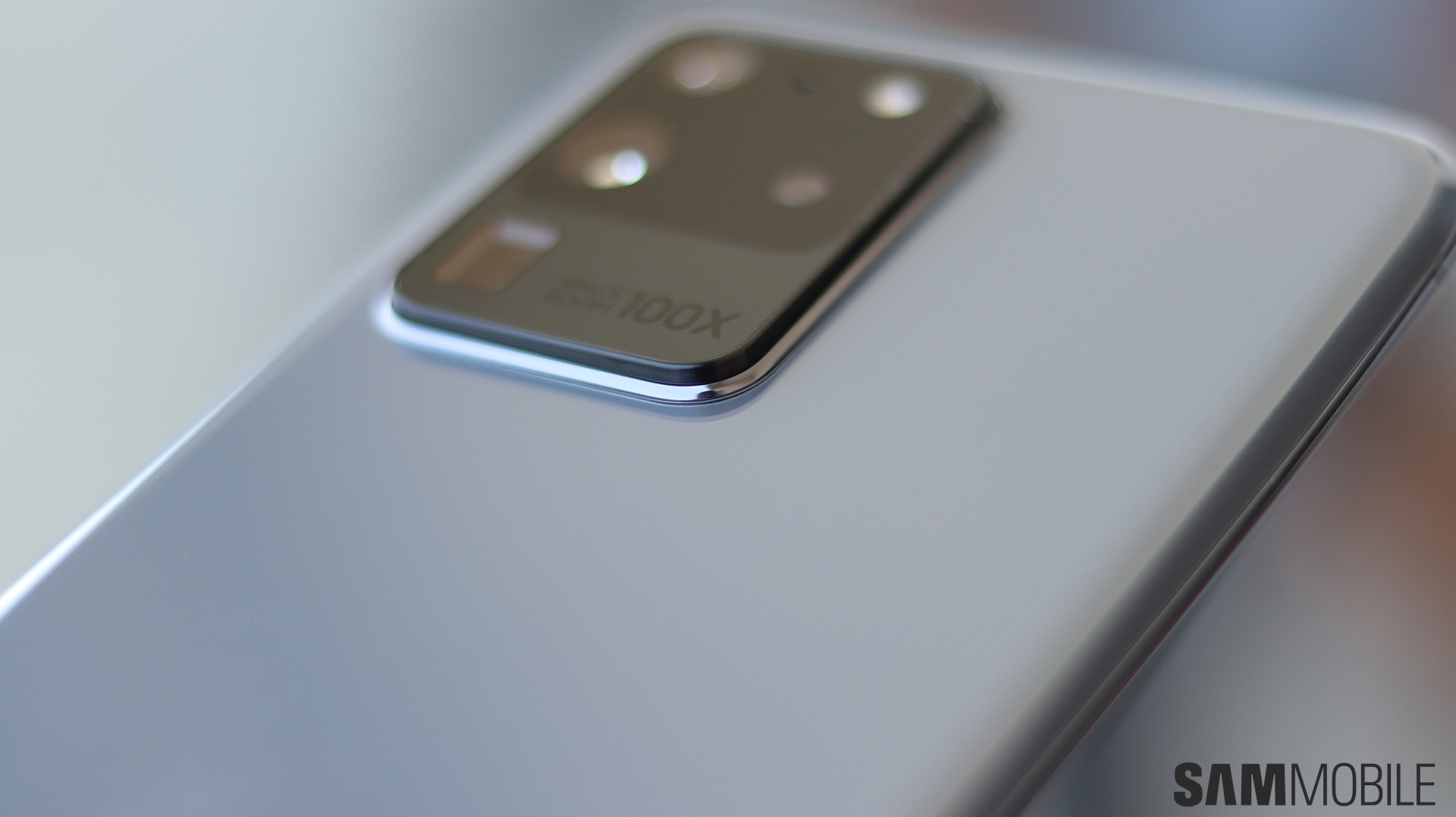 The Galaxy S20 series was also Samsung’s first smartphone to support a 120Hz refresh rate for the display. This characteristic is becoming increasingly popular but it all started with the S20 lineup. The technology was later improved with the release of the Galaxy Note 20 Ultra.

The Galaxy Note 20 Ultra represents an important step for the company’s S Pen series of flagships, perhaps more so than other recent Galaxy Note models. This is because the S Pen itself has been massively improved with a low latency of only 9ms (helped by the 120Hz display refresh rate), and the S Pen experience as a whole was made better by a newer suite of S Pen apps – including a revamped Samsung Notes app – as well as the display itself. 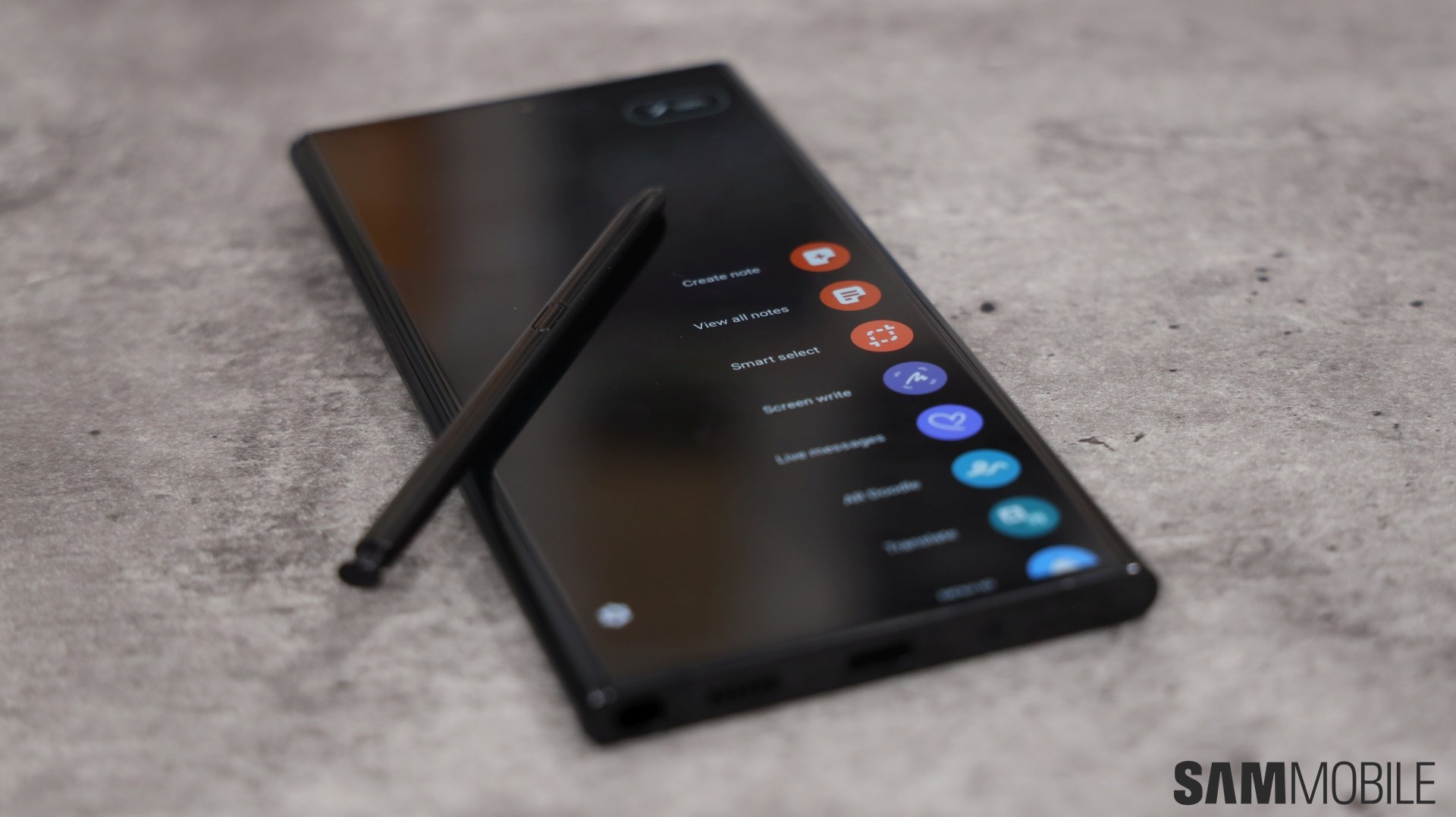 The Galaxy Note 20 Ultra supports a 120Hz refresh rate but what set it apart from the Galaxy S20 Ultra was the LTPO backplane. It’s more energy efficient and this leads not only to improved battery life but also lower temperatures when using the high refresh rate mode.

Last but not least, the Galaxy Note 20 Ultra was the first Samsung phone to adopt Corning Gorilla Glass Victus. It’s not the only Galaxy device to do so though, as the same solution was also adopted by the king of foldable phones.

The last and easily the most ambitious Galaxy flagship of 2020 is the Galaxy Z Fold 2. Unveiled at Galaxy Unpacked alongside the Galaxy Note 20 series and released a few weeks later, the Galaxy Z Fold 2 has improved upon the original Galaxy Fold formula in too many ways to count.

The Galaxy Z Fold 2 is wrapped in Gorilla Glass Victus protection and adopts sweeper technology for the hinge, as well as UTG for the foldable display. It streamlined the exterior design by abandoning display notches in favor of the iconic Infinity-O cutouts.

The cover display was made much more usable thanks to a larger footprint and a nearly bezel-less design, whereas the flexible display was given cutting-edge 120Hz capabilities. The Galaxy Z Fold 2 also marked the introduction of Flex Mode for the series.

Do you own any of these 2020 Galaxy flagship phones? How has your experience with them been so far? What are your thoughts on Samsung’s flagship phone portfolio at the end of the year, and what key improvements are you looking forward to in 2021?

For a more in-depth look at these devices and what makes them tick beyond their unique characteristics, check our reviews linked below as well as our new device comparison widget (if you’re viewing this page on your phone, hit the full comparison button at the bottom to view the specs for these devices side-by-side or switch to desktop view in your browser app).