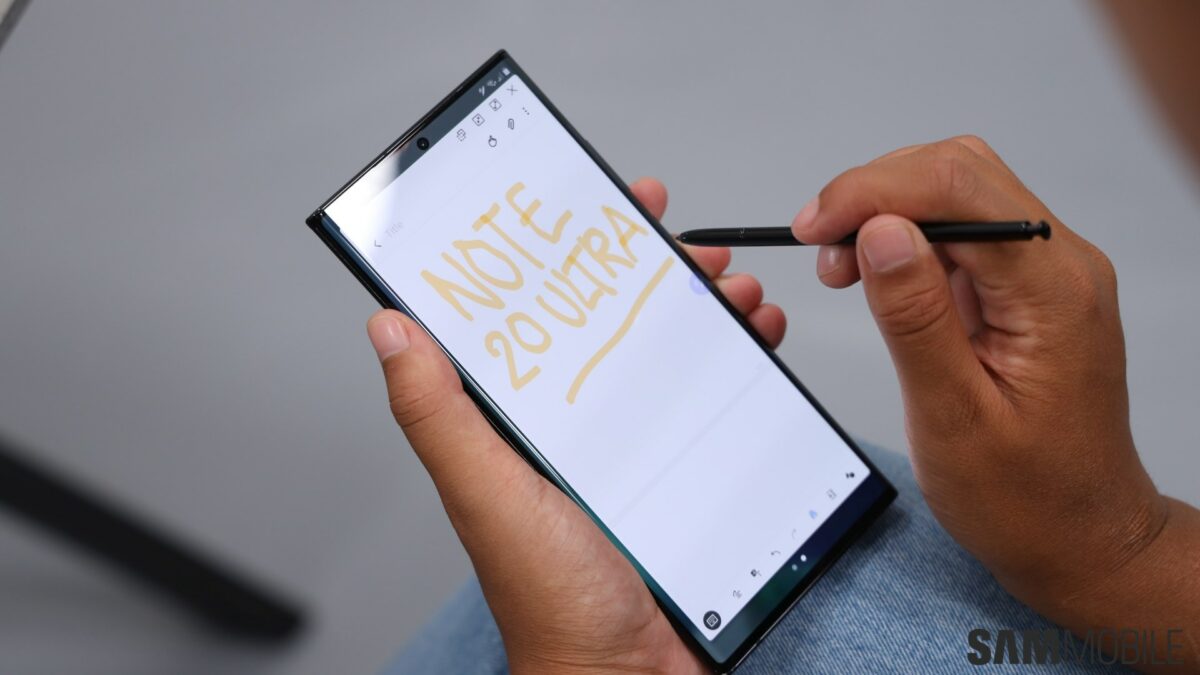 The Galaxy Note 20 series, and especially the Galaxy Note 20 Ultra, promises a handful of big improvements in the S Pen department, from a lower latency to an updated software experience. Samsung took us on a virtual tour of the new S Pen at Galaxy Unpacked 2020, and there’s a lot to discuss so let’s get started.

With that in mind, we’ll disregard the base Galaxy Note 20 model for the time being, as Samsung appears to have done the same in many of its short presentations about the S Pen.

Samsung has apparently put a lot of effort in numerous areas of development with the goal of delivering a more natural handwriting experience to S Pen users. To begin with, the new S Pen has had its acceleration sensors and gyroscope enhanced so that it receives coordinates more frequently, thus leading to a smoother experience.

Samsung also improved the reaction time of the S Pen by using in-house technology to write directly on the screen buffer. More so, the company leveraged AI and machine learning to collect and process hundreds of thousands of sample data on various shapes, letters, and patterns.

All of these new improvements combined with the Galaxy Note 20 Ultra’s high 120Hz refresh rate display should lead to an S Pen experience like never before.

Samsung also worked on the software front to improve the Galaxy Note 20’s S Pen and has focused primarily on enhancing Air Actions and Samsung Notes.

Last but certainly not least, Samsung appears to have given its own Notes app a lot more attention with the release of the Galaxy Note 20 series. The company claims it has improved the app according to user analysis, and it all sounds very promising indeed.

Samsung Notes now has more options for background colors, a selection of templates, a PDF importing feature, and an option to sort and find pages with more ease. Furthermore, audio bookmarks can be auto-synced with written content, and tilted handwritten text can be adjusted with the new Auto Straighten feature. Adding to this are the new page management and folder systems complete with drag-and-drop functionality.

In conclusion, the Galaxy Note 20 / Galaxy Note 20 Ultra S Pen experience appears to have improved by quite a lot, and S Pen enthusiasts may find a few additional reasons to upgrade to one of the 2020 models. Keep in mind that some software features are likely to be added to the Galaxy Note 10 lineup with future firmware updates, but only time will tell exactly when that will happen. We’ll keep you posted.