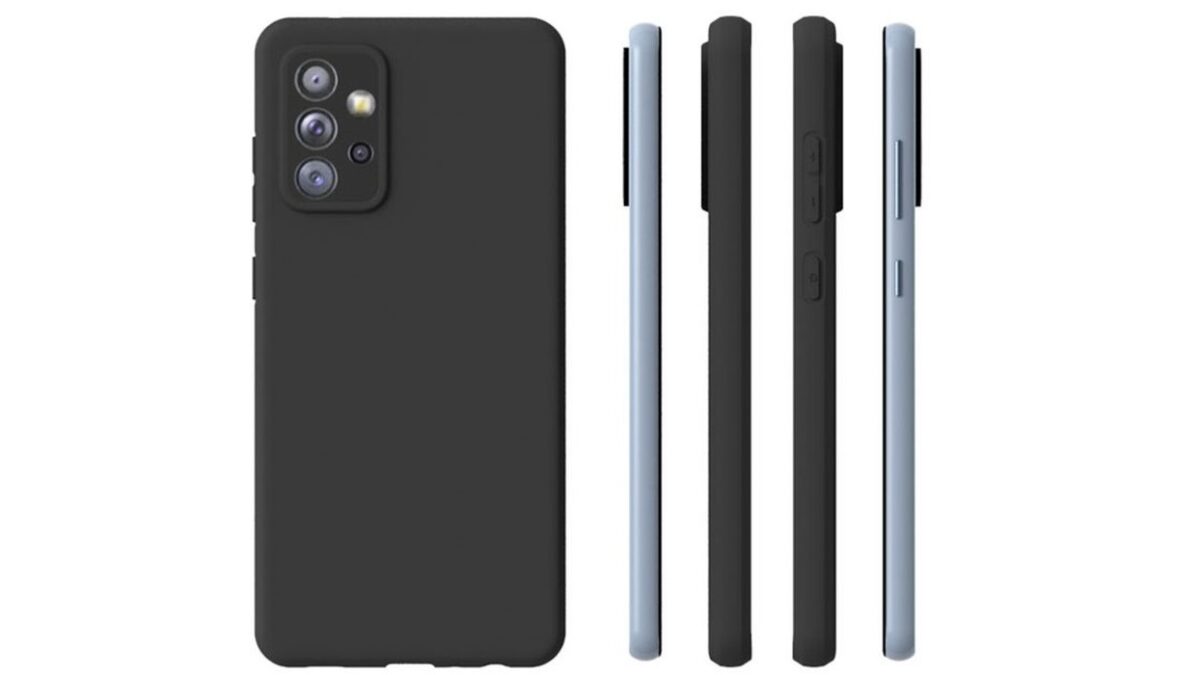 The Galaxy A72 5G hasn’t been much in the rumor mill lately but at least one case maker appears to have gotten hold of dummy units and/or the phone’s exact dimensions in anticipation of its release. Galaxy A72 5G case renders have now emerged on Twitter via @Sudhanshu1414 and it’s the usual affair. They reveal a handful of characteristics such as the number of cameras and their location.

The phone appears to have a rectangular camera housing with enough room for three main sensors, a fourth (macro) sensor and an LED flash. According to this particular case maker at least, the Galaxy A72 5G won’t have a penta-camera setup, contrary to what reports from Korea have previously suggested. In turn, this puts a damper on other previous rumors indicating that the Galaxy A72 5G might be Samsung’s first mid-range phone to bring OIS.

Moving on to other areas of the phone, the side key and volume rocker are located on the right edge. There’s a speaker grille, a USB-C port, and a 3.5mm audio port at the bottom. It’s what we’ve learn to expect from an upper mid-range Galaxy phone. The design is equally predictable at the front. The Galaxy A72 5G should have an Infinity-O display with an embedded fingerprint reader.

Hardware specifications are unknown on the most part, however, the Exynos 1080 SoC should be a great fit for Galaxy A72 5G, even though the latter wouldn’t be the first smartphone on the market to feature Samsung’s new chipset. The company is keeping quiet about the phone’s exact launch date but it will likely go on sale in the first half of 2021.