The past few weeks have told us quite a lot about the Galaxy Tab S8 series. Samsung even confirmed the existence of the entire lineup in its official documentation. Now, we get to see the middle-of-the-pack Galaxy Tab S8+ on Geekbench. As foretold by earlier leaks, it is running Qualcomm’s newest silicon.

The Galaxy Tab S8+ variant bears model number SM-X808U and packs 8GB of RAM. It nets a single-core score of 1,223 and a multi-score of 3,195 on the benchmark. That, combined with its ‘taro’ motherboard, tells us that it is running a Qualcomm Snapdragon 8 Gen 1 chipset. The listing also confirms that the tablet will ship with Android 12 customized with One UI 4.x out of the box.

Last year’s Galaxy Tab S7 lineup exclusively ran the Qualcomm Snapdragon 888 SoC. It could be the case this time around as well, although there is at least one report out there that suggests that there could be some Exynos 2200-powered Galaxy Tab S8 Ultra variants out there, although we’re yet to see them online. It could probably be due to Samsung’s decision to make a handful of Galaxy Tab S8 Ultra units. 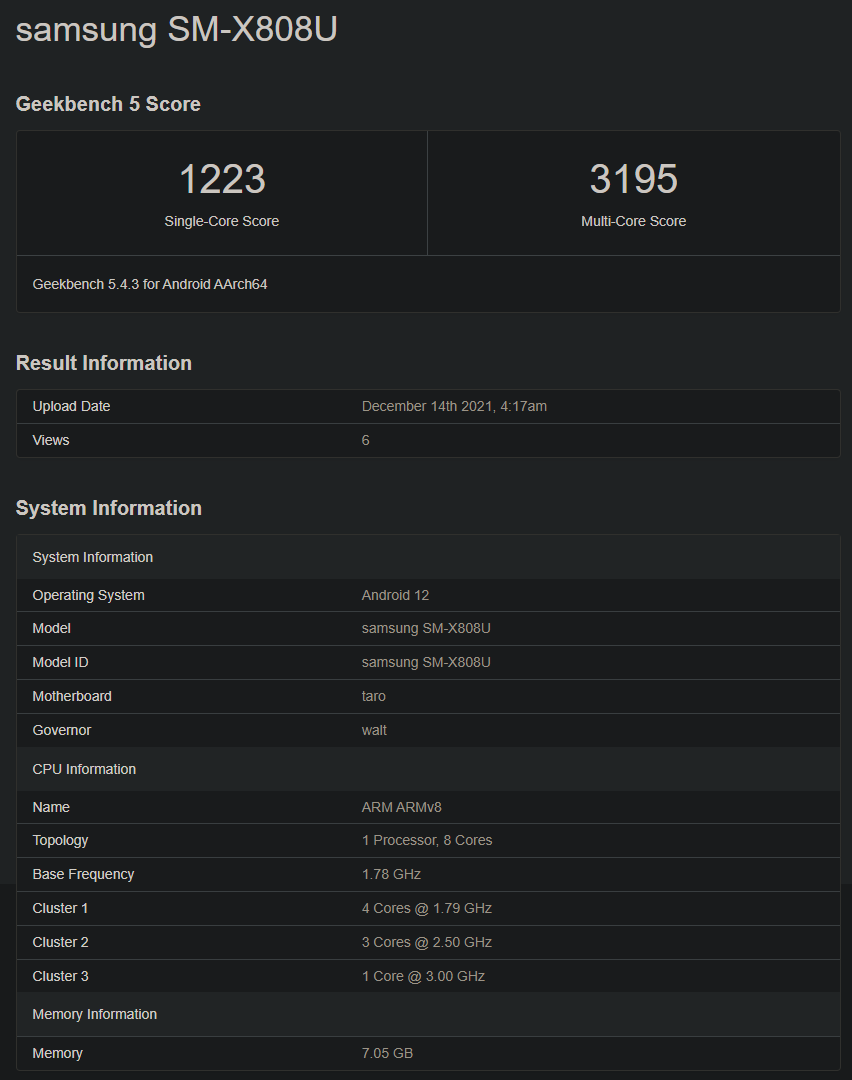 Samsung is the only manufacturer making Android tablets that are worth buying. The Galaxy Tab S8+ is certainly right up there with the best tablets that we’ve seen from the company yet. It also happens to be the latest model. Featuring a 12.4-inch AMOLED display, a flagship Qualcomm Snapdragon chipset and boasting 256GB of internal […]