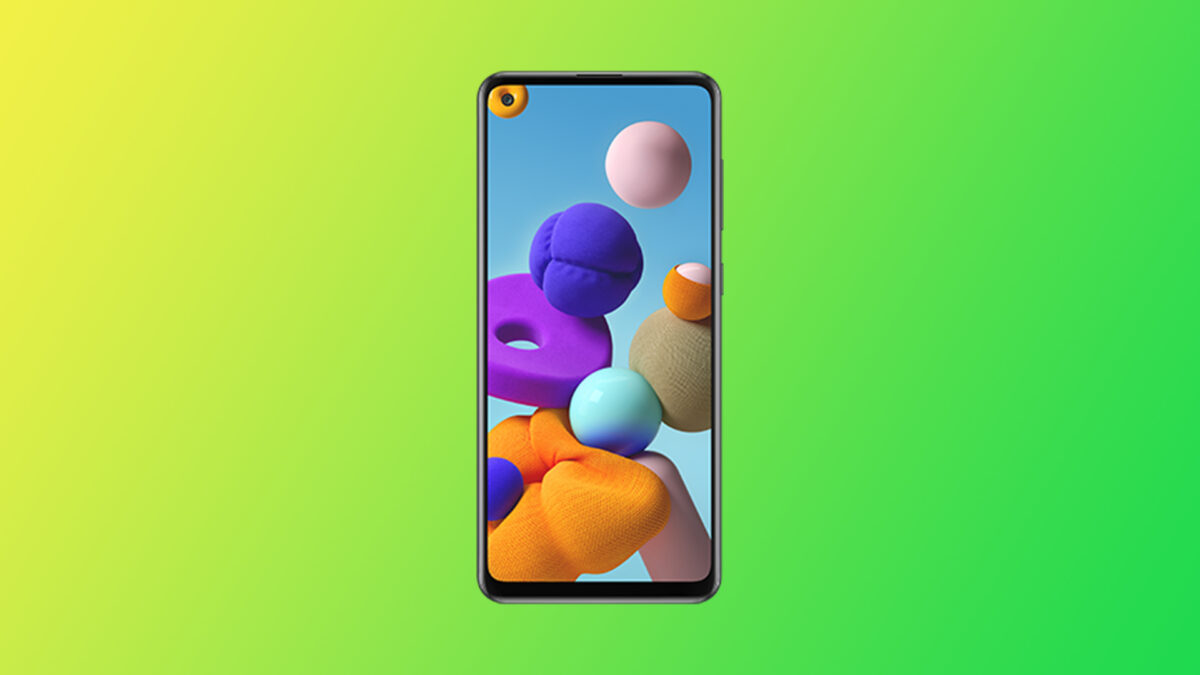 We had first reported about the Galaxy A21s four months ago, revealing its colors, macro camera, model number, and storage variants. Over the past few weeks, the phone has been making appearances in various certifications and listings. Now, the phone’s front design and additional specifications have been confirmed through Android Enterprise and Google Play Console listings.

The Galaxy A21s (SM-A217F) features a 6.5-inch screen with HD+ resolution (1600×720 pixels) and a corner punch-hole for the selfie camera. Considering that the phone is expected to use an IPS LCD panel, it will have a rear-facing capacitive fingerprint reader. The upcoming mid-range smartphone from Samsung appears to be running Android 10, so it will most probably feature One UI 2.0.

It is equipped with the yet-unannounced Exynos 850 SoC, which has eight ARM Cortex-A55 CPU cores clocked at 2GHz and ARM Mali-G76 GPU clocked at 1GHz. It has 3GB RAM and 32GB/64GB internal storage. Similar to all other Galaxy M series smartphones, we expect the Galaxy A21s to feature a dedicated microSD card slot for storage expansion.

The Galaxy A21s is rumored to feature a triple or quad-camera setup, consisting of a 48MP primary sensor, an ultrawide camera, and a 2MP macro camera. At the front, the upcoming phone will feature a 13MP selfie camera. In a recently leaked marketing video, it was revealed that the phone would have AR Doodle and Live Video modes in its stock camera app.

Its connectivity features include a dual-SIM card slot, GPS, Wi-Fi b/g/n/ac, Bluetooth 5.0, NFC, USB Type-C port, and a headphone jack. A 5,000mAh battery acts as its power source. The Galaxy A21s will be launched in four colors: black, blue, red, and white. The phone has already passed through Bluetooth, FCC, NBTC, and Wi-Fi certification processes, so we expect it to launch soon.