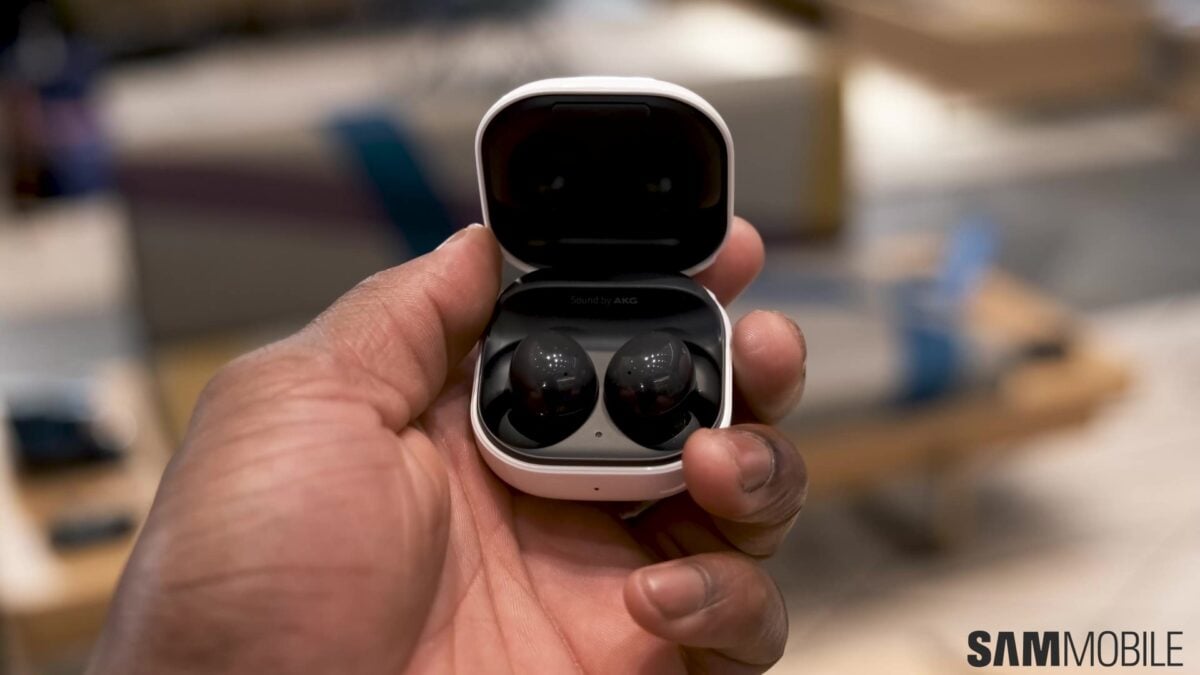 Leaks have gone out of control in Samsung’s view, at least judging by the fact that it recently began taking action against a few popular online sources of information. Samsung is supposed to unveil the Galaxy S22 and Galaxy Tab S8 lineups at Unpacked 2022 on February 9, but in essence, there’s nothing more to reveal.

Everything about these flagships has already leaked, and we haven’t seen evidence of any other devices that could be planned to hit the stage at Galaxy Unpacked. So, where are the new Galaxy Buds?

Ever since the original Galaxy Buds got unveiled in March 2019 alongside the Galaxy S10 lineup, Samsung has introduced a new pair of wireless earbuds and a new Galaxy S flagship every first quarter of the year.

The Buds+ sequels got announced in February 2020, and a year later, in January 2021, Samsung announced the Galaxy Buds Pro. However, this year, we have yet to spot any credible rumors of a new pair of wireless earbuds coming at Galaxy Unpacked 2022.

If everything’s leaked, where are the new Galaxy Buds?

Samsung’s mobile division can’t seem to keep secrets any longer. Whatever the cause may be, it’s logical to assume that if the company was planning on releasing a new pair of wireless earbuds at Galaxy Unpacked 2022, they would’ve leaked by now.

Needless to say, the idea that Samsung has somehow managed to keep a new pair of Galaxy Buds a secret while failing to keep the Galaxy S22 and Tab S8 lineups under wraps sounds a bit absurd.

The more logical conclusion we can draw at this point is that no new Galaxy Buds are coming at Unpacked 2022. We could be wrong, and we hope that Samsung has somehow kept something a secret in anticipation of Unpacked 2022, but its doubtful.

Are you, or were you looking forward to a new pair of wireless earbuds? Or are you happy with your existing Buds? Do you think that Galaxy Unpacked 2022 will be less exciting without this product lineup getting an upgrade? Let us know in the comment section below, and feel free to voice your opinion on the matter on our social media channels.

You can refer to our reviews below if you’re interested in knowing more about our experience using previous Galaxy Buds models.

Galaxy A53 gets unboxed, ruins another Samsung event

If Apple does one thing better than Samsung, it’s keeping its devices under wraps until the official unv …

We go hands-on with the beautiful Galaxy S22 series at Unpacked 2022!

Unpacked 2022 finally gave us what we were all waiting for: an official look at the Galaxy S22 series. Thanks …

Galaxy S22 to be launched in Samsung’s Decentraland metaverse

Now that live events are no longer a thing, at least for the foreseeable future, OEMs have to come up with int …

It is common knowledge that Samsung manufactures a good chunk of its smartphones outside of South Korea. Vietn …

After Samsung set an example by extending the Android OS update policy from two to three major OS updates, the …

It’s the first week of February, and once again, we’re getting ready to go live on YouTube for you …