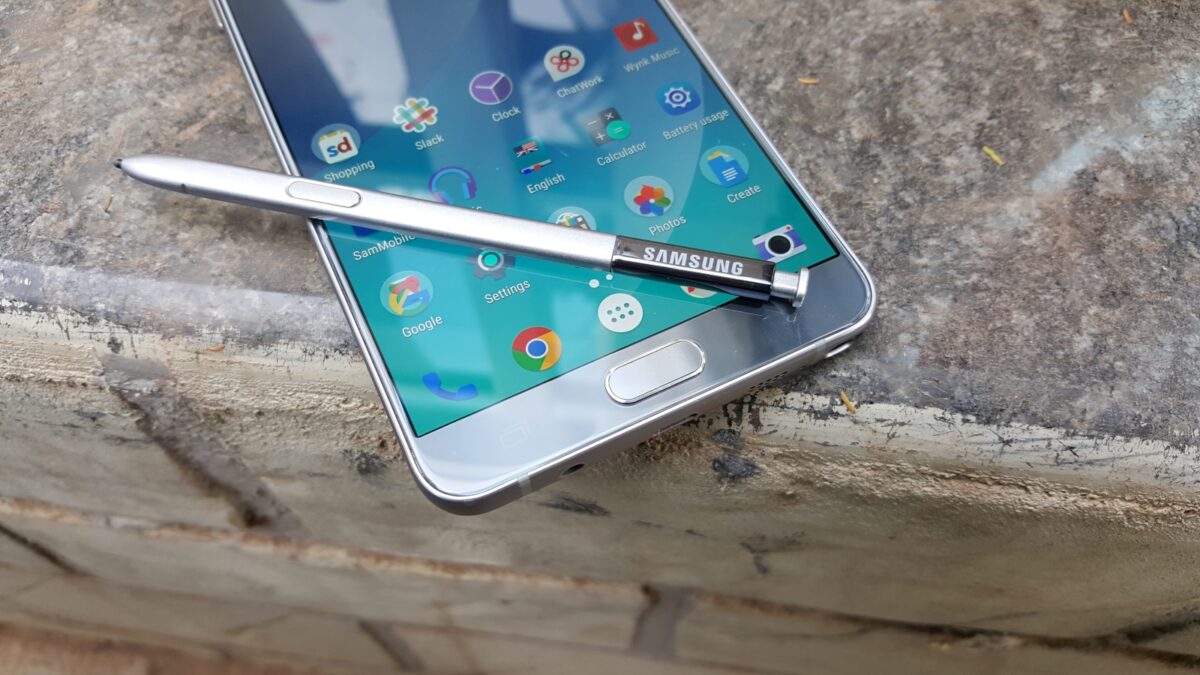 There’s a lot of speculation these days about Samsung’s next flagship handset and we can expect to see more leaks and rumors until this handset is officially announced. Today, alleged blueprints of the Galaxy Note 6 have been leaked online. They reveal that this handset has a very familiar design in that it looks quite similar to the Galaxy S7 edge, coming in at 153.5mm x 73.9mm x 7.9mm.

The blueprints also make it seem that the Galaxy Note 6 is going to have a USB-C port instead of a conventional USB port, if that turns out to be true this is going to be the first Samsung smartphone to make the switch to the modern USB standard. The S Pen retains its aperture at the bottom right-hand corner of the device. It’s also claimed that the concentration of sensors visible above the display points towards the iris scanner which will enable users to unlock the device just by looking at it. Samsung has never before put an iris scanner in a consumer device so this just may be yet another first for the Galaxy Note 6.