What’s there to not like about a Wear OS Samsung Galaxy Watch? 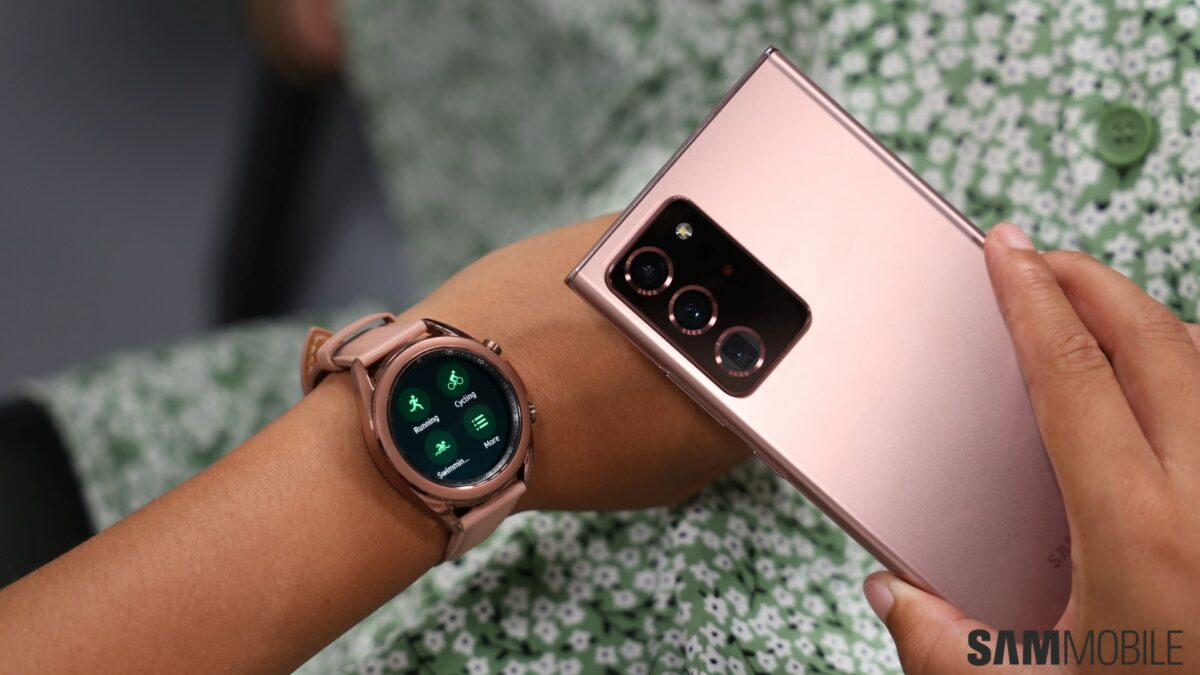 The cat’s out of the bag. Samsung may be thinking about ditching Tizen for Wear OS and it may do that for its next Galaxy Watch. It would be a big step since Samsung previously ditched Android Wear, which was what Wear OS used to be called, for Tizen back in 2014. Now, though, it appears that the company wants to embrace Google’s platform for its smartwatches.

It’s not that Tizen is a bad platform for smartwatches. Samsung has made some great wearable devices ever since it made the switch. The more recent examples include the Galaxy Watch 3 and Galaxy Watch Active 2. They have exceptional health and fitness features, a great user interface and an intuitive UX.

Samsung also doesn’t place any restrictions as far as compatibility is concerned. Its Tizen-based smartwatches can be used with all Android smartphones, not just the ones made by Samsung. So why would it decide to upset the apple cart and make such a major change?

The answer could lie in the deepening collaboration between Google and Samsung. The two companies actually signed a patent cross-licensing deal back in 2014 to reduce the potential for litigation and increase focus on innovation. “Samsung and Google are showing the rest of the industry that there is more to gain from cooperating than engaging in unnecessary patent disputes,” Samsung said in a statement back then.

Since then, the two companies have indeed worked closely on a number of things. Google has worked with Samsung to adapt Android for the foldable form factor that it’s championing. Samsung has given Google services priority on its devices. Whether that’s making Google Messages and Discover Feed native, integrating Google Duo, adding Google Nest to SmartThings, Google Assistant to its smart TVs and more.

Almost every Samsung Unpacked event over the past few years has featured a high-ranking Google official talking about how the two companies have been working closely together to advance their shared interests. It’s evident that the relationship between Google and Samsung is perhaps the closest it has ever been.

Their shared interests go beyond providing value to customers. Samsung is the largest smartphone vendor on the planet. Any concession that Google can get for its services on Samsung devices brings countless new users. Samsung obviously needs Google as well because it doesn’t have an alternative operating system.

Such is the dominance of Android that nothing else that isn’t iOS can stand up to it. Samsung can thus leverage its scale to extract favors, whether that be in the form of support for foldables or through exclusive features like full HD calls on Google Duo.

Samsung is also one of the world’s largest smartwatch vendors. It’s quite possible that Google has been trying to convince it to shift to Wear OS. Google’s smartwatch platform doesn’t quite have the backing of an OEM that has a stature like Samsung’s. Sure, it may have a lot of fashion brands making cookie cutter smartwatches without any advancement on the hardware front. Samsung can change that.

Like I said before, Tizen isn’t a bad platform, but it suffers from a lack of developer support. There just aren’t enough third-party apps and with the better part of a decade having gone by since Samsung ditched Android Wear, it’s unlikely that we’ll ever see any substantial improvement.

On the other hand, Wear OS has the benefit of Android’s excellent developer support. The variety of third-party apps available for Google’s platform remains unmatched. This will be one of the biggest benefits that users will enjoy on a Wear OS Galaxy Watch. The apps will expand the functionality of their smartwatch even further, something that has remained a constraint on Tizen.

A Wear OS-powered Galaxy smartwatch will look quite different from what we’re used to. Google allows OEMs to customize Android for smartphones drastically as long as they’re in line with the regulations. It doesn’t do that for Wear OS. OEMs aren’t allowed to make any significant changes to the UI or UX on Wear OS. Customization options don’t really go beyond watch faces.

Unless the company has been able to extract a major concession that allows it to slap One UI on top of Wear OS, this rule would most likely apply to Samsung as well. It will be a big decision on Samsung’s part to give that up. While Bixby and Google Assistant co-exist on Samsung’s smartphones, Bixby may well be out the door on a Wear OS smartwatch.

Samsung would also have to rework some of its apps like Samsung Health Monitor which allows users with compatible devices like the Galaxy Watch 3 to capture blood pressure and ECG readings. A lot would need to change for Wear OS to replace Tizen on its smartwatches but none of it is outside the realm of possibility.

Judging by the initial reaction to the news story about Wear OS possibly replacing Tizen, some diehard Samsung fans aren’t going to happy about this. They would much rather prefer that Samsung maintain the status quo. That being said, there may also be business reasons for Samsung to consider this switch.

Wear OS-powered smartwatches are likely going to appeal to a lot more people. It would also do away with the misconception that many who don’t follow tech news may have that Samsung smartwatches can only work with Samsung phones. If the company can end up selling more smartwatches overall, why would it be so opposed to the idea?

It’s still early days, though, and there’s no official confirmation yet that Samsung is moving ahead with this. We already know that new Galaxy Watch models are in the pipeline. The company normally launches new smartwatches in the second half of the year. We still have a ways to go before the company makes an official announcement.

There will be many rumors and leaks in between that provide some clarity on the matter. As it stands, though, we should probably start preparing ourselves for this eventuality. What’s there to not like about it, anyway?