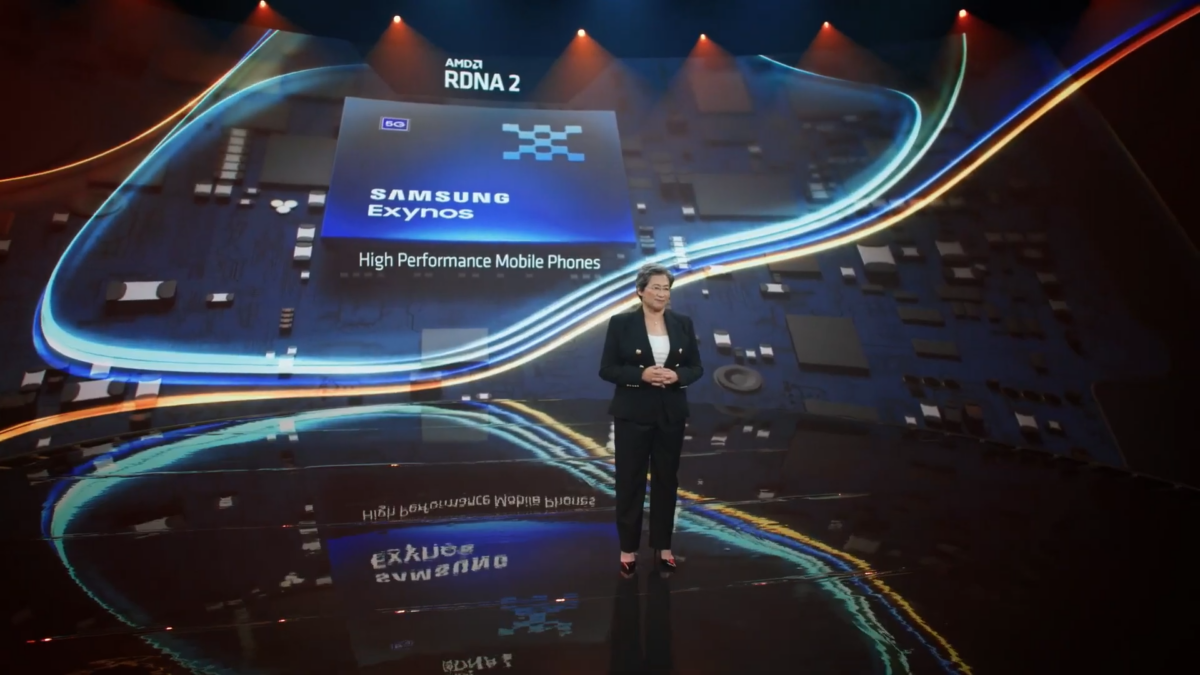 When Samsung announced that it was collaborating with AMD for mobile GPUs, expectations were high. Samsung’s Xclipse 920 GPU, based on AMD’s RDNA2 architecture, arrived with the Exynos 2200. However, it didn’t meet the high expectations that many had from it.

Even as the fate of Samsung’s high-end Exynos chipsets hangs in the balance, the company has confirmed that it will stick with AMD GPUs for future Exynos chips.

Samsung has officially confirmed that its future Exynos chipsets will continue to feature GPUs based on AMD’s RDNA architectures. We plan to continue to implement other features in the RDNA series by working closely with AMD going forward,” said Sungboem Park.

He’s a Samsung VP who works on GPU development. Park did point out that while mobile graphics technology tends to lag five years or so behind consoles, AMD and Samsung were able to incorporate the tech much faster with the Exynos 2200.

It’s pertinent to note that the Xclipse 920 GPU in the Exynos 2200 didn’t really make a name for itself in compute or graphics workloads. It’s also interesting to highlight that Samsung recently signed a deal with Qualcomm that will see Snapdragon chipsets being used in flagship smartphones worldwide.

With flagship Galaxy S and Galaxy Z series going Snapdragon-only worldwide, the AMD GPU architecture will likely be limited to Exynos chips made for mid-range Galaxy devices. Samsung does have the option to use Exynos chips in flagships if it so desires. If in the future it has a more competitive Exynos chip, the company could use that instead of the latest Snapdragon.

There have been reports that Samsung has set up a dream team to work on a new flagship processor, one that would be a true powerhouse and may overcome the difficulties that its recent high-end Exynos processors have faced. Whether or not that project materializes remains a mystery for now.