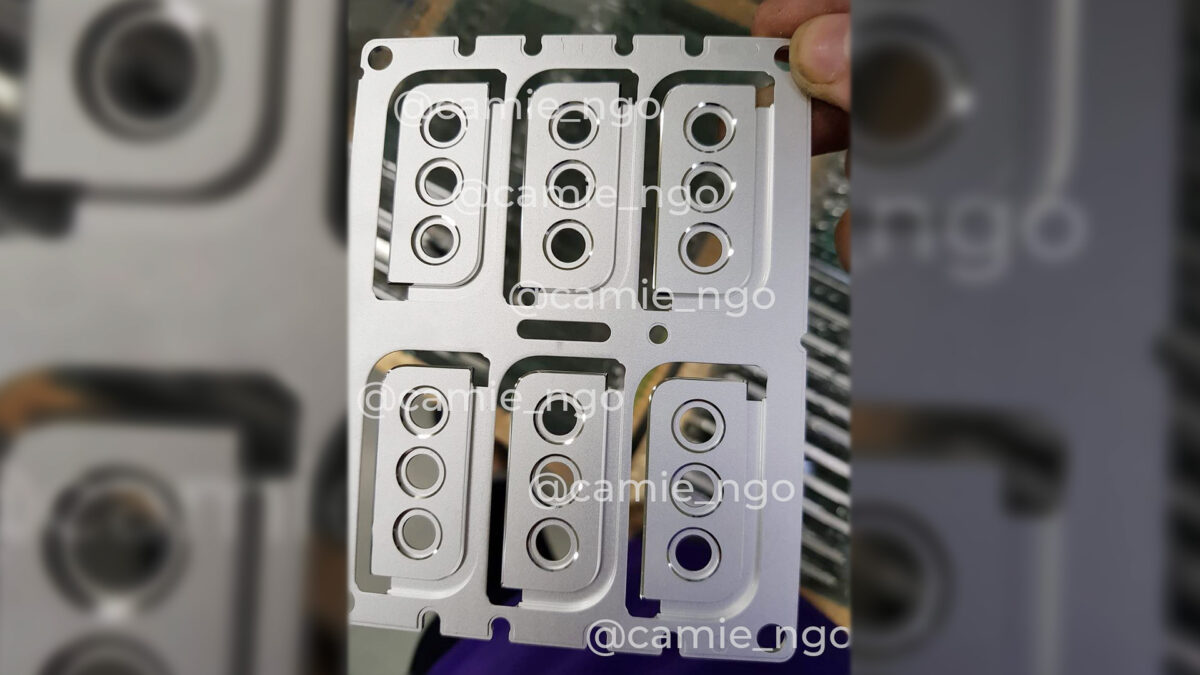 A real-life photo of what’s purported to be the triple-camera housing intended for the Galaxy S21 leaked online earlier today, adding even more credence to the possibility of quite a significant design departure compared to this year’s Galaxy S20 range. The image featured below was sighted less than a week since we got our first good look at the design Samsung supposedly greenlit for the next generation of the Galaxy S family.

While the initial reaction to this sort of mixture of elements reminiscent of the Terminator’s half-melted face wasn’t universally positive, most initial reactions seem to at least be cautiously optimistic about this new design language. Especially given how the number of lenses embedded into the backs of our flagship smartphones will only continue increasing for the foreseeable future.

For added reference, we already saw how this new aesthetic is likely to reflect on the Galaxy S21 Ultra, as well as the Galaxy S21+.

Has Samsung figured out how to make a bunch of cameras look not ridiculous?

Finally, assuming this leak is legitimate, then its timing is yet another indicator that the Galaxy S21 lineup will be launching earlier than usual. This possibility has been rumored about for a while now, with Samsung reportedly rushing its next flagships to the market as an attempt to orchestrate a strong start to the year following a pretty underwhelming 2020. Not to mention the fact there is currently one less enormous rival to worry about in the flagship segment, with Huawei being out of the picture for the time being.

All things considered, it would appear Samsung is preparing to announce the Galaxy S21 range in January instead of February, meaning its next trio of high-end smartphones should hit the market about a month in advance, as well. That’s still just a tentative name, mind you, as the company may still decide to market the new products as part of the Galaxy S30 series.