Hi-res all the way: Galaxy A22 breaks cover in some super-crispy renders 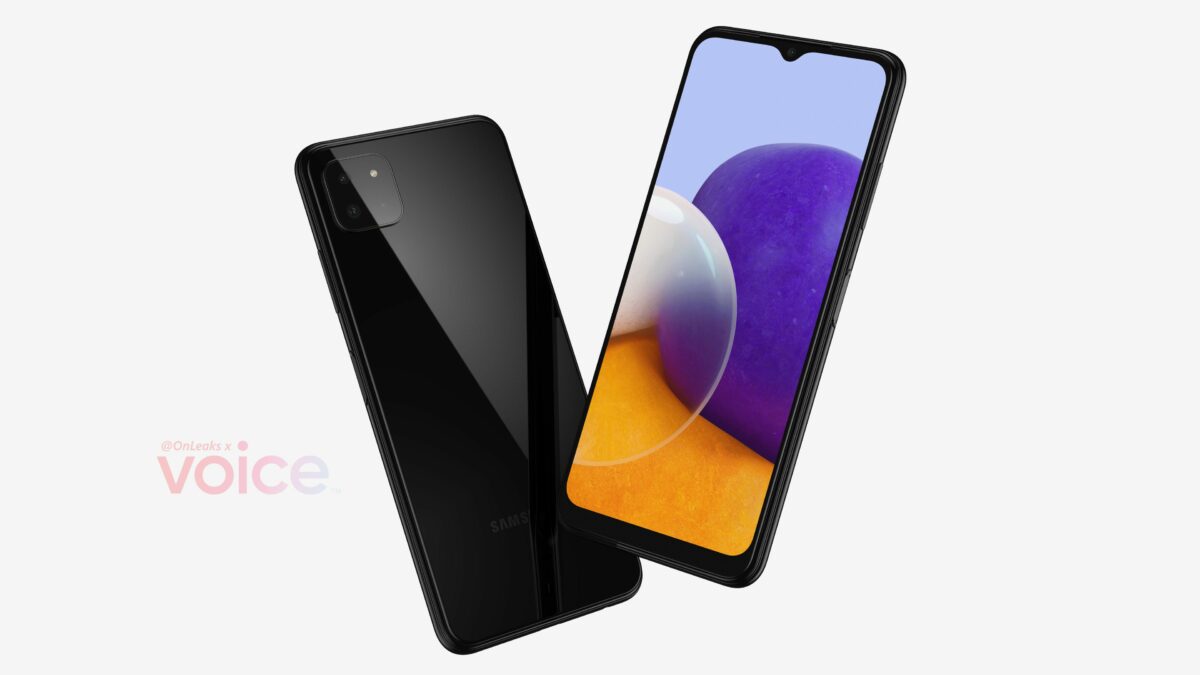 Despite being speculated on for months by now, it wasn’t until today that the ostensible Galaxy A22 finally broke cover. Shared by well-known industry insider Steve Hemmerstoffer – @OnLeaks – these first depictions of the Galaxy A22 appear to paint a promising picture of Samsung’s upcoming budget smartphone. As is customary for this source, these renders are unofficial in nature, but they’re based on likely final factory specifications of the Galaxy A22.

This is also the basis for the claim that Samsung’s next entry-level Android smartphone will measure in at 167.2 x 76.4 x 8.7mm. Oh, and add another millimeter for the quad-camera bump area. Also, here’s your first look at the Galaxy A22, in all of its 5K-ish glory:

A22 or not, the whole Galaxy A range is all grown up

It was only last month that we have learned some concrete details about the Galaxy A22 specifications. Most notably in regards to its camera features, which leaked in quite a convincing fashion.

This is still the most affordable 5G smartphone we expect to see this year, and by quite some margin, at that. But Samsung being Samsung, that wasn’t enough, which is why we’re reportedly also in for an ultra-budget, 4G-only variant of the Galaxy A22. It’s currently unclear whether this model will even be marketed separately, but it’s pretty much a given it won’t be releasing globally. Not compared to its 5G sibling, at least. So, exciting times are ahead for the Galaxy A line which appears to be all grown up this year. Between the impressively feature-rich Galaxy A72, a more budget-conscious Galaxy A52 and this little fellow, the lines between Samsung’s device categories have never been blurrier.

COVID-19 appears to have hit the Vietnamese smartphone market hard in Q3 2021. Smartphone shipments decreased by 28% year-on-year, triggered by restrictions related to coronavirus, lockdowns, and the closure of shops and malls. However, amid all this, Samsung increased its market share in Vietnam to almost half. Samsung recorded an impressive 49% smartphone market share […]