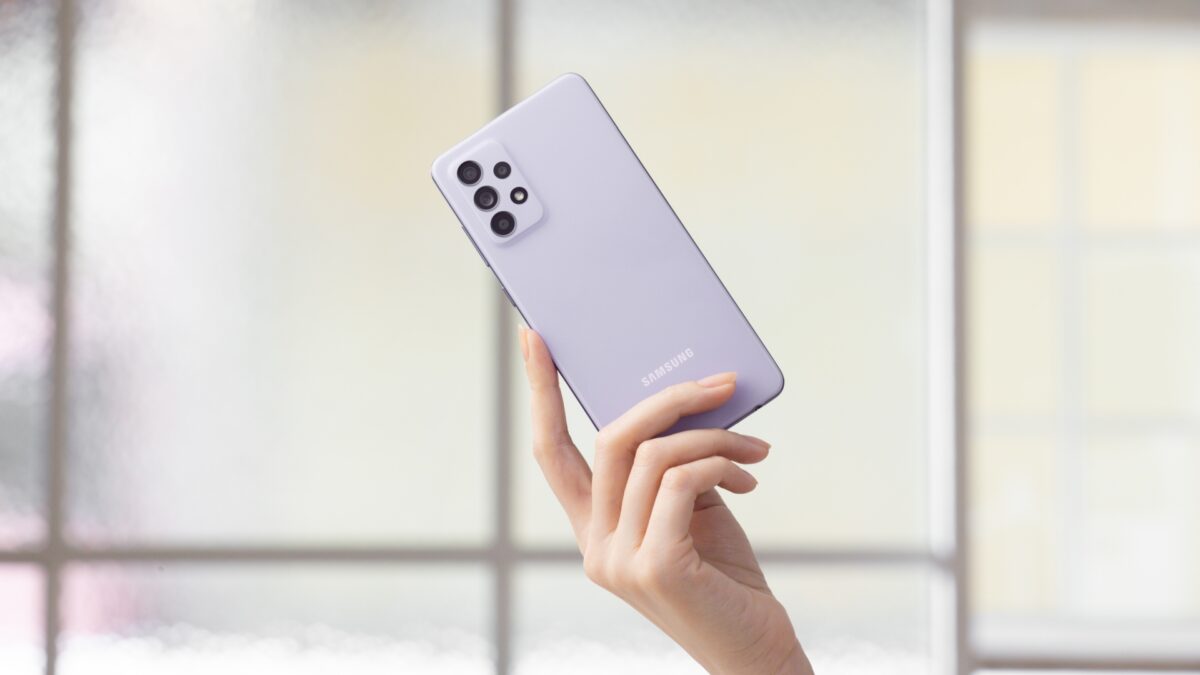 The Galaxy A32 was a surprising release on the back of Samsung’s decision to equip it with a high refresh rate display, yet the newly-launched Galaxy A52 has even more surprises up its sleeve. After all, it’s a more expensive device, and by that logic, it will offer better specs. But does the Galaxy A52 make the Galaxy A32 obsolete, and is this the reason why the budget phone was released mere weeks before Galaxy Awesome Unpacked instead of at the event?

We may never know, but this doesn’t make a Galaxy A32 – Galaxy A52 side-by-side comparison less meaningful. On the contrary, it might bring us closer to the truth, or at the very least, it will give a clearer understanding of how Samsung’s time and resources were distributed between the two new Galaxy A models. Hint: there seems to have been some positive bias towards the Galaxy A52.

The Galaxy A32 and Galaxy A52 differ in many other ways, but since we already know that the Galaxy A32 5G is lacking in a few important areas, we’ll disregard it for the time being and focus on the Galaxy A32 4G and how it compares to the slightly newer and pricier Galaxy A52.

As a reminder in case you think we’re being unfair towards the budget phone, the Galaxy A32 5G’s main and arguably only advantage over its 4G sibling lies in the MediaTek Dimensity 720 5G chipset. Beyond that, the 5G variant has a lower-resolution 60Hz TFT HD display, lower resolution main, depth, and selfie cameras, and a side-mounted fingerprint sensor instead of an in-display sensor, though some could consider this a plus.

The Galaxy A32 (4G) and the Galaxy A52 have relatively similar display characteristics, and yes, this is true even considering the obvious design differences between Infinity-U and Infinity-O.

The phones take advantage of a Super AMOLED display with a 90Hz refresh rate (120Hz for the Galaxy A52 5G), a FHD+ resolution, and up to 800 nits of brightness.

That’s not to say the Galaxy A32 at 90Hz will perform the same as the Galaxy A52 at the same refresh rate. The former phone ships with a MediaTek Helio G80 which is ill-equipped for certain tasks at 90Hz, while the latter will deliver a smoother experience thanks to the Qualcomm Snapdragon 720G (4G) / Snapdragon 750G (5G) chipset.

Both the Galaxy A32 (4G) and the Galaxy A52 feature 64MP main cameras with an f/1.8 aperture and autofocus, but the latter model one-ups the former with the addition of optical image stabilization, leading to sharper photos and videos.

The Galaxy A32 has an 8MP ultra-wide camera that gets the job done in natural daylight, whereas the Galaxy A52 boasts a more capable 12MP shooter that should perform a little bit better in all conditions. We’ll test this in our upcoming review.

Finally, the depth and macro sensors are similar across both phones, and the Galaxy A52 has a higher-resolution 32MP selfie camera.

As for the software, it’s just another reason why the Galaxy A52 is set to deliver a superior camera experience. Although both phones ship with Android 11 and One UI 3, you’ll find that the Galaxy A32 is missing more features while the Galaxy A52 delivers a near-complete flagship-grade experience.

It offers Night Mode, 4K video Snapshot, and Fun Mode, which is an AR-based filter developed — or at least marketed — in partnership with Snapchat. Last but certainly not least, the Galaxy A52 boasts Pro Video Mode, and that’s a huge plus for content creators.

Samsung describes the 2021 Galaxy A series as having a minimal camera housing design and layout. Both the Galaxy A32 and the Galaxy A52 can pride themselves on this trait, but perhaps the former model is truer to the definition.

They both feature Gorilla Glass 5 screen protection and a plastic back, but regardless of which camera housing design you prefer, the Galaxy A52 does look more contemporary on the opposite side thanks to the Infinity-O display.

If none of the details above matter, there’s one characteristic that really does, and that’s the phone’s newfound dust and water resistance. The Galaxy A52 is the only phone here to boast an IP rating (IP67 to be precise). And as a bonus — because why not? — it has stereo speakers with Dolby Atmos.

Thankfully, the Galaxy A52 addresses one of the Galaxy A32’s biggest drawbacks and, as a result, it supports 25W fast charging, though it should be noted that it ships with a 15W charger. Combined with a more energy-efficient chipset and perhaps better software optimization, the Galaxy A52 might be able to match or even surpass the Galaxy A32 in terms of battery life.

Both the Galaxy A32 4G and the Galaxy A52 have a place on the market and neither seems to be a threat to the other. Nevertheless, it could be argued that: firstly, the Galaxy A52 is a better value proposition in the grand scheme of things, and secondly, Samsung is biased towards its success. It’s certainly more future-proof and it will deliver a more complete and closer-to-flagship experience in terms of both hardware and software.

If you can’t decide between the two, it’s likely because of the difference in price more than anything else. The Galaxy A52 offers too many advantages to ignore, so if you can’t stretch your budget, at least try going for the 4G variant of the Galaxy A32 and not the 5G model. And if you’re in it for the sake of 5G then, well, the Galaxy A52 is the only reasonable choice. It certainly feels like the 5G-enabled Galaxy A32 is now obsolete, though maybe it was never in date concerning some of its specs, ahem, TFT.

As for the Galaxy A32’s absence at Galaxy Awesome Unpacked, perhaps the company wanted to keep the audience somewhat focused on what’s arguably one of its best bets for 2021 — the Galaxy A52 — without the Galaxy A32 5G stealing the spotlight for the wrong reasons. Either way, the Galaxy A32 4G and the Galaxy A52 are both great phones. You can’t really go wrong with either, but we still think that you’d probably have a better time with the Galaxy A52, regardless of whether it has 4G or 5G connectivity.