Benchmark reveals new Galaxy J8 may be in development

It appears Samsung is gearing up to revamp the Galaxy J series this year. Benchmarking websites are flooded with seemingly new Galaxy J series models which may launch sometime soon. Many of these devices were also part of the unannounced Galaxy devices list found in the leaked Galaxy Note 8 Oreo firmware.

After the alleged Galaxy J4, Galaxy J6, and the US variant of the new Galaxy J3, a device bearing the model number SM-J800FN has been spotted in the Geekbench database. If we go by the current model numbers and respective names, the SM-J800FN will probably launch as the Galaxy J8. Apart from the benchmark listing, there is also evidence supporting firmware development for the Galaxy J8.

Powered by an Exynos 7870 chipset

As per the benchmark result, the Galaxy J8 is powered by an Exynos 7870 processor clocked at 1.6 GHz and 3GB of RAM. The device runs Android 8.0, which should (hopefully) be a given for any new Galaxy device from here on. The Exynos 7870 is an octa-core processor that is already used in other Galaxy J series phones like the Galaxy J5 (2017), Galaxy J7 (2017), and Galaxy J7 Prime, etc. The revealed specs are similar to the current Galaxy J7 and other J series phones, begging the question if this is another rebranded Galaxy J series phone for a specific market or a retailer.

Samsung Galaxy J series is already a crowded lineup with dozens of models and dozens of variants which differ from market to market. Some of these models have such minor differences making you question Samsung’s rationale behind creating a new device altogether.

While Samsung may be aggressively working on the new Galaxy J series phones, there is no guarantee any of these offerings will help the company in combating the products from the Chinese OEMs like Xiaomi. Smartphones from the Chinese players offer better value for money than any of the Samsung’s budget options. So, unless Samsung ensures better prices or more specifications, Chinese OEMs may continue to pose a threat to Samsung. 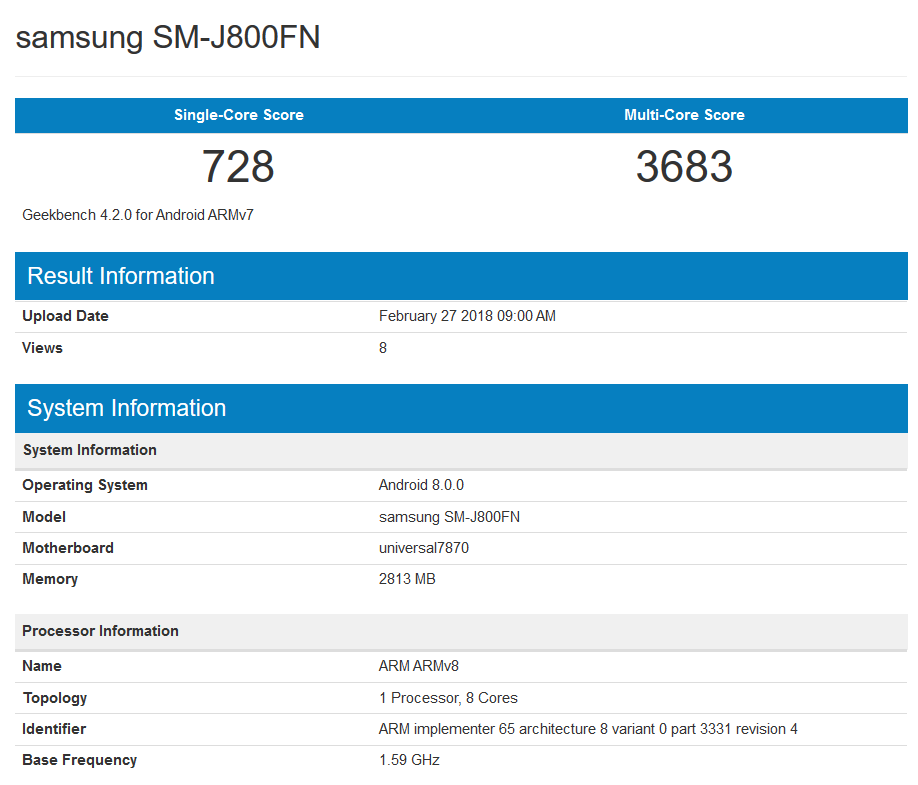