To no one’s surprise, Samsung’s tablet shipments declined in Q2 2018 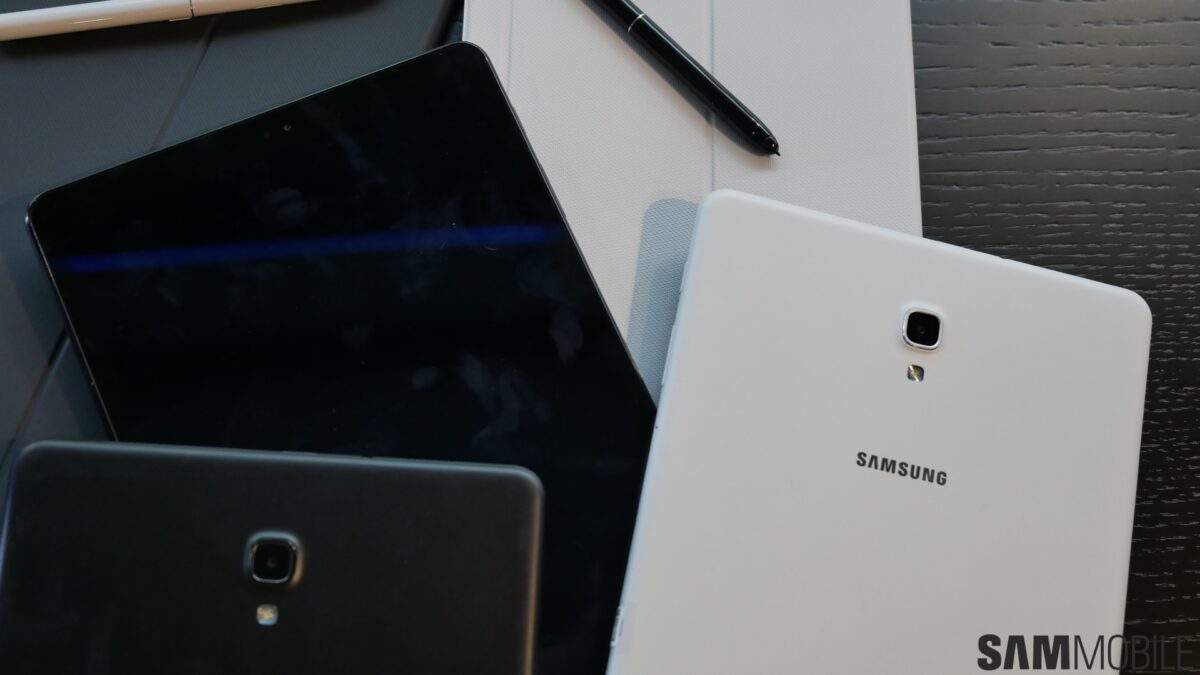 The once-booming global tablet market has been on the decline for a long time now. It appears the trend is not going to change anytime soon or at all if we go by the Q2 2018 global tablet shipment data released by IDC and Canalys. Both reports show many vendors struggling to even match their Q2 2017 performance, once again resulting in a drop in total tablet shipments during the quarter.

Data from the IDC Worldwide Quarterly Tablet Tracker shows the global tablet market declined by 13.5% year-on-year to 33 million units. Apple managed to retain the top rank by shipping 11.5 million tablets, a modest but impressive 0.9% annual growth. Samsung saw its shipments drop by 16.1% as it shipped only 5 million units in the quarter. The company still managed to hold on to the second rank with 15.1% market share – less than half of Apple’s 34.9% grab. Just as with smartphones, Huawei registered the highest annual growth at 7.7%, enough to place it third on the list. Amazon had the worst quarter of all with a 33.5% YoY drop in tablet shipments.

IDC doesn’t think that the recently launched Galaxy Tab S4 will do much to change Samsung’s fortunes in the declining tablet market. 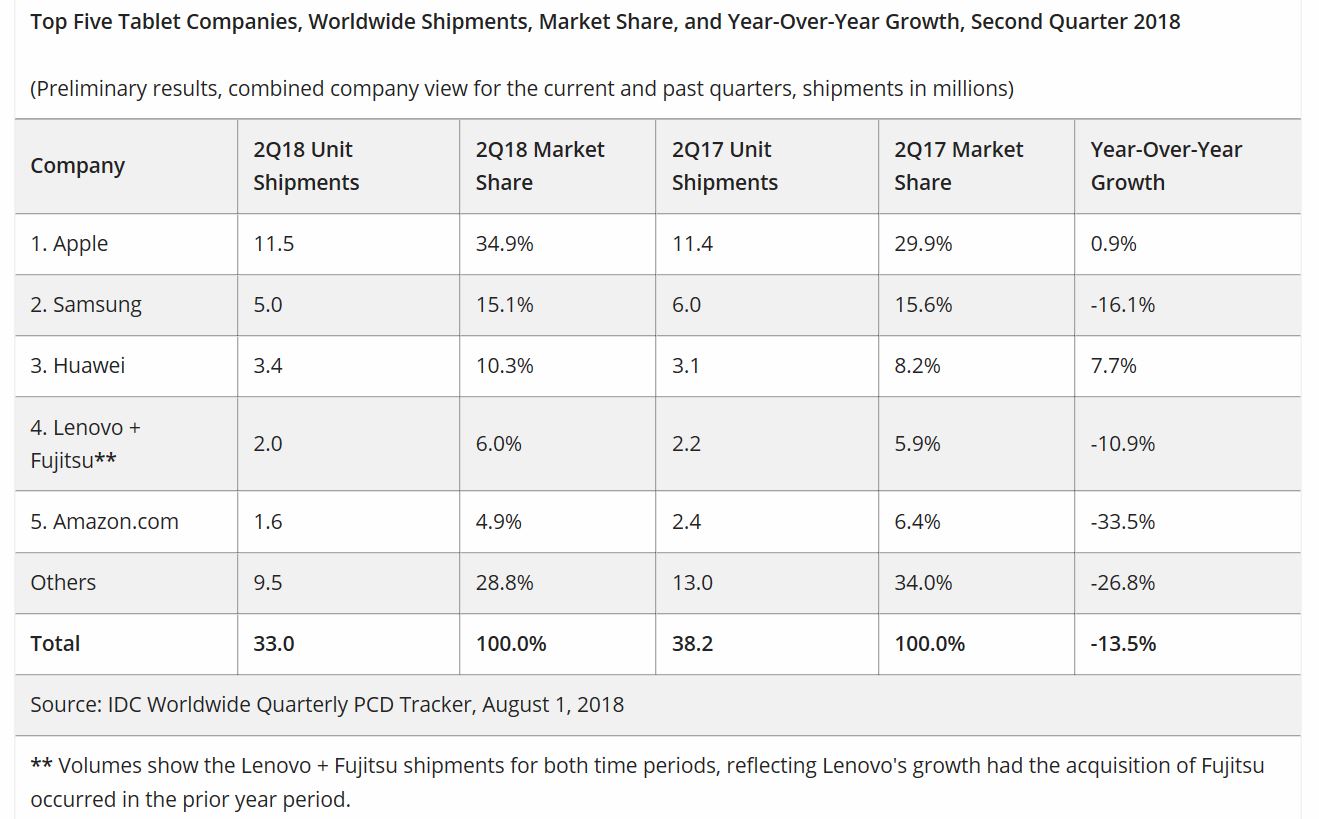 The Q2 data from Strategy Analytics echoes IDC’s findings but with slightly different numbers. Strategy Analytics says the global tablet market declined 6% annually to 40.9 million units in the second quarter of 2018. Samsung is again placed second in the vendors’ list with a 12.2% market share and 13% YoY decline in shipments.

Samsung’s performance in the tablet market doesn’t come across as a big surprise. With uninspiring new launches, premium pricing, and Google’s shift to Chrome OS tablets, it appears Samsung has given up on the Android tablet market. The question is will any of this change once Chrome OS tablets become mainstream.

We reported about the Q2 2018 global smartphone shipments data from Counterpoint Research yesterday. IDC, Strategy Analytics, and Canalys have also published the second quarter shipment numbers, and we decided to do a combined post on these new reports. All these reports agree on the state of the global smartphone market and vendor rankings, but […]