The Galaxy Tab S4 is now official. Samsung has announced its fourth-generation Galaxy Tab S tablet today, ahead of the Galaxy Note 9’s August 9 unveiling in New York. The Galaxy Tab S4 is, like its predecessors, a high-end device that doesn’t quite go into flagship territory with its specs. But there are quite a few things that make it a great overall package, including a return to a 16:10 screen ratio and a built-in DeX mode that removes the need for Samsung’s DeX dock. 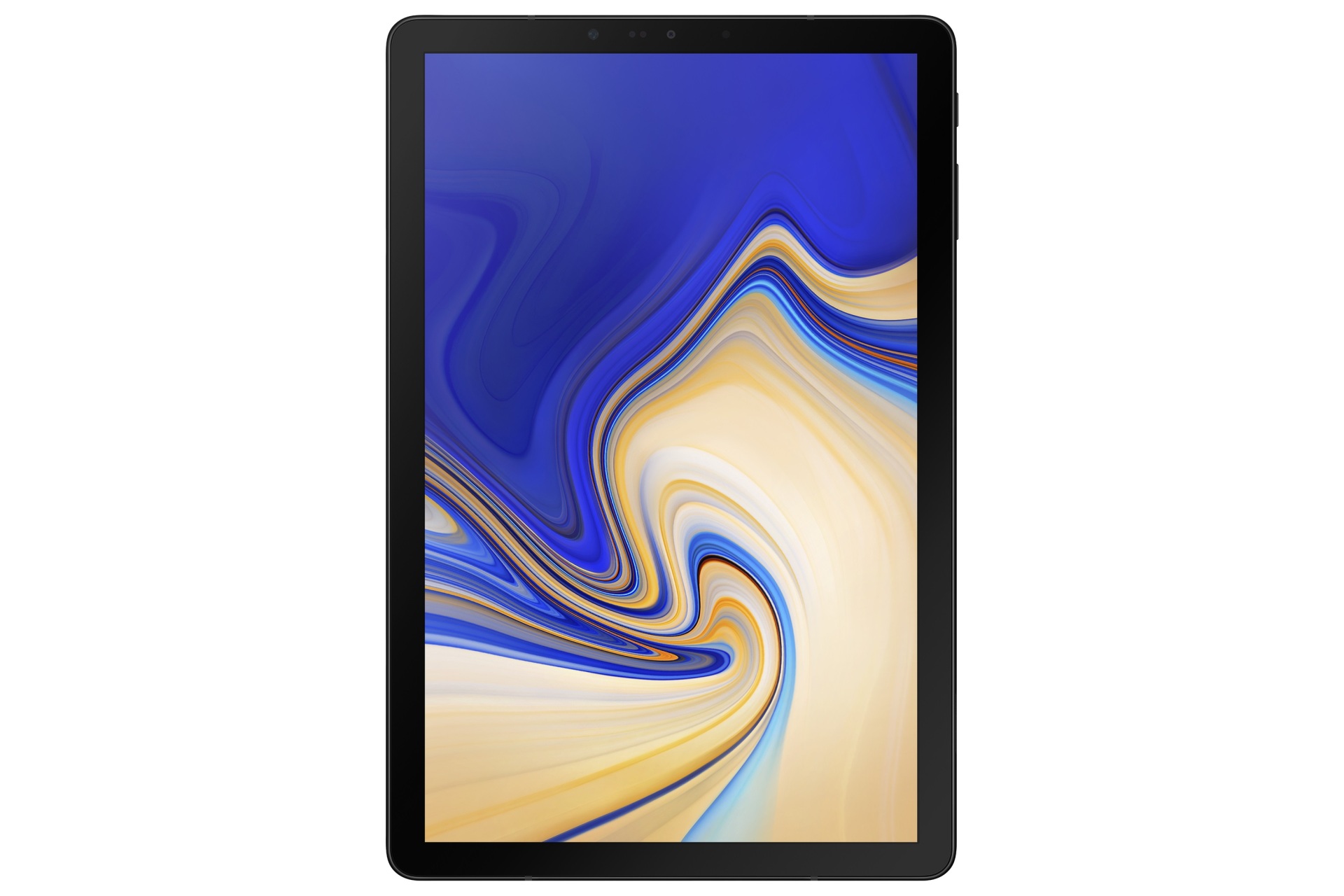 The Galaxy Tab S4 has a 10.5-inch Super AMOLED display. The 16:10 ratio means it’s suited for watching videos, something the Tab S2 and Tab S3 weren’t good enough for because of the 4:3 aspect ratio. And while it’s not exactly an Infinity display, the bezels are quite small and Samsung has also switched to virtual navigation keys. That means a fingerprint sensor isn’t there, but you do get an iris scanner and facial recognition along with the Intelligent Scan feature, making it an entirely button-less affair (not counting the volume and power keys). 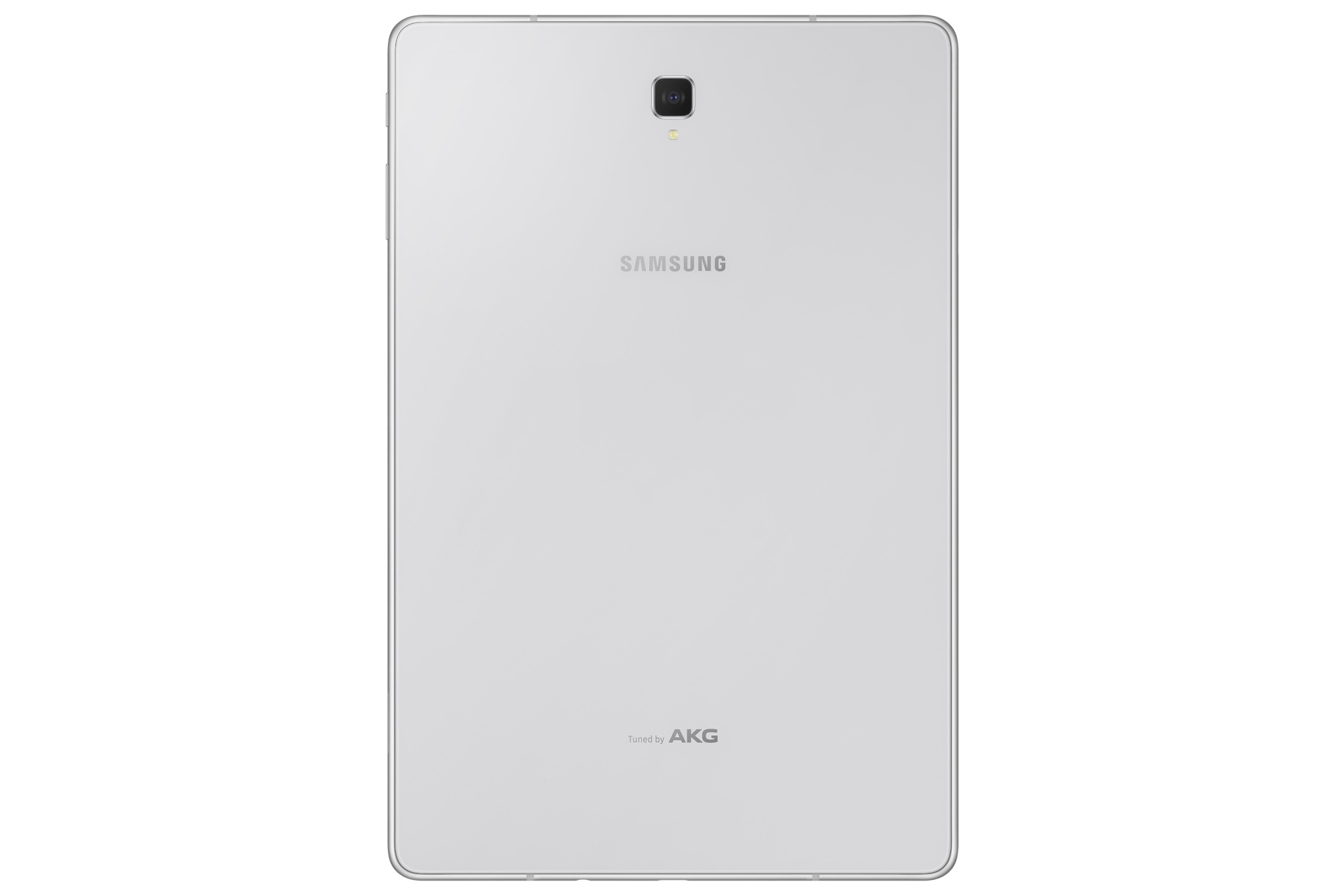 The Galaxy Tab S4 also introduces Samsung DeX support to the company’s tablets. And no, there isn’t some big DeX pad that you’ll need to buy for it. You can get a desktop-like experience right on the Tab S4’s AMOLED display thanks to a DeX Mode feature, allowing for opening desktop versions of various apps. The Tab S4 can also be used as a second screen and a drawing surface by connecting it via a USB Type-C to HDMI adapter to an external monitor.

And thanks to the included S Pen, productivity should get a further boost, though it remains to be seen how useful the stylus will be in desktop mode on the tablet. The S Pen isn’t Bluetooth-enabled, however, despite firmware files for the Tab S4 hinting at it. But you do get all the creativity features for the S Pen, including the Live Message feature that debuted on the Galaxy Note 8 last year. 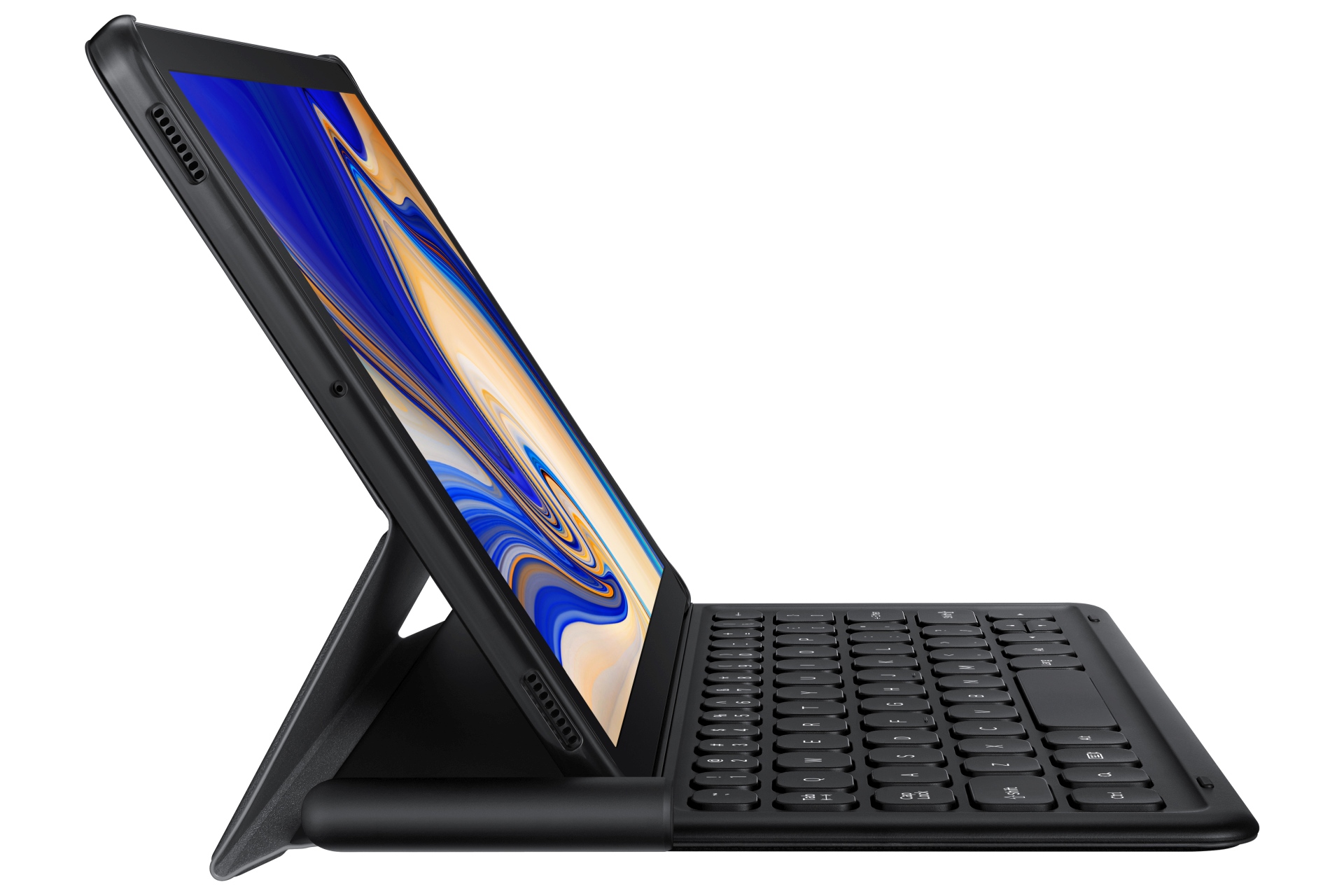 In terms of specs, the Galaxy Tab S4 is like a flagship phone from 2017. There’s a Snapdragon 835 SoC under the hood, with a maximum core clock of 2.35GHz, and 4GB of RAM and 64GB of internal storage (there’s also a variant with 256GB onboard storage). There’s a 13-megapixel camera at the back, an 8-megapixel front camera, Wi-Fi and LTE connectivity, and a 7,300 mAh battery with fast charging support and up to 16 hours of video playback. All of this is housed inside a glass body that is 1 mm thicker than the Tab S3. 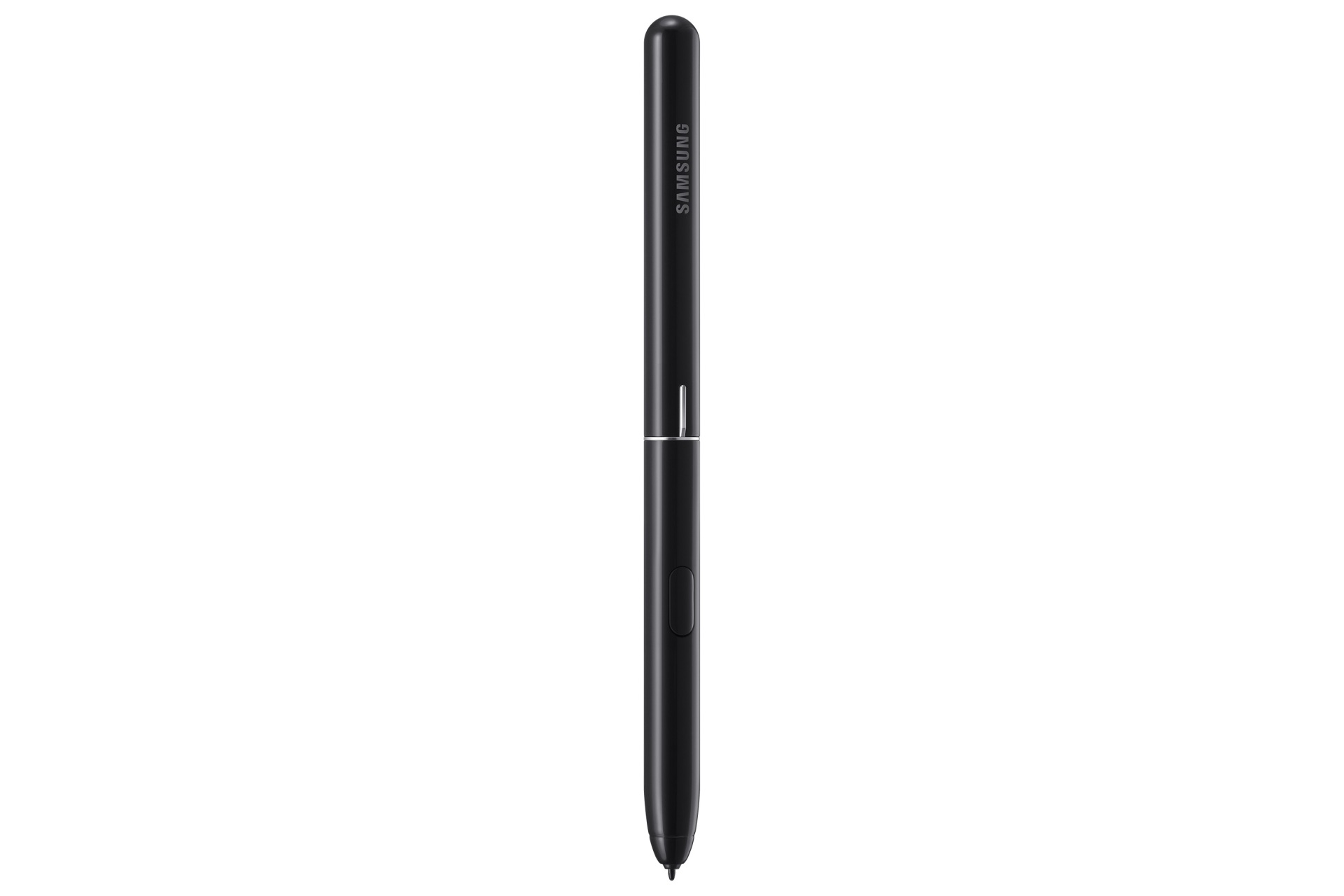 Like the Tab S3, the Tab S4 comes with four loudspeakers tuned by AKG. It also has Dolby Atmos, which should make for some excellent audio quality without the need for headphones (the Tab S3 also received Dolby Atmos support with the Oreo update). On the software front, there’s Android 8.1 Oreo with Samsung Experience 9.5, a first for any Samsung device, at least when you count devices that have been made official.

Samsung will be selling an optional Book Cover case and a Book Cover Keyboard case, both of which offer a slot for sticking the S Pen in (yes, there’s no slot on the tablet for the stylus). There’s also a new charging stand that lets you prop the tablet up and use it as an always-on display with gallery pictures and information such as the time, weather, and calendar events.

The Galaxy Tab S4 will go on sale later this month in black and grey color options. Do check out what we think about the tablet in our hands-on impressions. For a look at the specs, check out our devices page. 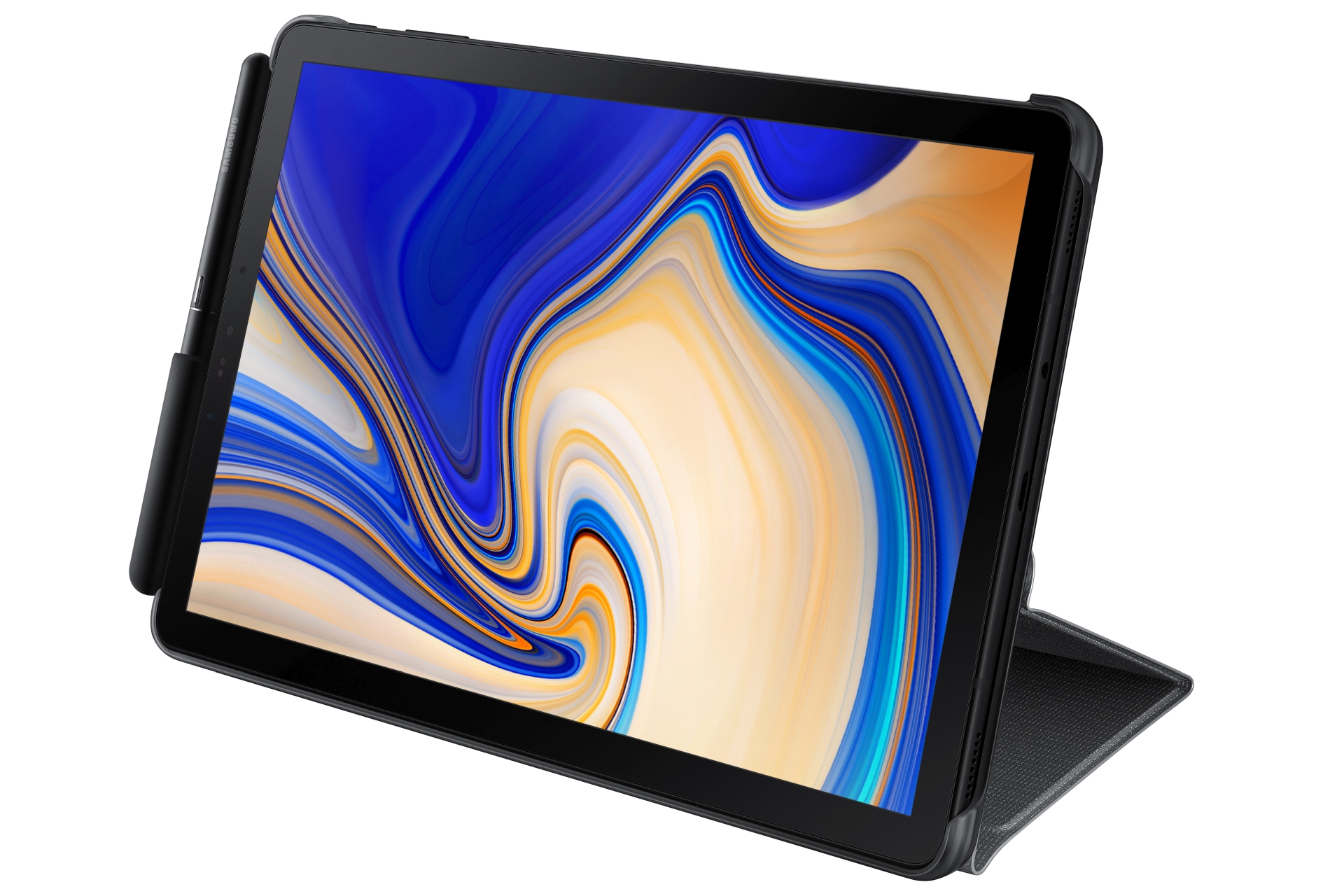 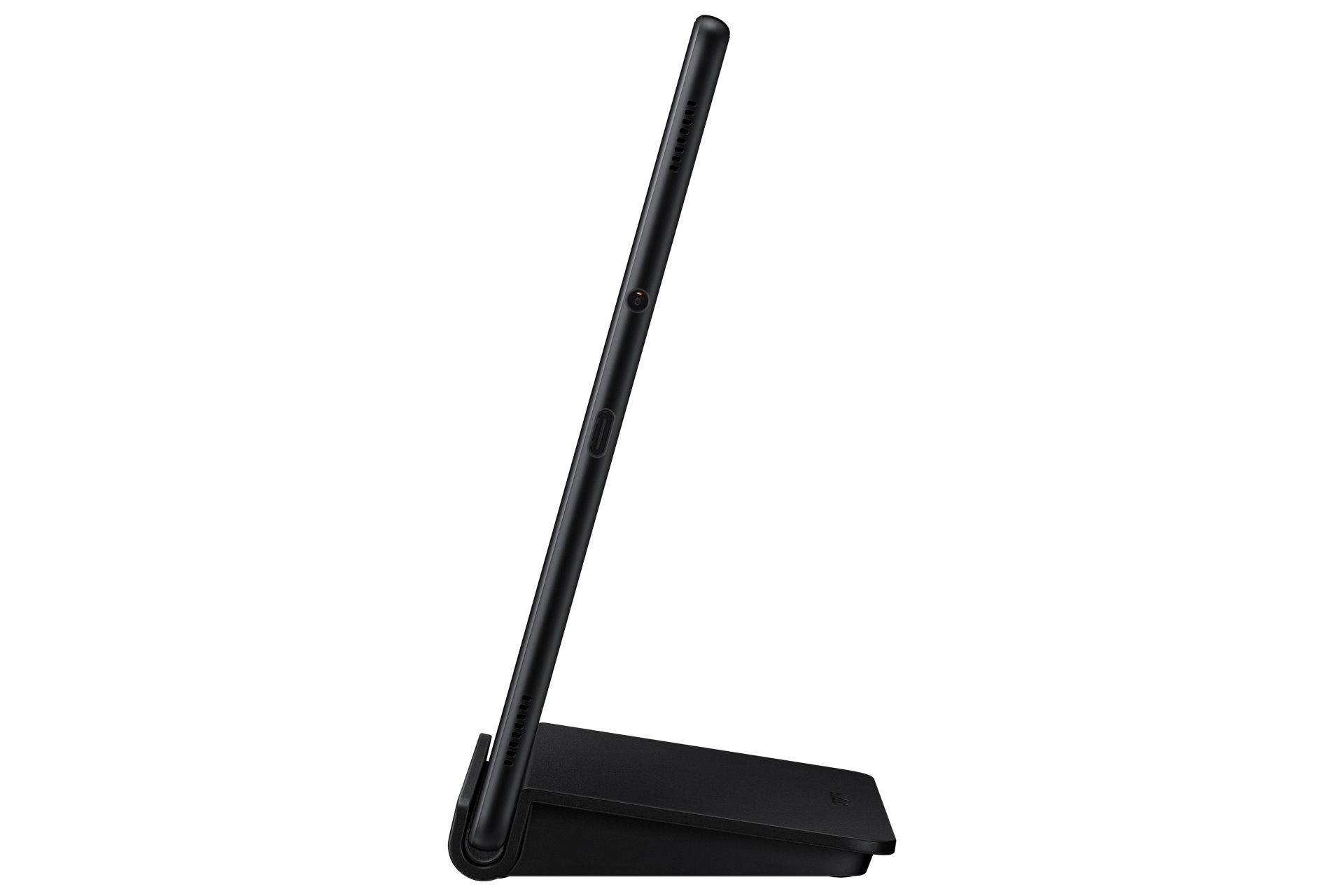 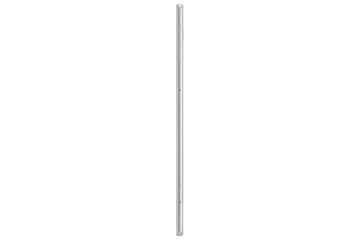 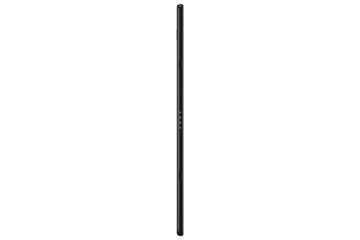 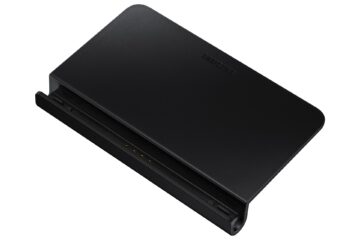 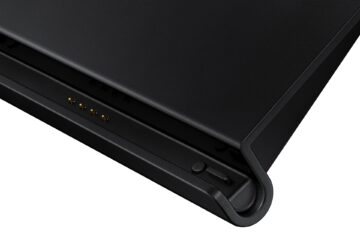 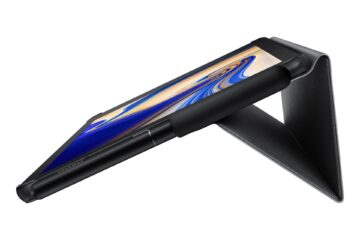 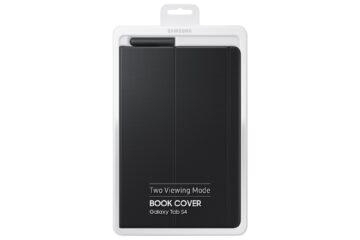 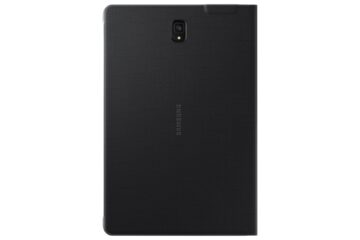 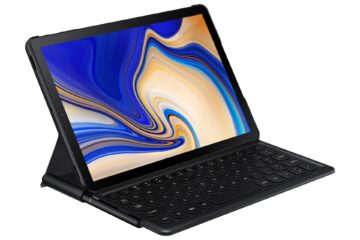 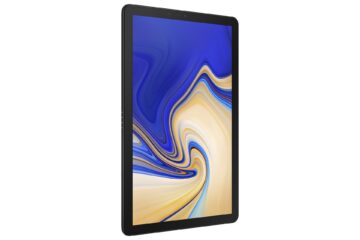 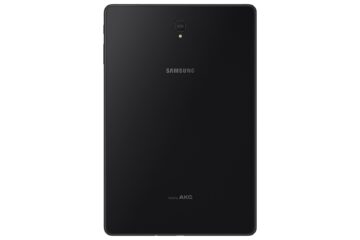 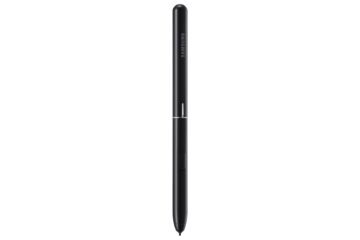 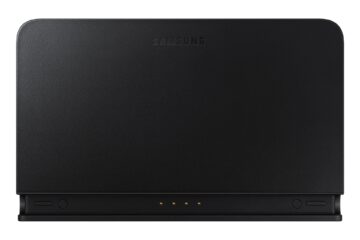