Only last week, we detailed the previously leaked Smart Glow notification feature that will bring complex notification features to future Galaxy phones. Though we expect it on more devices in the future, the first phone to launch with Smart Glow is the Galaxy J2 (2016). Now, we can show you what it looks like on that device.

The image below shows the rear of the Galaxy J2 (2016), including the Smart Glow ring around the camera lens. The ring will light up in different colors to signal incoming or missed calls or messages. It can also indicate a low battery level, and aid in taking selfies when using the rear camera.

Though future versions of Smart Glow will bring weather information and even measure the user’s heart rate, on the Galaxy J2 (2016) functionality will be limited at first. However, based on the functional potential of the feature, we would not be surprised if Samsung ends up including it in higher-end devices next year, including, possibly, even the Galaxy S8. The J2 (2016) itself will be officially unveiled in India later this week. 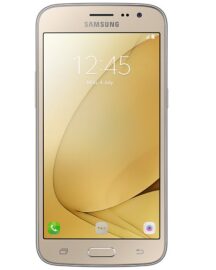 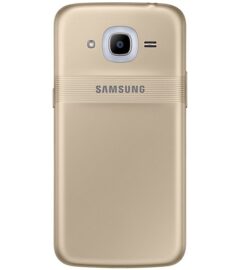 (Thanks for the tip, Ahmed!)