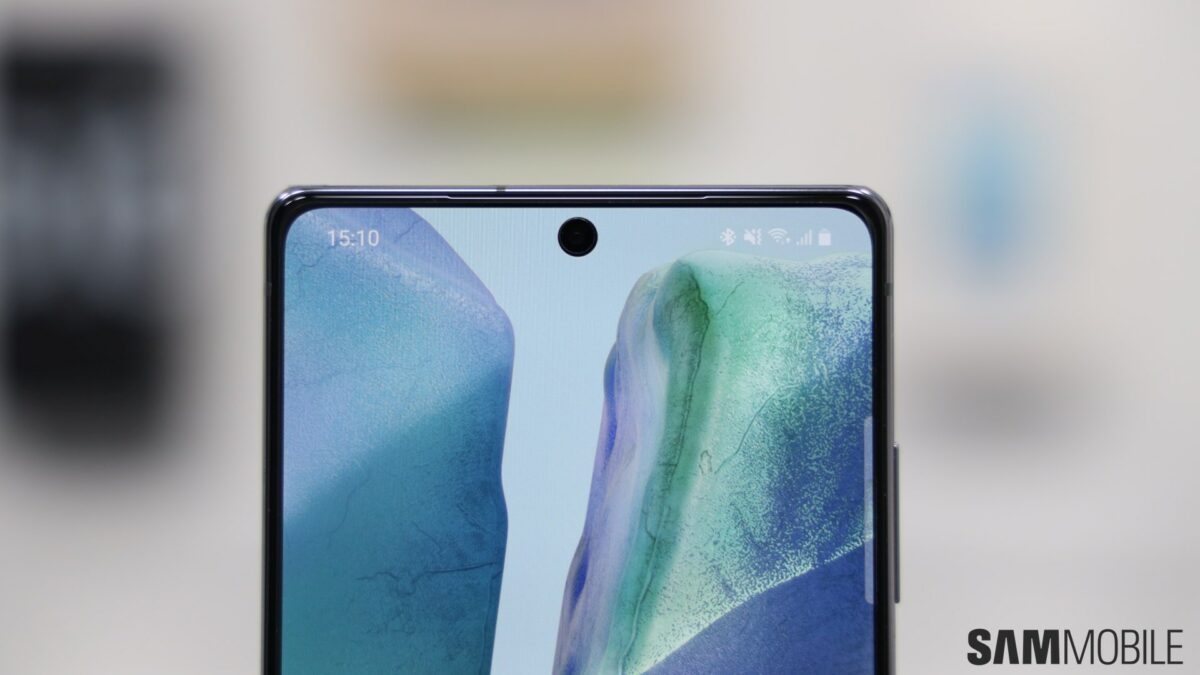 Much has been written about under-display camera (UDC) technologies in recent times, and not just because of Samsung’s interest in the concept. After all, invisible mobile cameras offer just the right balance of coolness and feasibility to have a seemingly legitimate shot at being one of the next big things in the smartphone space. And after years of research and development, Samsung might finally be ready to commercialize UDC tech this year, recent reports indicate.

The problem is – most of us are likely to be less than thrilled with the end results.

How much are you ready to sacrifice for a 100% screen-to-body ratio?

Don’t forget that Samsung’s fascination with under-display cameras is largely rooted in its pursuit of truly full-screen smartphones. And based on the sheer volumes of relevant reports, the company has been close to commercializing UDCs for at least a couple of years by now. The fact that it didn’t suggests it didn’t deem the trade-offs to be worth it.

That’s certainly saying something, seeing how we’re talking about the same company that was eager to commercialize things like curved displays and in-display fingerprint readers even as their implementations were clearly half-baked, at best. Capturing images between pixels is a tricky task to accomplish. This much is evidenced by the fact that Qualcomm’s invisible fingerprint readers are still slow and inconsistent compared to more traditional scanners.

The Galaxy S21 series, scheduled to launch in less than a week from now, was another smartphone lineup Samsung reportedly considered for under-display selfie cameras. But it once again decided that sticking to a classic camera cutout is a safer play.

So, whether this mysterious tech finally debuts inside the Galaxy Z Fold 3 like recent rumors would have us believe isn’t the crucial question here. What’s more important is how much are we willing to sacrifice in order to get one step closer to a 100% screen-to-body ratio. Because you can be sure that the first generation of UDCs will deliver inferior image quality. In fact, the technology might never be good enough to rival typical contemporary cameras.

In-display selfie sensors are still likely to be part of Samsung’s 2021 smartphone plans. Especially given how the company appears to have been experimenting with some partial implementations that wouldn’t be entirely invisible but also wouldn’t require as many performance trade-offs. Though it’s not like such half-measures dispel image quality concerns.

All things considered, invisible imaging sensors still need time to mature, so try not to get too excited about under-display cameras for the time being. Or at least until we’ve seen the first generation of this tech in a mass-produced device. Samsung’s continued focus on premium mobile photography pretty much guarantees the company will keep investing in UDCs beyond 2021 even if it doesn’t end up commercializing them this year.

In the meantime, we are still waiting for an under-display mobile fingerprint reader that doesn’t feel lackluster to use, and actual cameras are way tougher customers to hide beneath pixels.