The Galaxy S20 series was the first to enter the One UI 3.0 Android 11 public beta program in early October and Samsung has been working diligently on the update ever since. The availability of the public beta program kept expanding into new markets and Samsung continues to release new beta builds, each bringing One UI 3.0 and Android 11 closer to a widespread release.

It’s unclear exactly how close the final release is, but it looks like the most important parts of the update may have already been completed. The base Galaxy S20 model running Android 11 was certified by the Wi-Fi Alliance earlier this week, indicating that the OEM might be readying the first non-beta One UI 3.0 public build for launch.

A handful of base Galaxy S20 variants have been spotted in the Wi-Fi Alliance database running Android 11. At the time of writing, such certificates exist for the Galaxy S20 LTE and 5G, and they include model numbers destined for the international and US markets.

The Galaxy S20+ and Galaxy S20 Ultra haven’t received the same treatment. However, they more or less follow the same development process as the base model so they should earn their Wi-Fi approvals sooner rather than later. 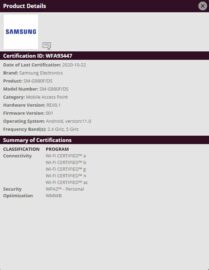 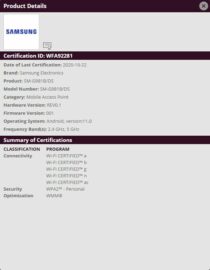 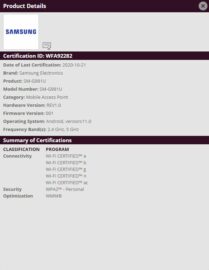 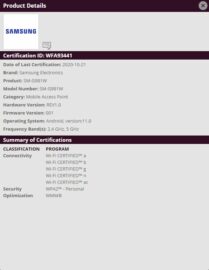