Now, about that security patch: The April 2018 patch brings fixes for seven critical Android vulnerabilities and eight vulnerabilities that affect Samsung’s software. If you own a Galaxy S9, you can see if the update is available in your country by going into the Software update menu in your phone’s Settings app and tapping Download updates manually. The full firmware for the latest update is also available in our firmware database, and you can also use Samsung’s Smart Switch program on a PC to grab the latest update.

Have you receive the April security update on your Galaxy S9 or Galaxy S9+? 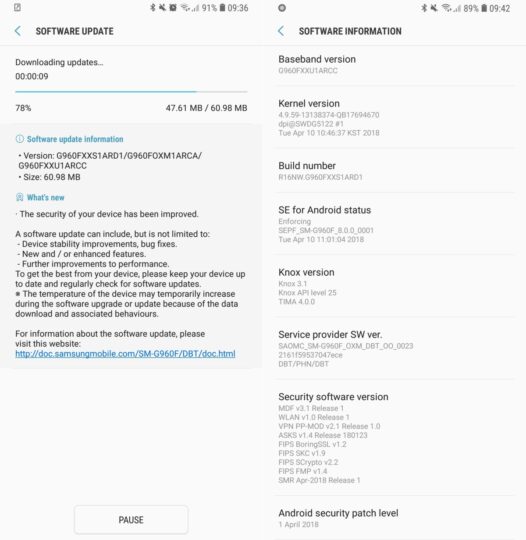