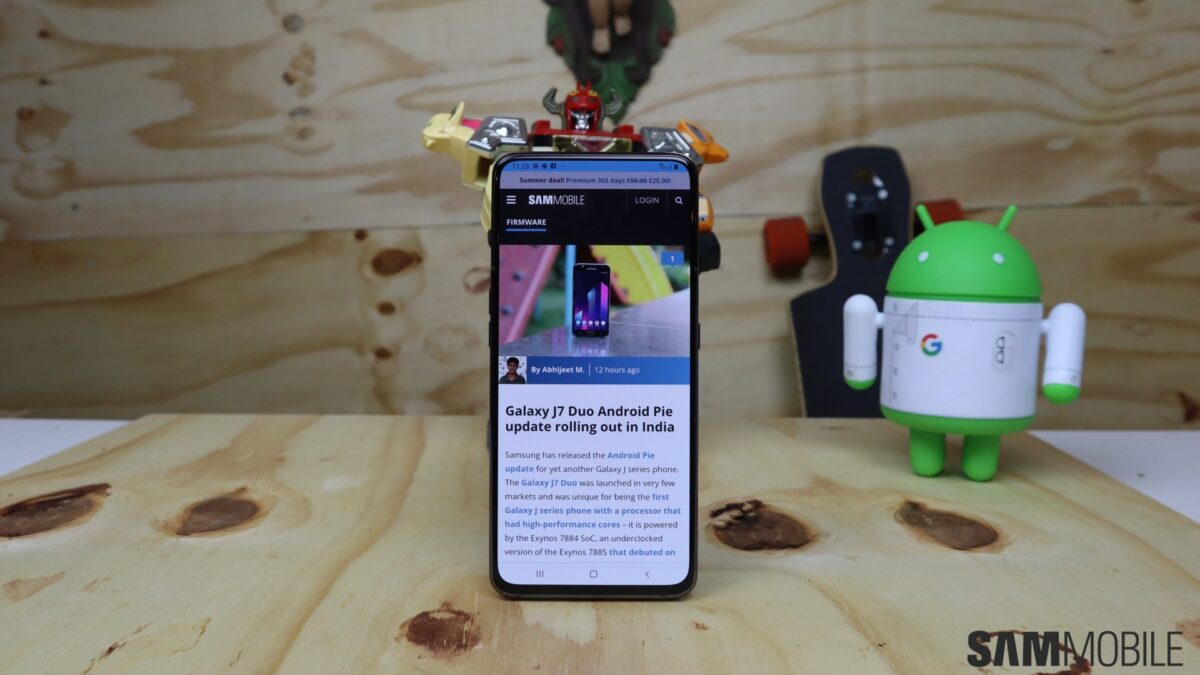 The Galaxy A90 5G has been certified by the Wi-Fi Alliance, bringing Samsung’s first non-flagship 5G smartphone a step closer to its official launch. Okay, so the A90 5G may have some flagship-grade hardware, like a Snapdragon 855 chipset and blazing fast network speeds, but it will still remain in a lower segment than Samsung’s actual flagship lineups.

In fact, we’re not sure Samsung would even use the Snapdragon 855 if it weren’t for the fact that there’s no mid-range Snapdragon or Exynos chip that supports 5G connectivity yet. Other specs of the Galaxy A90 are expected to be pretty impressive as well, like a 4,500 mAh battery and something called “tilt OIS” on a triple-camera setup, but all of it will simply make it the most high-end Galaxy A series phone, likely with a price tag that’s as hard to stomach as the Galaxy A80’s.

Samsung has already updated various Galaxy smartphones and tablets to Android 11. After rolling out the Androi …