Samsung SM-G8850 shows up on TENAA, another Galaxy S9 mini? 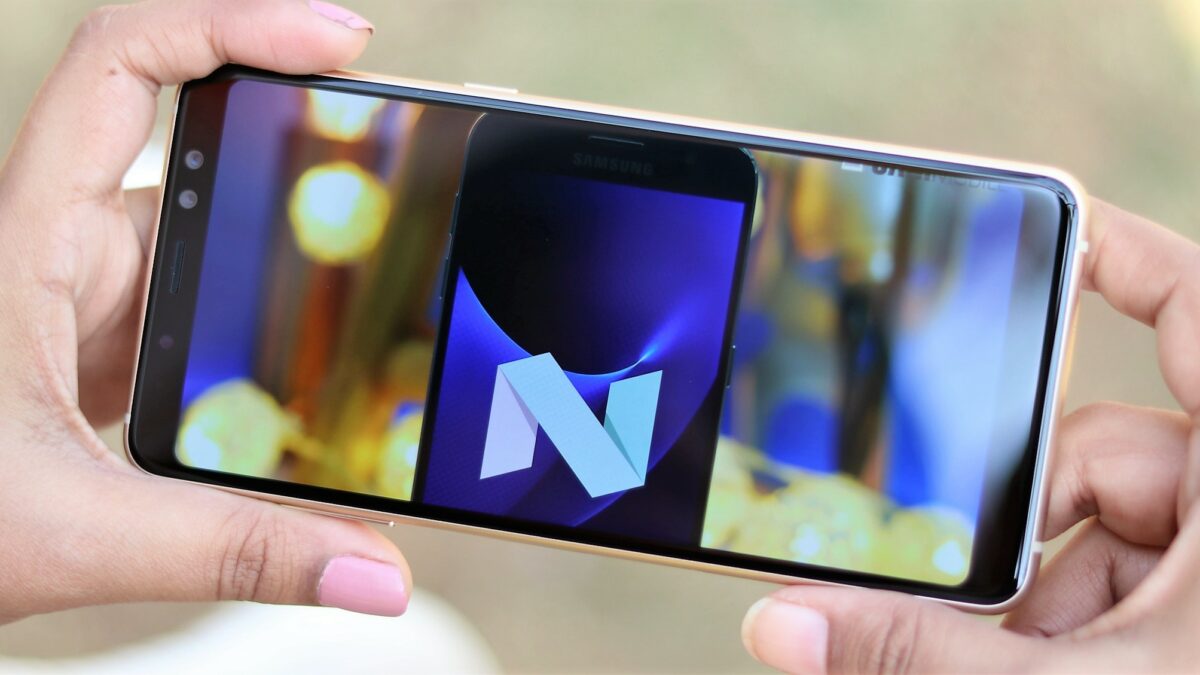 Just how many new smartphones is Samsung working on? Even if we were to ignore the multitude of devices discovered in the company’s Oreo firmware for the Galaxy Note 8, the repeated instances of many previously unseen devices showing up in various benchmarks and certifications suggests Samsung is going back to its old ways of flooding the market with options (not that the company ever stopped doing that). Even a mini version of Samsung’s latest flagship has been rumored to be in the works, but it looks like the device previously expected to be the Galaxy S9 mini might have been something else.

The SM-G8850 has a display that measures 5.6 inches when you count the rounded corners and 5.8 inches when considered as a full rectangle. That’s exactly how Samsung describes its Infinity displays when it comes to the specs on the product box, and the standard Galaxy S9 has the same screen size. The battery capacity on the SM-G8850 is the same as the regular S9 as well (3,000 mAh). 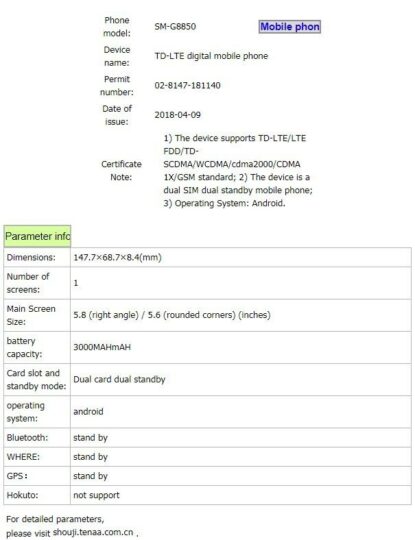 Of course, an Infinity display isn’t exclusive to the company’s flagships anymore, so the SM-G8850 and SM-G8750 might just be regular mid-rangers that aren’t related to the Galaxy S line. With Samsung saying it plans to get back into action in the Chinese market to make up for its ever-declining market share in the country, we wouldn’t be surprised if these yet-unnamed devices turn out to be new exclusive phones for the Chinese market, supported by the SM-G8850’s appearance at TENAA before other certification websites. Maybe these are slightly modified Galaxy A8 and A8+ for China? Only time will tell.