While we were arguing over why Samsung didn’t offer 6GB of RAM and dual rear cameras on the regular Galaxy S9, the company was busy finding ways how it could do that specifically for the Chinese market. The Samsung SM-G8850, which was spotted earlier on the TENAA website, has now been listed in full by the certification authority, along with images of the phone. This isn’t the Galaxy S9 mini as we had speculated, but a new variant of the regular Galaxy S9. It seems Samsung is going for an iPhone-like design to attract consumers, with the SM-G8850 sporting a rear camera setup like the one seen on the iPhone X. Is this how the Korean giant is planning to get back into the game in China? It certainly looks like it.

Galaxy S9 with a flat display for China? 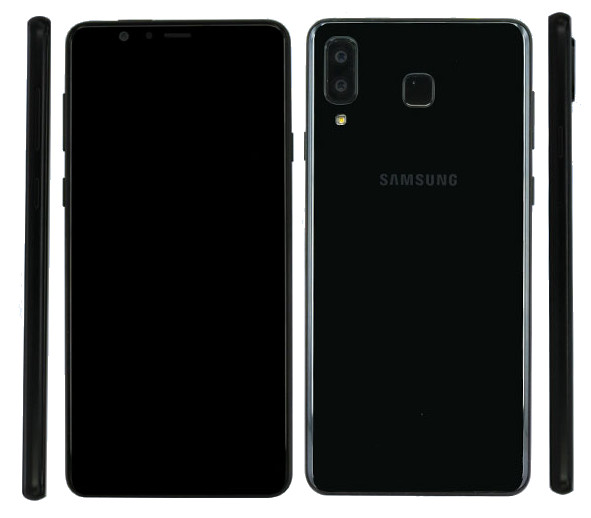 The SM-G8850’s 5.8-inch display is missing curved edges, the curves at the back of the phone are very minor, and the fingerprint sensor is shaped different from Samsung’s usual implementation as well — is it possible that these changes are what allowed the company to find space for the dual camera? Of course, the more likely explanation is that Samsung knows it has to offer its best if it intends to survive in China, but the problem here is that the regular Galaxy S9 is already available in the country. It’s possible the SM-G8850 would be exclusive to one of China’s major carriers, though there’s no way to be sure until the phone goes official or we get more information ahead of its launch.

Other specs of the SM-G8850 include an octa-core processor clocked at 2.8 GHz (so a slightly overclocked Exynos 9810), a 3,000 mAh battery, Android 8.0, an 8-megapixel front camera, and 12MP+12MP cameras at the back. Yep, pretty much what you see on the Galaxy S9 and Galaxy S9+, only this time inside a body that looks more like the iPhone. And if we look at the Galaxy C series of phones, aiming for an iPhone-like design isn’t entirely new for Samsung. If that’s what helps them sell more smartphones in the country, that’s great, but it seems like a slap in the face for consumers who had to settle for the less exciting 5.8-inch Galaxy S9 outside China.