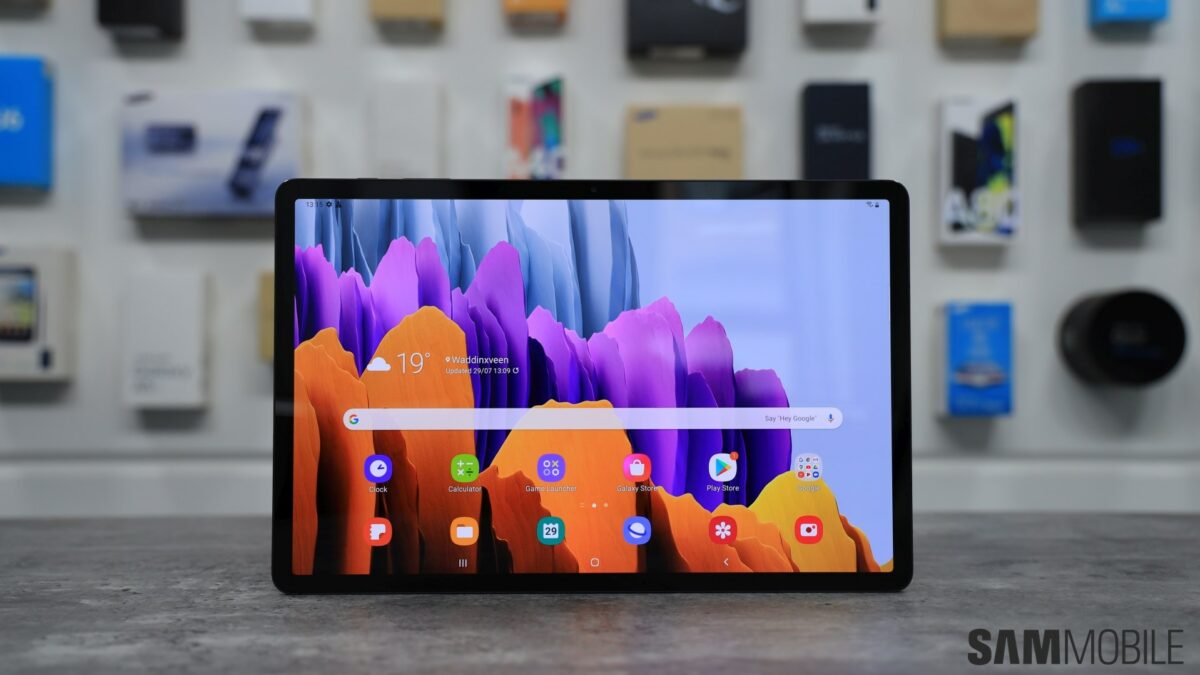 Samsung is doing pretty well in almost all its primary businesses. Yesterday, the company reported its highest-ever quarterly earnings and became India’s biggest smartphone brand. Now, a new report shows how Samsung did in the global tablet market during the work-from-home boom.

According to a new report from IDC (International Data Corporation), Samsung became the second-best tablet brand globally during Q3 2020. The company managed to ship 9.4 million tablets and grabbed a 19.8% share of the market. Samsung’s shipments showed the highest growth (89.2% higher YoY) among all top tablet vendors. As always, Apple topped the list with a 29.2% market share as it shipped 13.9 million iPads.

Amazon’s tablet market share shrunk during Q3 2020 as it slipped to the third rank. The e-commerce giant had an 11.4% share of the market and shipped 5.4 million tablets. Huawei and Lenovo were ranked fourth and fifth, respectively. You can view the complete table in the image below.

Samsung launched multiple tablets over the past few months, including the flagship Galaxy Tab S7 and the Galaxy Tab S7+. The Galaxy Tab S7+ 5G became the world’s first tablet with 5G connectivity. It was also reported yesterday that the Galaxy S20 series was the best-selling 5G smartphone series globally during H1 2020. 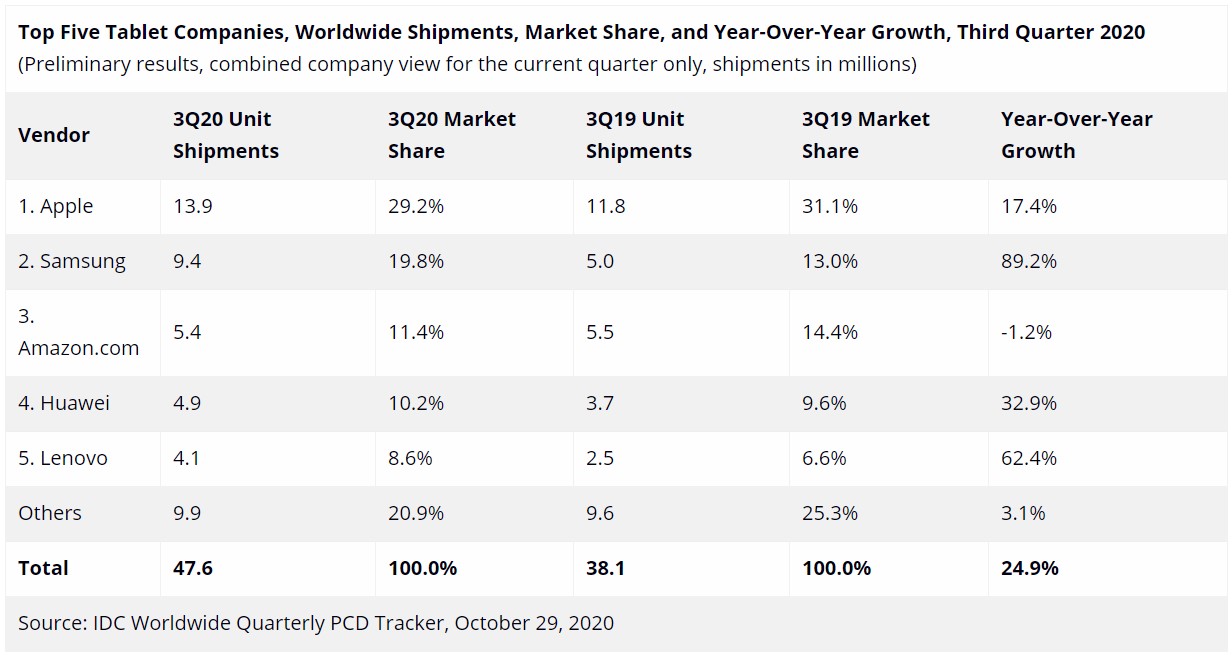