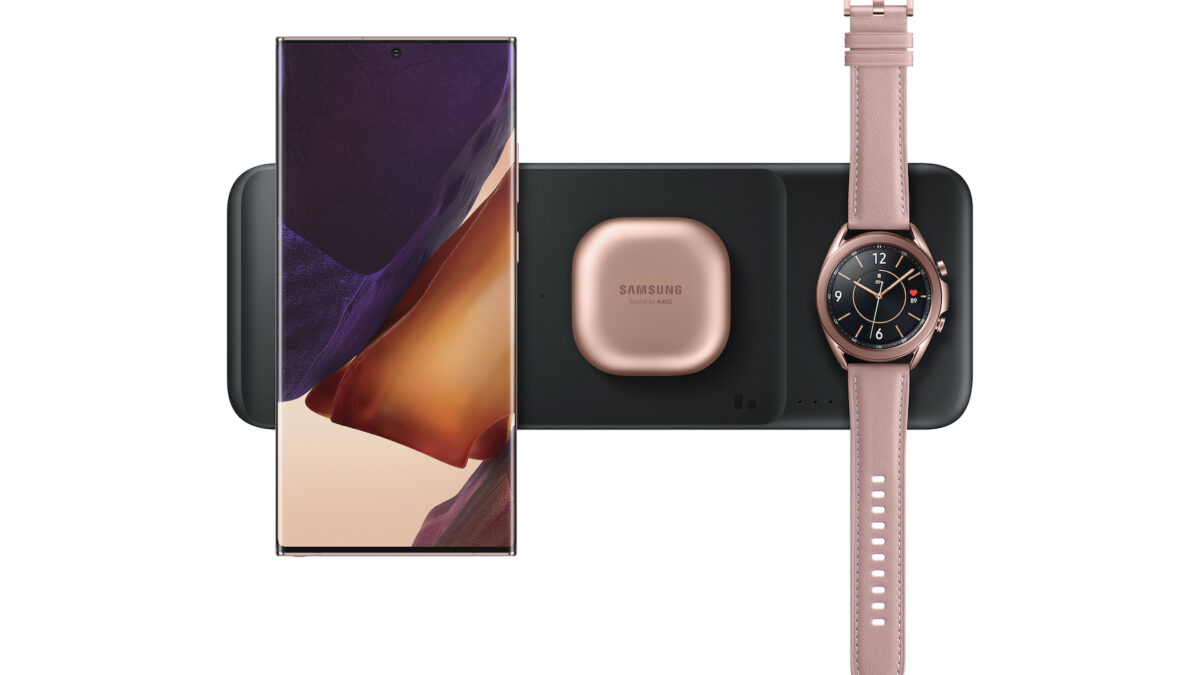 Many Samsung mobile devices support wireless charging and if you tend to use a few of them, you might be interested in a charger that allows you to wirelessly charge them simultaneously. Samsung has already released a Wireless Charger Duo, which as the name suggests, let you charge two devices at the same time.

An earlier leak had already revealed that Samsung was going to launch a new wireless charger this month. The company officially unveiled the Wireless Charger Trio today during its Life Unstoppable virtual event.

Samsung hasn’t revealed the full tech specs of the new charger but what’s evident from the images that it has released is that it will be able to charge three devices at the same time. The charging pad is large enough that you can place a Galaxy Note 20 Ultra, the Galaxy Watch 3 and the Galaxy Buds Live on it side by side.

Samsung supports the Qi wireless charging standard and that means this charger can be used to charge up any device that supports the standard, not necessarily the latest in mobile technology from Samsung.

The new Wireless Charger Trio is going to be available for purchase in the near future. It’s going to cost 99 euro.

Similar to last year, Samsung has made Thom Browne Editions of its new Galaxy Z series smartphones. The Galaxy …

Samsung had unveiled the Galaxy Fit 2 and Wireless Charger Trio two months ago. Now, the company has started s …

Samsung has launched two new charging devices in South Korea for smartphones and other mobile products. The W …