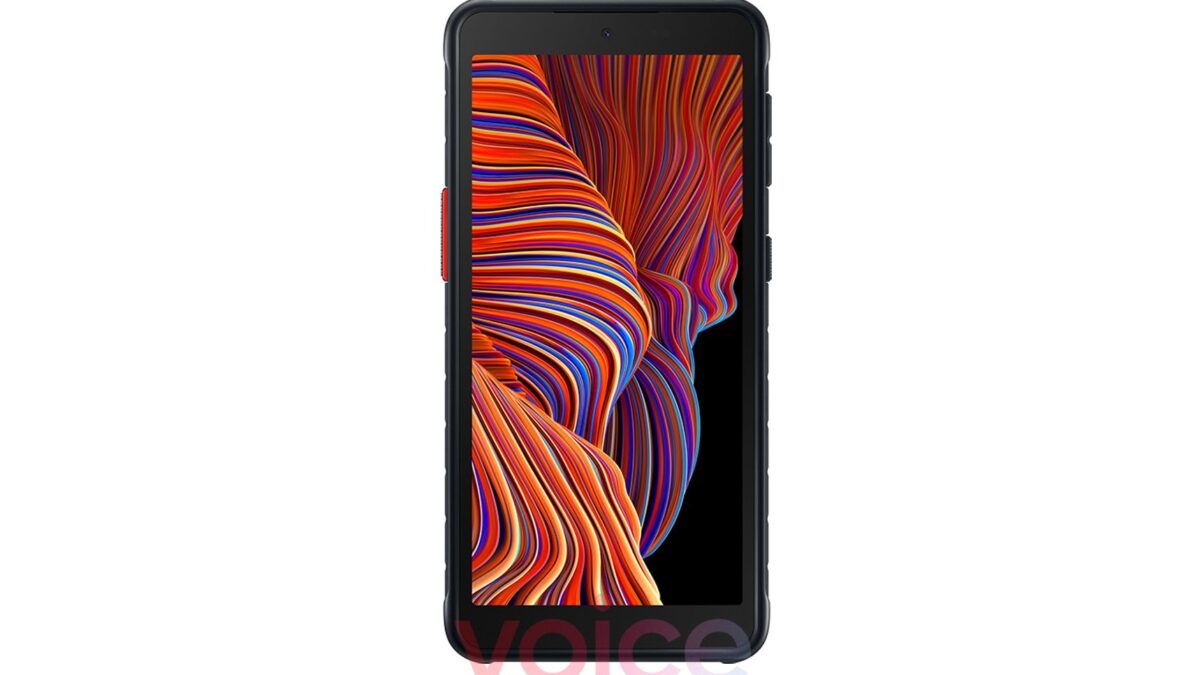 Samsung’s next-gen rugged phone, the Galaxy Xcover 5, has seemingly been in development for at least a few months but up until recently it has never been exposed in leaked renders. This changed over the weekend when the first Galaxy Xcover 5 press render was leaked by @evleaks via Voice. It reveals the phone’s design from the front, and it strongly suggests that the Galaxy Xcover 5 won’t be a direct sequel to the Galaxy Xcover Pro.

This is because the upcoming model doesn’t have a full-screen design, though oddly enough — and unlike the Xcover 4s and Xcover FieldPro — it doesn’t have physical navigation buttons either. Assuming that the render is accurate, and it most likely is given the source’s track record, the design of the upcoming Galaxy Xcover 5 will combine elements from the regular Xcover series with the Galaxy Xcover Pro.

The phone retains the red side key that should act as a dedicated push-to-talk button, but unlike the Xcover FieldPro and the Xcover Pro, the upcoming model doesn’t seem to have the additional top-fitted emergency button that can be programmed with different functionalities.

The Galaxy Xcover 5 has a selfie camera embedded in the upper bezel but pictures of the back panel are missing. According to an earlier rumor, the device should have a 16MP main camera, a 5MP selfie sensor, a 5.3-inch HD+ display, and a 3,000mAh battery with 15W fast charging, though it’s unclear if the unit will be user-removable.