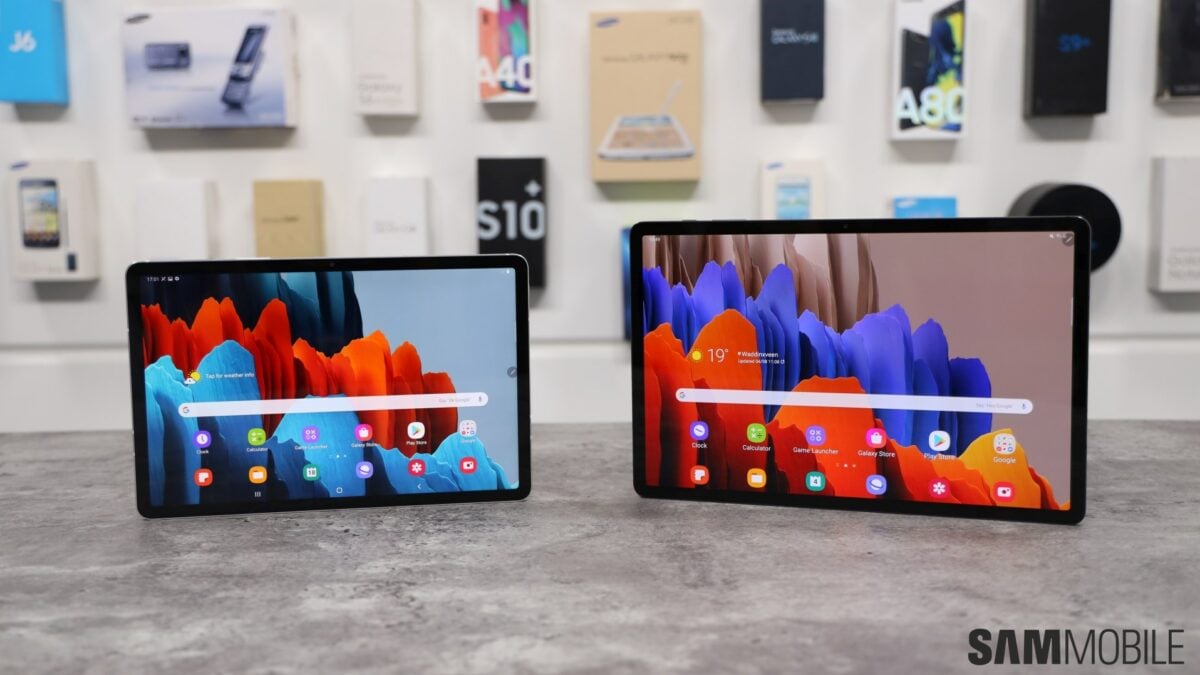 Last week, the Galaxy Tab S7 series started getting the Android 12L update in South Korea. Now, Samsung has released the update in more countries worldwide. The new update brings One UI 4.1.1 and the August 2022 security patch to the high-end tablets.

If you have a Galaxy Tab S7 or Galaxy Tab S7+ and haven’t installed the update yet, you can download it now by navigating to Settings » Software update and tapping Download and install. You can also choose to download the new firmware file from our firmware database and flash it manually.

Samsung has added multitouch gestures that improve split-screen multitasking. The updated software can also display app names in the Edge Panel. It also lets you easily switch apps between full-screen, pop-up, and split-screen views. Since Google Duo has been merged into Google Meet, you must use the latter app for video calling and live screen sharing. With the Android 12L update, you can set different calling backgrounds for each contact.

The South Korean firm has added the OCR (Optical Character Recognition) feature with One UI 4.1.1. You can extract text from images and capture live text directly using Samsung Keyboard. You can also use Samsung Keyboard to enter kaomoji and rearrange expressions buttons (emojis, stickers, and more).

You can set up a collection of lockscreen wallpapers and even edit the collection later. Samsung Internet now supports dragging and dropping bookmarks to reorganize them. The My Files app now features vastly improved search performance, thanks to its ability to find information even inside documents and images.