Benchmark comparisons aren’t something we usually do. In fact, we never bother with benchmarks, because most benchmarks simulate extreme use cases that don’t reflect how the everyday experience of using a device would be. And, well, if a phone’s software isn’t properly optimized, lag and stutter in regular operation make even the highest benchmark scores seem useless. Samsung’s phones are certainly guilty of dipping in performance even a month down the line, and the company’s flagship Galaxy S devices are affected as well. It’s not like the company can’t optimize things well enough, though. The post-Galaxy S6 Note series phones usually perform admirably months after you start using them, but the same level of optimization is yet to permeate the rest of Samsung’s smartphone lineup.

Where benchmarks matter is showing us just what kind of performance a new device is technically capable of compared to the one that came before, and it holds especially true for flagship phones, which come with a newer, more powerful/efficient processor every year. The Galaxy S9, for example, is powered by the Exynos 9810, while the Galaxy S8 (and Note 8) was powered by the Exynos 8895. The Exynos 9810 might be built on a 10 nm process like the Exynos 8895, but it does get new microprocessor cores and a more powerful GPU. Even the 10 nm process used for the 9810 is more refined and makes for better theoretical power efficiency and performance over chips built on the first-generation 10 nm process.

On the Galaxy S9+, you also get 6GB of RAM, while the Galaxy S8 and S8+ had to make do with 4GB of RAM, so the real-world user experience on the S9+ is noticeably better than the S8+. But where do these devices stand when it comes to benchmark performance? We decided to run a few popular benchmarks on the Galaxy S8+ and Galaxy S9+ to find out, and, unsurprisingly, the Galaxy S9+ came out on top in nearly all tests. We have even thrown in an internet speed test comparison over Wi-Fi for good measure (although these can vary wildly depending on the router the devices connect to and shouldn’t be taken too seriously).

We’ll just let the scores do the talking, however, so check those out by looking at the images below and let us know your thoughts in the comments. The Galaxy S8+ scores are on the left, and the S9+ scores are on the right in each picture. Unfortunately, we were unable to test the regular Galaxy S9 against a Galaxy S8, but since the S9 only gets less RAM, its benchmark scores should be similar to the S9+ on most accounts. 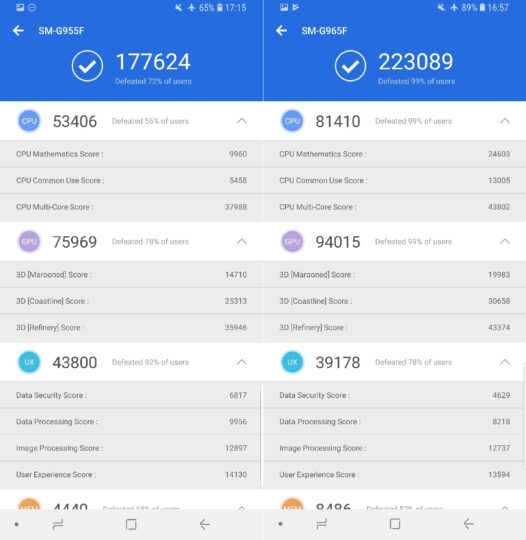 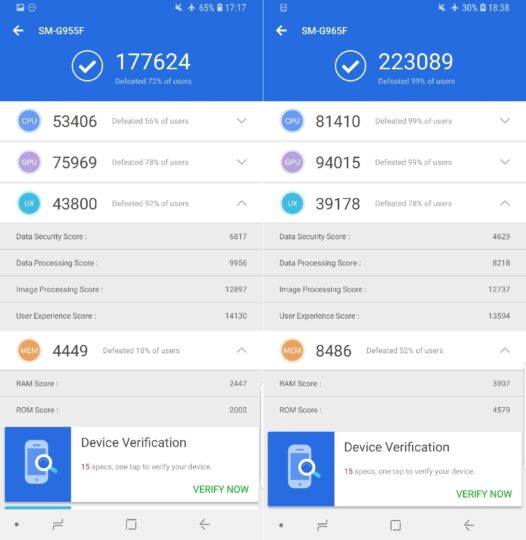 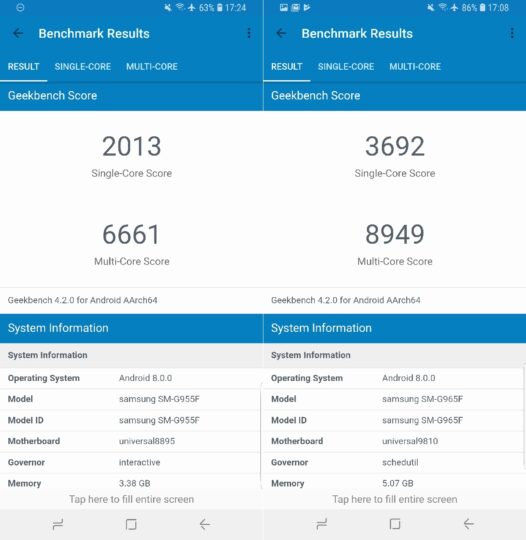 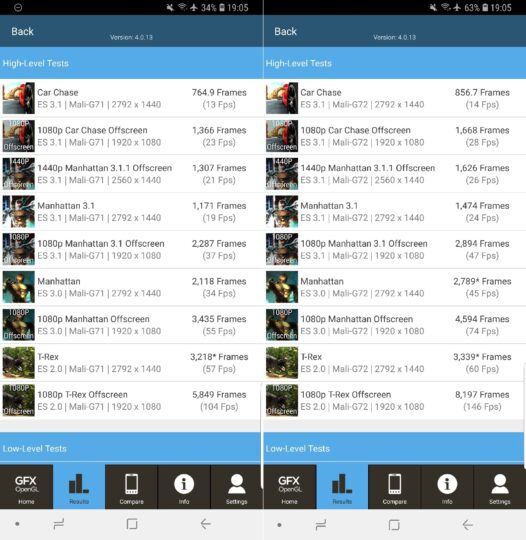 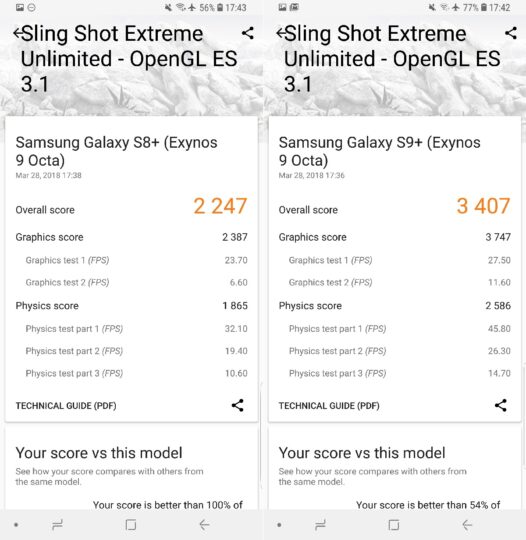 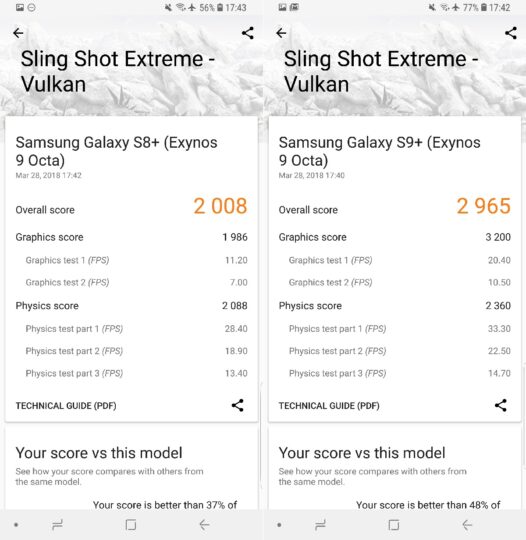 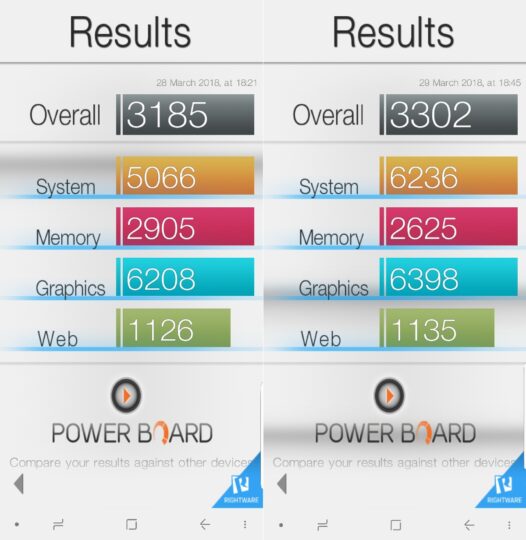 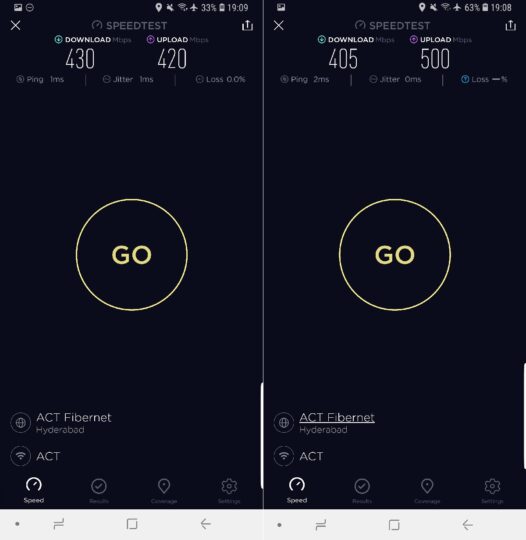