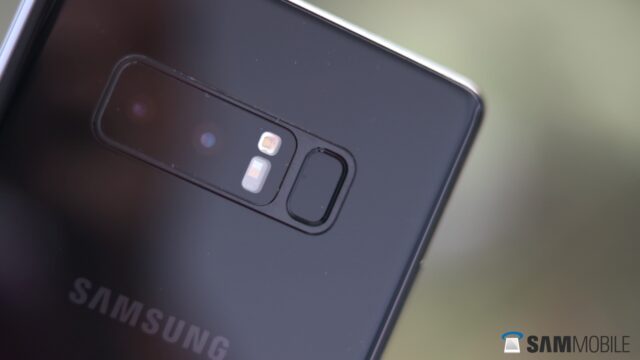 Many then expected the company to introduce it with the Galaxy Note 8 last year but Samsung was said to have given up on the idea due to technical challenges. If this report is to be believed, it will be futile to keep your fingers crossed for the Galaxy Note 9 in-display fingerprint sensor.

Citing supply chain-based sources, Korean media outlet The Bell reported today that Samsung has revealed to component suppliers that the fingerprint sensor on its next flagship phablet will be placed on the back like it is on the Galaxy Note 8.

It’s also claimed that the Galaxy Note 9 will enter mass production in June this year before it’s launched in August. The Galaxy Note 8 was officially launched on August 23 so one can expect its successor to be unveiled around the same time.

The report does mention that Samsung hasn’t completely stopped working on in-display fingerprint sensor technology. It’s said to be working on optical fingerprint recognition technology with several companies but industry sources don’t expect Samsung to be in a position to introduce the technology in a commercial product before 2019.

It’s still early days and we’re bound to hear a lot more rumors about the Galaxy Note 9 in the months to come so take this information with a healthy dose of salt for now.