The first budget phone from Samsung to run Android 8.0 Oreo out of the box will soon be official. The Galaxy J7 Duo, following a slew of leaks and rumors, has now been listed on Samsung India’s website. The listing gives us all the details we need, including a look at the phone’s design. Unsurprisingly, the Galaxy J7 Duo looks like any other budget Galaxy, and the specs are mostly budget-grade as well, with the primary highlight being the two cameras at the back. 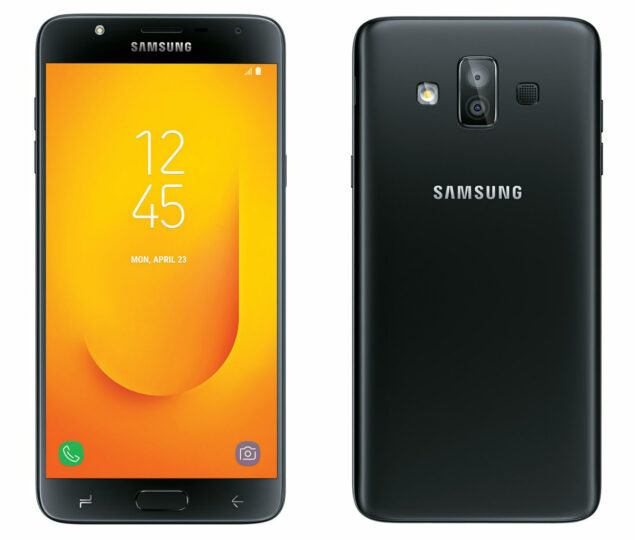 The Galaxy J7 Duo also has an AMOLED display according to the listing, which would be another attractive feature. The rear cameras include a 13-megapixel and 5-megapixel sensor pair, the same as the Galaxy J7+ that was given a limited launch last year. In fact, the Galaxy J7 Duo won’t be released in most markets, either. Samsung is focusing on countries where its entry-level Android phones tend to do well, and India is probably going to be the first country to put the Galaxy J7 Duo up for sale, although that’s not confirmed at this point.

Complementing those dual rear cameras is an 8-megapixel camera at the front. Not all specs are listed by Samsung India yet, but if we add the specs from yesterday’s leak, the J7 Duo will have a 5.5-inch 720p display, a 1.6GHz octa-core processor (most likely the Exynos 7884/7885, as suggested by benchmarks and the presence of Bluetooth 5.0 on the device), 4GB of RAM, 32GB of internal storage, a microSD slot, a (removable) 3,000 mAh battery, dual SIM slots, and 4G LTE connectivity. Nothing too exciting, but the dual rear cameras, Super AMOLED display, and Android 8.0 Oreo should be huge draws for consumers looking for a budget phone, at least if Samsung manages to price it right.

Samsung has been updating even its three-year-old and four-year-old smartphones with new security updates. Ear …

Samsung has released the Android Pie update for yet another Galaxy J series phone. The Galaxy J7 Duo was launc …

Samsung has started distributing this month’s security release for the Galaxy J7 Duo in Chile, with it expec …