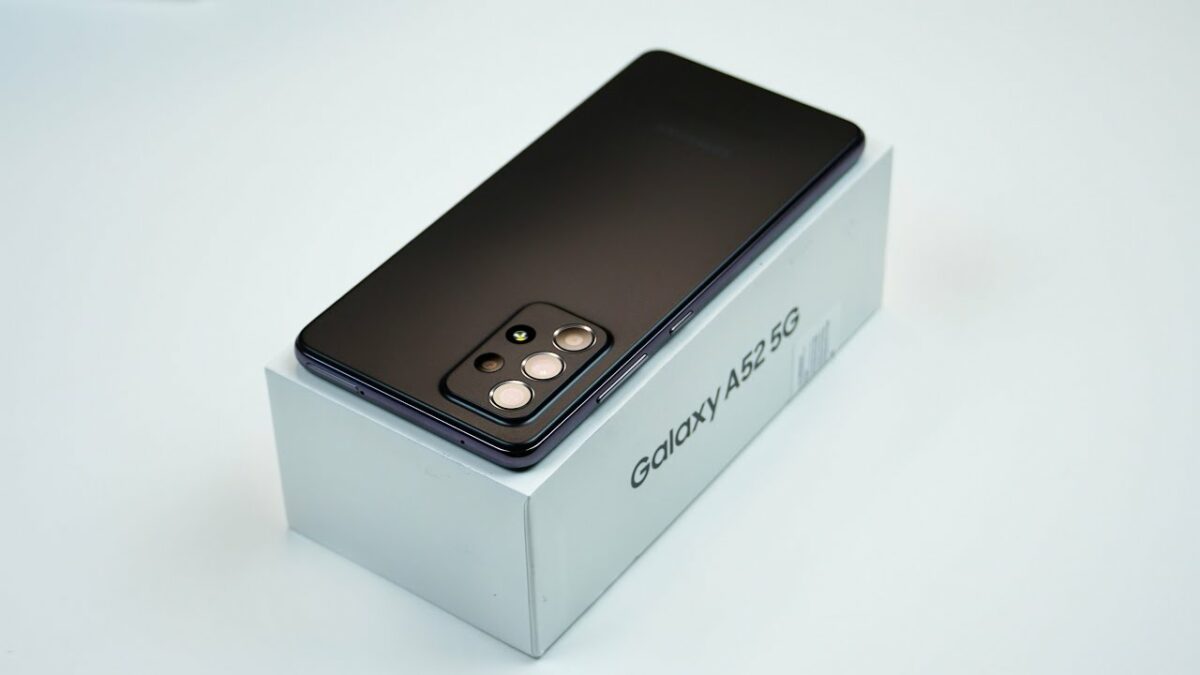 For a phone that belongs to the mid-range market, the Galaxy A52 is already making big waves ahead of its official unveiling. The phone has gotten a lot of attention lately, and a new leak has placed the Galaxy A52 5G on the map like never before.

An unboxing video featuring the yet-to-be-released Galaxy A52 5G was uploaded to YouTube earlier today, and it leaves very little to the imagination. The video reveals the phone’s design, the contents of the retail box, and it walks viewers through the initial setup while confirming a few specifications, such as the 120Hz display, the IP67 dust and water resistance rating, and the Snapdragon 750G chipset.

Charger in the box and IP67 rating reconfirmed

It turns out that Samsung’s eco-friendly ambitions aren’t big enough to remove the wall charger from the retail box of every Galaxy phone, and obviously, we’re not complaining. The company has stopped offering this component along with its latest flagships, but future Galaxy A52 5G owners don’t have to worry about any of that. The phone will apparently ship with a 15W fast charger in the box, and customers will have the option of upgrading to a 25W charger if they’ll want to match the battery’s fast charging capabilities.

Along with the charger, the retail box contains a standard USB-A to USB-C cable as well as a transparent silicon case to protect the buyer’s investment. Pretty neat!

The Galaxy A52 5G’s design was also revealed in all its glory, and the IP67 rating reconfirmed. Indeed, this will be a non-flagship Galaxy A-branded phone with an IP rating, and it’s one of the reasons why the Galaxy A52 is shaping up to be one of the most exciting releases of the year so far.

You can check the early Galaxy A52 5G unboxing video below for a better look at the phone and how it handles demanding games such as PUBG and Call of Duty. Spoiler: they run great!