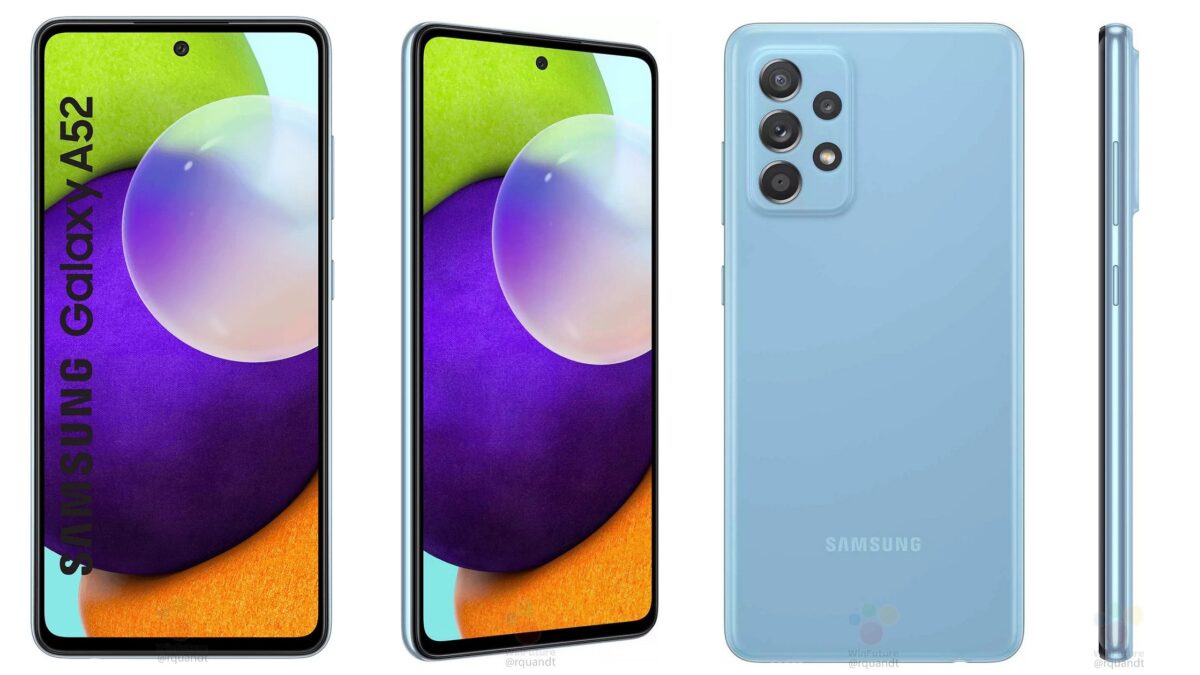 Samsung’s 2020 flagship lineup was very impressive, at least in scope, as the company released multiple Galaxy S and Note flagships, as well as a couple of new top-tier foldable phones. But despite the company’s strong presence in the premium segment, one of Samsung’s best-selling phones of the year was a mid-range phone, i.e., the Galaxy A51.

Samsung is now preparing to launch the Galaxy A52 as a direct sequel, and for me, it’s one of the most exciting releases of the year. The high Galaxy A51 sales may have been helped by the pandemic and uncertainties across the economic landscape in 2020, but as the market recovers and more customers are turning their attention back to the flagship segment, Samsung will try its best to carry the Galaxy A51’s momentum forward and ensure that the Galaxy A52 will be just as successful as the predecessor.

Because of this, Samsung is seemingly bringing a few extra flagship-grade features to the mid-range phone this year, and as a result, the Galaxy A52 might become a true hero device boasting incredible value for money. Here are some of the Galaxy A52 features for which I am very excited.

As reported in our exclusive story last month, the Galaxy A52 is going to feature a 90Hz display, whereas the Galaxy A52 5G will boast a 120Hz panel.

Dust and water resistance is something that’s usually reserved for costlier phones and isn’t available for the Galaxy A / M series of devices, but the Galaxy A52 will apparently flip the script with the addition of an IP67 rating.

This means that the Galaxy A52 will be assembled in a way that will prevent dust from infiltrating the phone and keep water away from the internal components if the device is submerged in up to 1 meter of fresh water for up to 30 minutes.

Making a phone dust and water resistant takes additional development time and resources. Tolerances need to be lower and new adhesives have to be properly applied. Because of these added costs, Samsung has reserved IP ratings for more expensive Galaxy phones over the past few years, but the Galaxy A52 will apparently redefine Samsung’s philosophy and it could make way for other mid-range phones to become dust and water resistant.

A high-resolution main camera with OIS

OIS (Optical Image Stabilization) hasn’t been a thing for Samsung’s Galaxy A mid-range phones for the past half a decade, but once again, the Galaxy A52 is set to mix things up and breathe new life into Samsung’s budget portfolio.

According to a recent leak, the launch of the Galaxy A52 this year will mark the return of OIS for the budget series. OIS will be available for the main sensor that’s said to have a resolution of 64MP, 0.8-micron pixels, and an 81-degrees field of view.

Powered by a chipset supplied by Qualcomm

The Galaxy A51 was powered by Samsung’s in-house Exynos 9611 chipset that was built on a 10nm process. The Galaxy A52, however, will switch lanes and abandon the Exynos brand in favor of Qualcomm.

Leaks and rumors indicate that the Galaxy A52 will be powered by Qualcomm’s Snapdragon 720G platform, whereas the Galaxy A52 5G might be using the Snapdragon 750G chipset instead. The latter is more powerful and has an improved Adreno 619 graphics chip.

While Samsung’s flagships continue to be split between Exynos and Snapdragon regions, the Galaxy A52 could be one of the few noteworthy smartphones of the year to ship worldwide exclusively with a Qualcomm-made chipset in tow.

25W fast charging has already been introduced to some mid-range Galaxy smartphones, such as the Galaxy M31s and the Galaxy F62, but those handsets aren’t as widely available as the Galaxy A52 is going to be. Granted, the Galaxy A7x lineup has been offering 25W charging since the beginning, but the A52 will bring the feature to an even more attractive price point for a global audience. Too bad Samsung is bundling only a 15W charger in the box, at least in some markets.

All these features could come at a relatively low price

The last but certainly not least reason to get excited over the Galaxy A52 is the price. The Galaxy A51 was released for around $360 and although there’s no official information regarding the Galaxy A52’s price, it will probably cost around $360-$400 depending on variant. An online retailer recently priced the Galaxy A52 5G prematurely at $439, but unofficial pre-release retailer prices are usually higher than usual.

Are you excited for the Galaxy A52 and the Galaxy A52 5G? Do you think it will be a worthy sequel to the Galaxy A51, and do you share our belief that it has the potential of becoming one of Samsung’s most successful smartphones of 2021? Feel free to share your thoughts in the comment section.