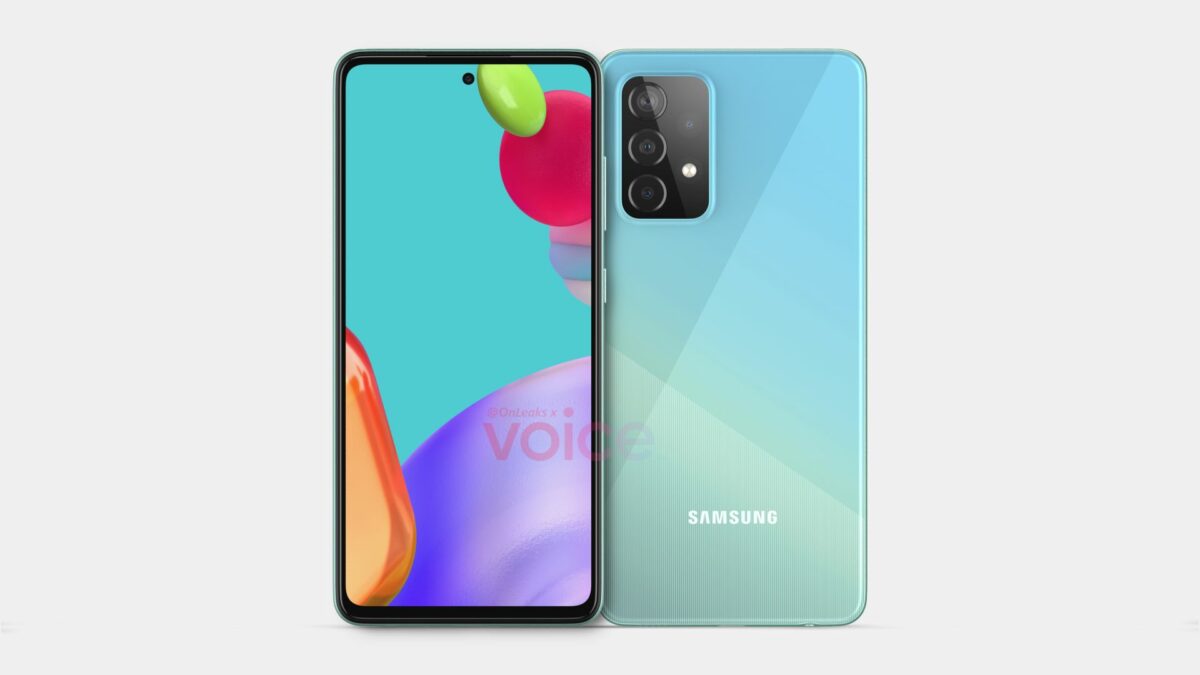 With the end of 2020 drawing near, more upcoming Galaxy smartphone models belonging to the mid-range segment are being leaked ahead of time. The Galaxy A32 5G was one of them, and now it’s time for the Galaxy A52 5G to get the same treatment, courtesy of @OnLeaks via Voice. The Galaxy A52 5G’s design has apparently been revealed through a series of 3D renders that showcase a quad camera setup and other characteristics.

The Galaxy A51 was one of Samsung’s most successful smartphones of 2020 so the Galaxy A52 5G is a pretty big deal for the company as well as for fans of the brand. In a way, the Galaxy A52 5G will likely define Samsung’s mid-range portfolio for next year, at least to a degree, and it should be one of the company’s main devices to strike a great balance between cost and features.

The Galaxy A52 5G has a metal frame and a Glasstic back, but the back panel no longer wraps around the left and right edges of the phone like it used to on the Galaxy A51. In fact, the Glasstic back has an edge similar to a 2.5D display.

The camera bump is large enough for an LED flash and four camera modules. The phone is said to measure 159.9 x 75.1mm and have an 8.4mm profile without the camera bump included. With it, the phone becomes roughly 10mm-thick.

Other details revealed by these Galaxy A52 5G renders include physical buttons on the right edge, a USB-C port flanked by a speaker grille and 3.5mm audio port at the bottom edge, and an Infinity-O display design. The panel will reportedly have a 6.5-inch diagonal and a fingerprint sensor underneath, same as this year’s model.