The Exynos 2100 is a massive improvement over the Exynos 990 in terms of performance and power efficiency. However, it still can’t keep up with the Snapdragon 888, which appears to be a better chip overall. The folks over at AnandTech have performed an in-depth analysis of the performance and power efficiency of the Exynos 2100 and compared it with the Snapdragon 888.

The test involved the Exynos 2100 and Snapdragon 888 variants of the Galaxy S21 Ultra. After performing a series of tests on both chips, it looks like Samsung’s 5nm (5LPE) fabrication process offers an improvement in power efficiency to the Exynos 2100 and the Snapdragon 888 compared to their predecessors. However, the South Korean firm’s best fabrication process is only as efficient as TSMC’s 7nm process (N7P).

The Snapdragon 888 performed better than the Exynos 2100 in most tasks while consuming less power. Samsung’s new processor still throttles earlier than Qualcomm’s flagship, resulting in lower performance under sustained load. Even when the Exynos 2100-powered Galaxy S21 Ultra was put in a freezer while performing benchmark tests, it performed similar to the Snapdragon 888-equipped Galaxy S21 Ultra under a fan. This means that the Exynos 2100 will most likely throttle under real-world scenarios. 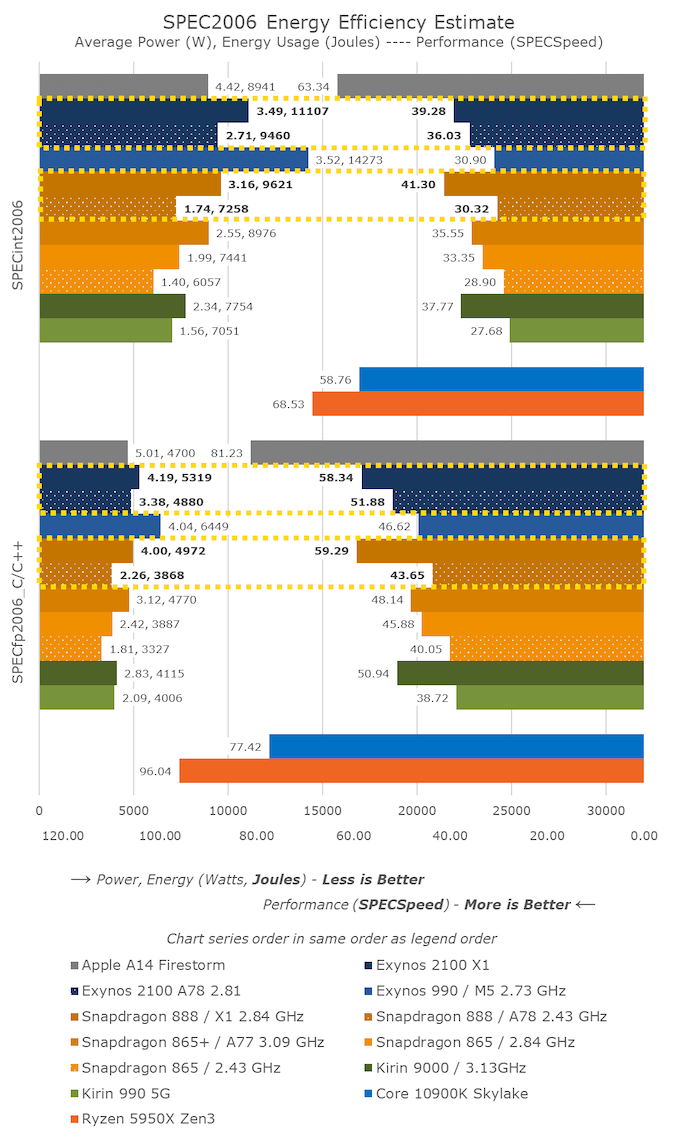 The Mali-G78 GPU inside the Exynos 2100 turned out to be 40% faster than the Mali-G77 GPU used in the Exynos 990, matching Samsung’s claims. However, it is only as good as the Snapdragon 865+’s Adreno 650 GPU under sustained workloads. While the Snapdragon 888’s Adreno 660 GPU is better than the Exynos 2100’s Mali-G78 GPU, both chips consumed a lot of power (around 8W, which is bad) and then throttled after a few minutes, settling around 3W. 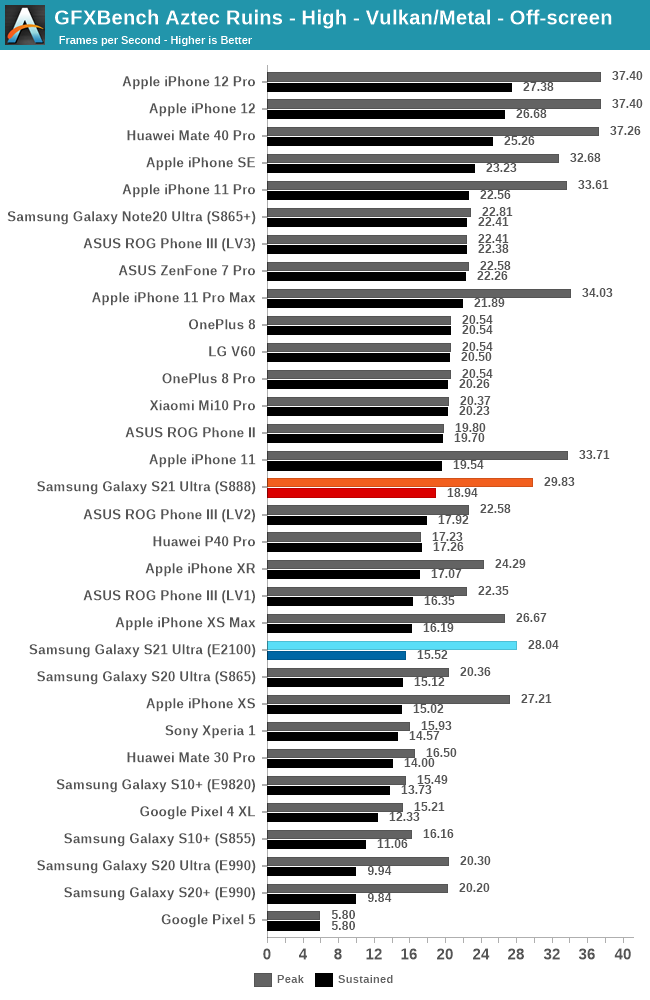 The company has improved a lot compared to last year, but it still needs to work harder if it wants to defeat Qualcomm in the smartphone processor game next year. Samsung LSI needs to improve the CPU performance and Samsung Foundry has to improve the efficiency of its 5nm process. You can read the complete in-depth article on AnandTech’s website via the source link below.