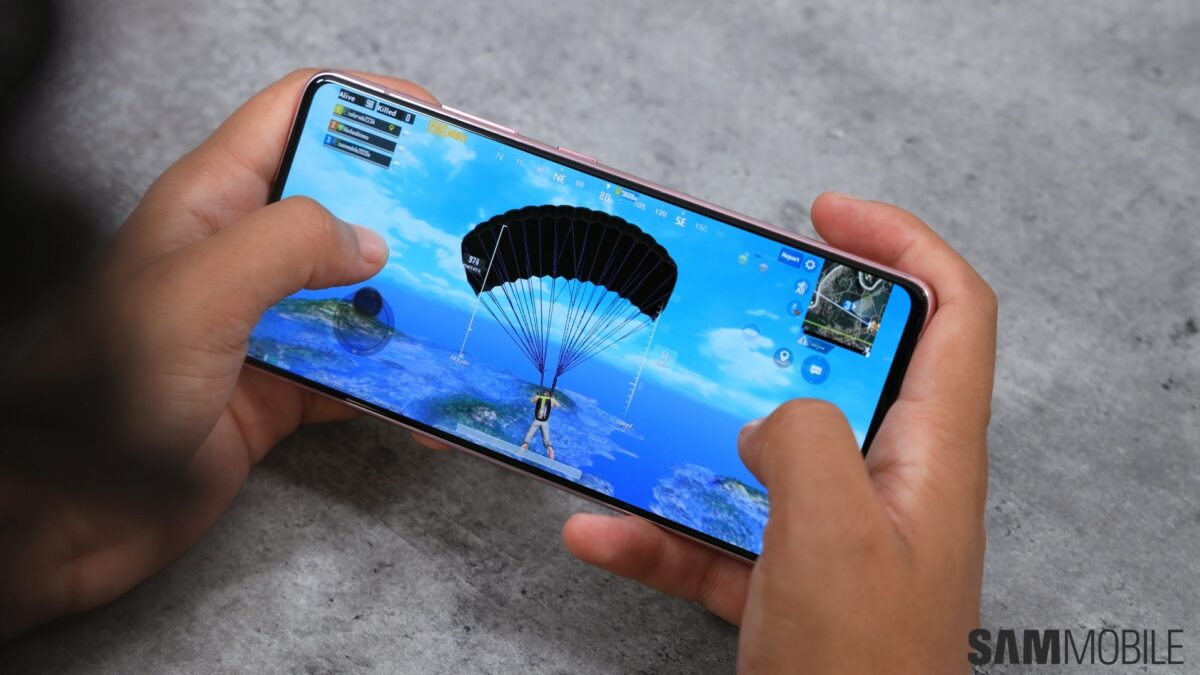 We’ve known that the Galaxy A52 exists somewhere in Samsung’s development labs for the past couple of months since the first camera details emerged, but now it’s time to look deeper under the hood of this upcoming mid-range phone with a bit of help from the benchmarking tool Geekbench and our friends at GalaxyClub.

The Galaxy A52 5G, or more precisely a device bearing model number SM-A526B was benchmarked on Geekbench earlier today and the listing reveals a few interesting characteristics. It turns out that the Galaxy A52 5G will be powered by the same chipset as the Galaxy A42 5G, namely the Snapdragon 750G.

Although the chipset’s name is not spelled outright, evidence shows that the SoC inside the SM-A516B features an Adreno 619 graphics chip and a total of eight CPU cores split into two clusters: a six-core cluster with each core operating at a frequency of 1.8GHz, and a dual-core 2.21GHz cluster. These characteristics perfectly match the Snapdragon 750G solution from Qualcomm.

The benchmark reveals that Samsung is already testing the Galaxy A52 5G on Android 11 so you can safely expect the same OS version to be available out of the box once the phone goes on sale. Another detail revealed by the benchmark was that the phone has 6GB of RAM, but this was expected at this point, especially since the Galaxy A42 5G also has a 6GB option.

We suspect Samsung will release an LTE-only variant of the Galaxy A52 as well, at least in some markets, and it remains to be seen what chipset will beat at the heart of that model. Assuming it exists in the first place. As for other specs, the Galaxy A52 LTE/5G should have four rear-facing cameras including a 64MP main shooter. These details were not mentioned by Geekbench but they were discovered in September. 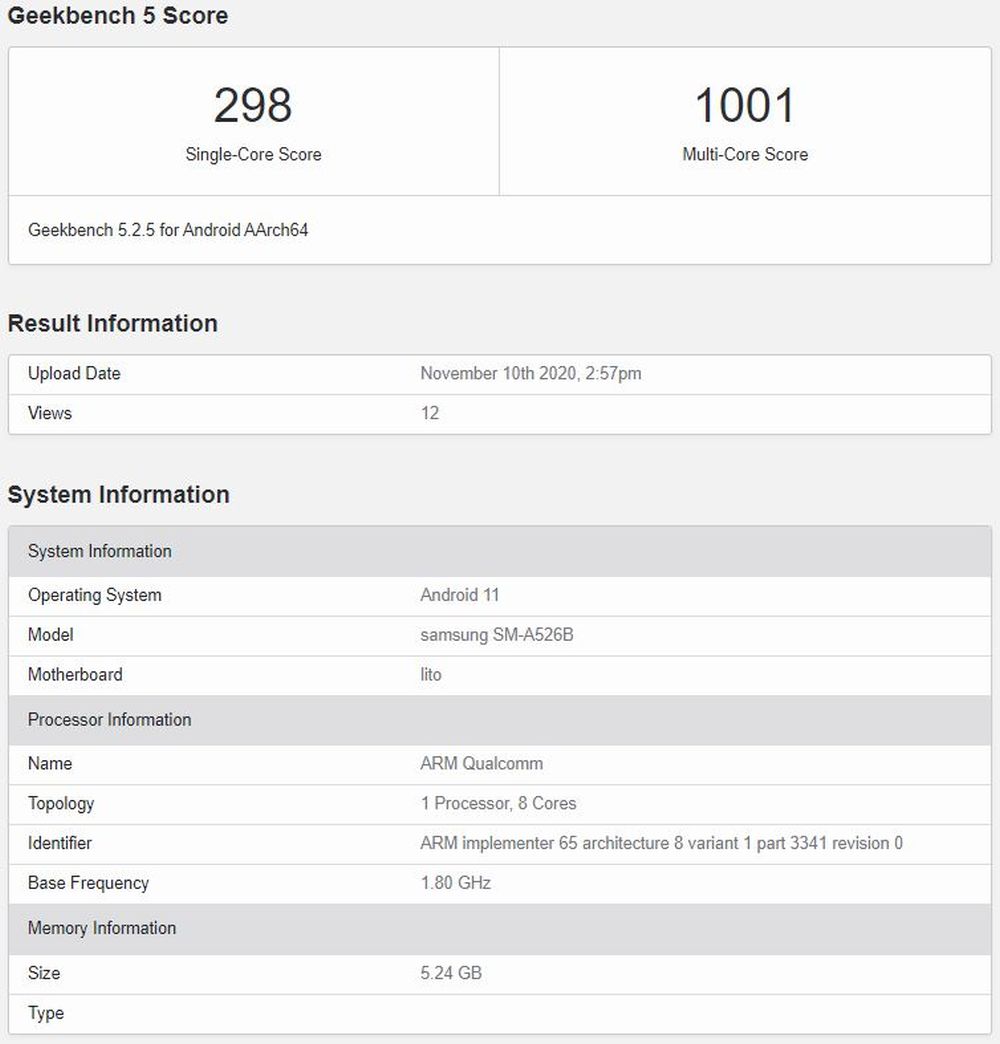