How to download Fortnite for Android on your Samsung Galaxy device 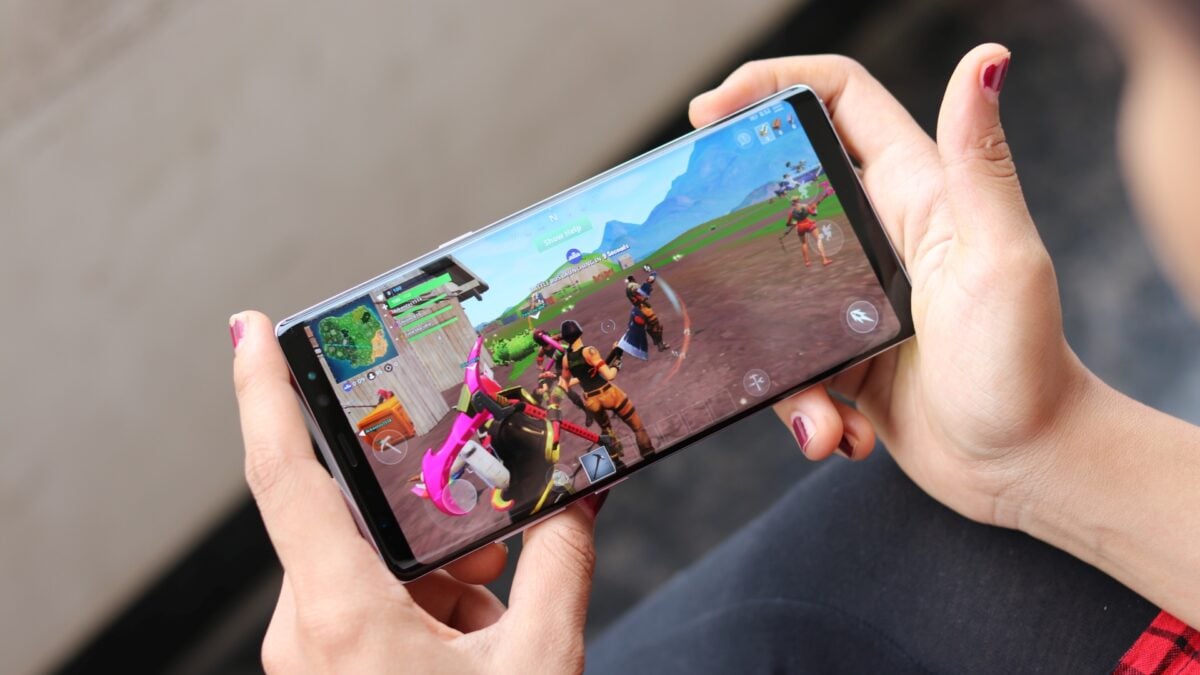 The Galaxy Note 9’s launch event saw the appearance of Tim Sweeney, CEO of Epic Games, the company that made the massively popular multiplayer game Fortnite. Sweeney announced the release of the Android version of Fortnite onstage as an exclusive for Samsung devices. The game isn’t just exclusive to the Note 9, unlike what the rumors and leaks had suggested, but is also available for the Galaxy S7, Galaxy S7 edge, Galaxy S8, Galaxy S8+, Galaxy S9, Galaxy S9+, Galaxy Note 8, and the Galaxy Tab S3.

Fortnite for Android will be exclusive to Samsung’s devices till this weekend before opening up to other Android devices. The game’s still in beta and the graphics settings are limited for all of the aforementioned Galaxy devices, but you can otherwise jump in and start playing. Don’t be fooled by all the fakes that have already started showing up on the internet, though. You can only download Fortnite from Samsung’s app store at the moment for it to work.

If you have been wondering how you can do that on your Galaxy phone or tablet, we have a step-by-step guide to help you on your way. Remember that only the devices mentioned above are supported, so the instructions below aren’t of any use for other devices.

How to download, install and play Fortnite on a Samsung Galaxy device

Step 1: On your phone or tablet, open the Galaxy Apps app from the Samsung folder in the app drawer. If you can’t find the app, just enter ‘Galaxy Apps’ in the search field at the top of the app drawer.

Step 2: You should see a banner ad for Fortnite as soon as you open Galaxy Apps. Click on the banner, then tap the Install and Open button to download the Fortnite Installer app. That’s right, the Fortnite app in the Galaxy Apps store is just the installer, and it’s inside this app where you will download the full game. 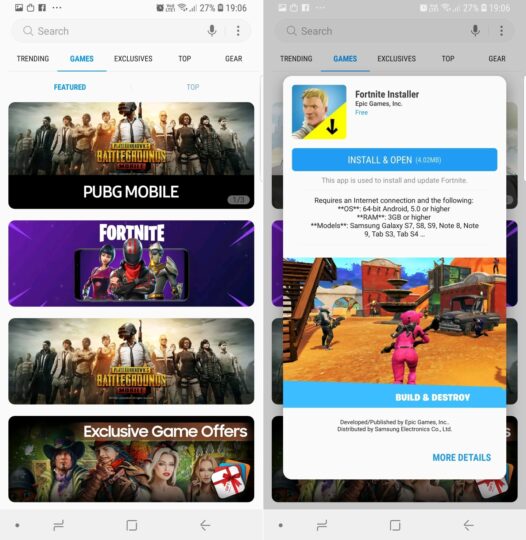 Alternative: If you can’t see the banner, just click this link on your phone or tablet to directly go to the Fortnite page in Galaxy Apps and press the Install button. If this link doesn’t work, then the game may not be available in your country just yet.

Step 4: The Fortnite Installer app will immediately start downloading the actual Fortnite game, but you will first have to give it permission to access your device’s storage. To do so, just follow the prompts on screen and press the Allow button when presented with the option. 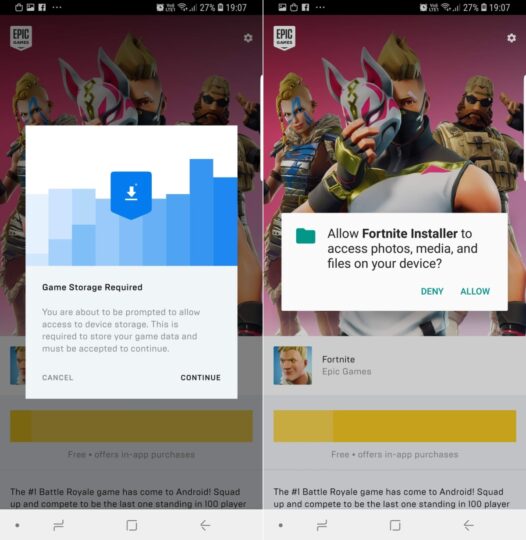 How are you liking Fortnite on your Galaxy device in its current form?