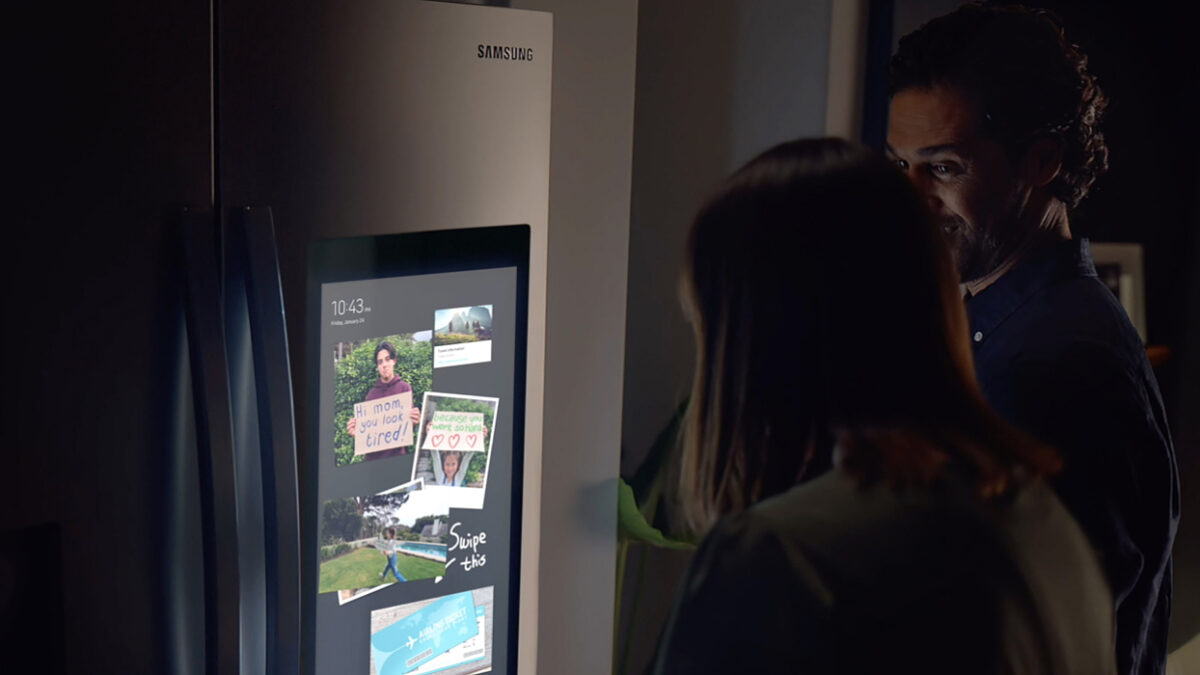 It’s been around five years since Samsung introduced its Family Hub refrigerator. Samsung launching a new refrigerator is nothing new. It’s one of the biggest home appliance companies on the market and actually makes great refrigerators.

The Family Hub was different than anything we had seen from the company up until that point. It basically slapped a massive tablet on the door and peppered its release announcement with buzzwords like “connected” and “smart.” The Family Hub did bring some cool features, such as a camera inside the fridge, so you could see what’s inside the fridge while shopping for groceries.

In case you didn’t feel like opening the door to see what’s inside, you could also utilize the giant touchscreen on the front to use the internal camera. I must admit, though, it’s not nearly as satisfying as opening the doors every couple of hours to see if something you’d like to eat has magically appeared, only to be disappointed and repeat the same exercise later on.

It may have seemed like a gimmick to most people initially but the Family Hub has caught on. Samsung has improved it further over the years and there’s no doubt that it does look pretty cool. However, it feels that the Family Hub hasn’t technologically evolved as much as it should have by now.

During my recent kitchen makeover, I decided to take the plunge and invest in a Family Hub fridge. I quite like some of the features that it offers, but, I can’t deny the feeling that it’s missing a lot of features that would really put the smart in this “smart fridge.”

The quality of its massive display leaves a lot to be desired. I feel that an OLED display would have been much better not only because of the improved quality, but also because it would get brighter. If your kitchen is flooded with natural light in the afternoon, which is what you’d find in most modern design kitchens, you’d wish that the display was brighter so that it was easier to view it in direct sunlight.

Samsung doesn’t use its Tizen OS for mobile devices anymore but it’s still keeping the platform around for connected products. The Family Hub uses Tizen OS and the software experience certainly needs some improvement. There are limited options for the apps and widgets that can often be slow to load. It’s not possible to install any third-party apps to extend the giant display’s functionality.

I can’t help but feel that Android would be better suited to what’s essentially a big tablet. Samsung could top it off with One UI to provide users with a more familiar interface. The third-party app support would be exceptional as well. That won’t be enough, though, to address the performance issues that can often be frustrating.

Samsung also needs to upgrade the internals. It doesn’t need to put the Exynos 2100 inside the fridge but there’s no denying the fact that the Family Hub could do with an upgrade under the hood. There’s no reason for the Family Hub to be as frustratingly slow as it can be. A faster package will certainly elevate the user experience.

A camera on the inside of the fridge certainly seems like a nice idea but I don’t find myself using it much. It’s not because the quality isn’t good, it’s because the entire process feels inefficient. Why must a separate app need to be launched every single time? It would make more sense to have a dedicated widget. Samsung can add extra cameras in both doors while the SmartThings app could also allow for a live view.

Would these changes really drive up the price of a product that’s already firmly in the luxury tier and would customers who are able to buy a fridge that costs as much as an old used car really care? Or does this mean it’s now time for Samsung to launch “Ultra” models of its smart appliances as well?

People are more than happy to spend a lot of money on smart products that make their lives easier. The Family Hub can be transformed into more of a centerpiece for the kitchen. SmartThings already ties it into the wider Samsung ecosystem of connected products. Why shouldn’t it be improved further?

Let’s not forget that the Family Hub is a great fridge. You can covert it from a freezer to refrigerator at the touch of a button. The temperature and humidity controls are exceptional. I really love its design and finish. The large display is perfect for watching videos or making grocery lists.

I just believe that a smarter home needs a much smarter Family Hub refrigerator and Samsung can certainly make that happen.

Own a Samsung Family Hub? I’d love to know what you think about it, please share your experience in the comments below.