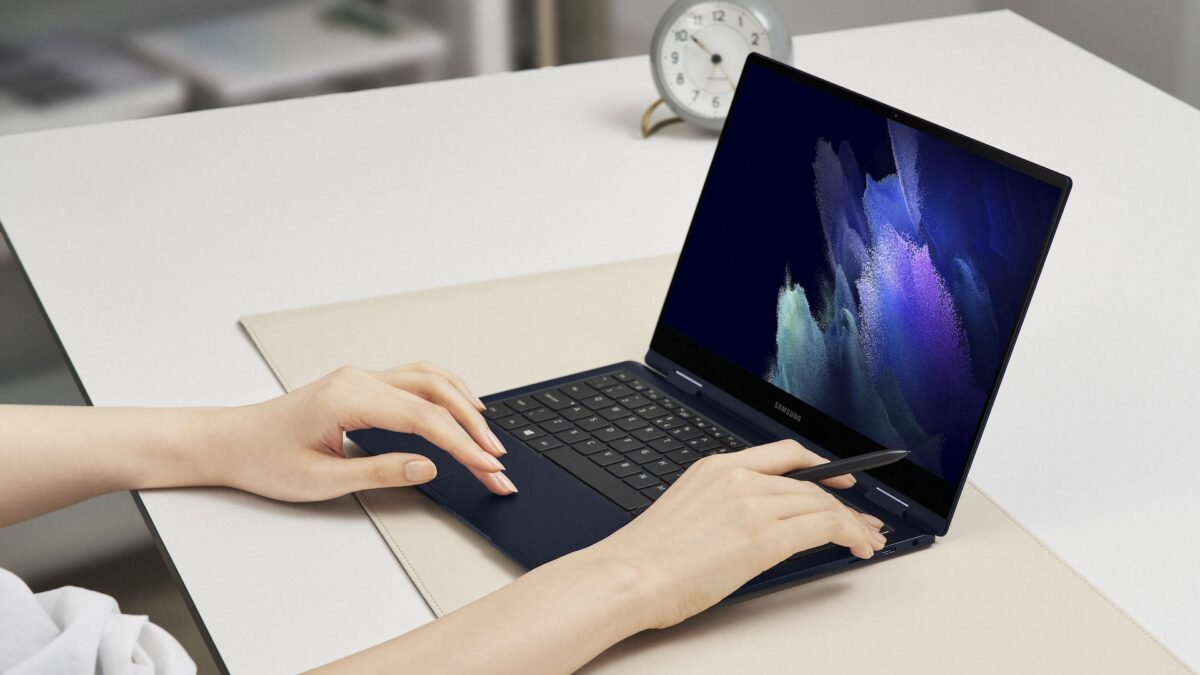 Samsung’s new family of Galaxy Book ultrabooks was unveiled today in a virtual environment — as one would expect in this day and age — and what we got was a series of four gorgeous Windows 10 notebooks powered by Intel’s 11th Gen processors. They’re different enough from one another but they obviously share a similar design language as well as a few key features that set them apart from other Windows 10 notebooks on the market.

Beyond the modern design and lightweight, durable construction, the Galaxy Book series aims to bring meaningful smartphone features to the Windows 10 notebook format, and these are the top 5 features that Samsung’s banking on. And for very good reasons. They’re all very useful, and some represent an important step in the direction of seamless connectivity between Windows 10 PCs and the Galaxy ecosystem.

1. Screen Recorded and Samsung Studio Plus

Screen Recorder and Samsung Studio Plus are the perfect match for content creators who are looking for easy, portable screen capturing and video editing solutions. Screen Recorder is a feature built into many Galaxy products, and unsurprisingly given the name, it allows users to record their screens, with or without audio.

Meanwhile, Samsung Studio Plus is a Windows 10 app developed by Samsung that allows you to quickly make video edits. It comes with 100+ music tracks that can be synced up to videos, as well as 100+ effects, 50+ text styles and more.

2. Samsung Notes and Pen UP

Once again, neither Samsung Notes nor Pen UP are brand-new apps, but they are indeed available for the Galaxy Book, particularly the Galaxy Book Pro 360. The latter is the only model from the new trio to feature a touchscreen and S Pen support.

Samsung Notes and Pen UP should need no introduction, but if you’re new to the Galaxy ecosystem then Samsung Notes is the company’s main app for note-taking, and it’s been at the center of the Galaxy Note smartphone series for a decade. Pen UP, on the other hand, is an app dedicated to digital drawing. It was recently updated to support layers, and therefore it’s become a whole lot more useful.

Second Screen is a fairly new feature that debuted with the Galaxy Tab S7 series. What is it? Well, as the name implies, it’s a neat little feature that turns a Galaxy tablet into a secondary screen for your PC.

The Galaxy Book series offers support for Second Screen out of the box, though obviously you will need a second device — like the Galaxy Tab S7 — to take advantage of its capabilities. Second Screen is a fantastic tool that can boost productivity for a laptop series that was designed to be as mobile as possible.

The Galaxy Book series was heavily inspired by Samsung’s flagship smartphones, not only in the way they were constructed but also in regards to features. So it should come as no surprise that the entire Galaxy Book lineup boasts Dolby Atmos, much like your Galaxy smartphones and tablets do.

In layman’s terms, Dolby Atmos is a toggle that makes the sound coming from your Galaxy device’s speakers sound better, and that’s basically all you need to know about it. In more technical terms, Dolby Atmos is a surround sound technology that adds a height channel for a more three-dimensional sound. It works really well, even for tinny smartphone speakers.

Although every model in the Galaxy Book series has a 3.5mm headphone jack, fans of wireless earbuds will be glad to learn that Samsung’s new laptops fully-support Galaxy earbuds with multi-device Bluetooth connectivity, a.k.a. Auto Switch.

This means that Galaxy Buds Pro, Galaxy Buds+, and Galaxy Buds Live owners are able to instantly connect to Galaxy Book laptops and seamlessly switch between multiple connected devices without having to change any settings. Users are only required to be signed in with the same Samsung account on all connected devices.

All things considered, the Galaxy Book laptops aim to bring the Samsung and Microsoft ecosystems together like no other Samsung laptops before, and they seem to be doing a decent job at it. Are you excited for Samsung’s new laptop lineup? Feel free to let us know what your favorite features are in the comment section below.