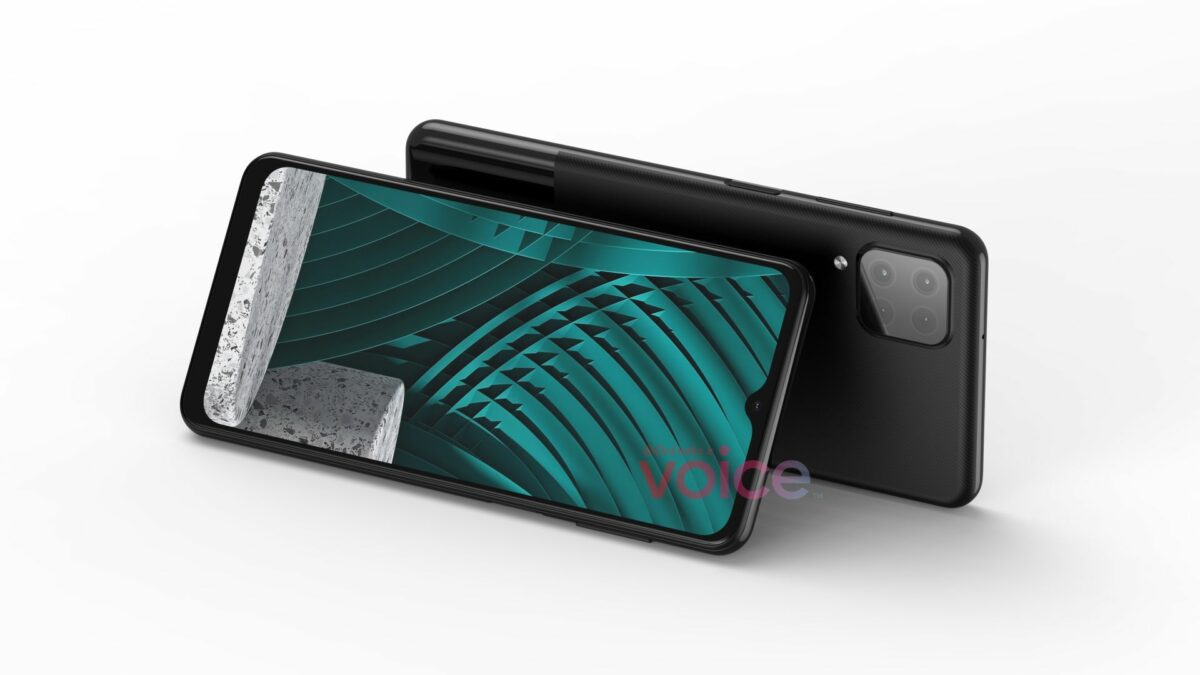 As far as unannounced Samsung smartphones go, the Galaxy S21 series will probably remain the hottest topic for the remainder of the year, but behind closed doors the Korean tech giant is preparing a slew of new devices for launch in the first half of 2021, ranging from the Galaxy S21 to what could be next year’s most affordable device, the Galaxy M12.

The Galaxy M12’s exterior design has been fully exposed by a series of 3D renders acquired by @OnLeaks. They showcase a budget phone equipped with four rear-facing cameras embedded in a camera bump that looks heavily inspired by the Galaxy A42 5G. The phone has a side-mounted fingerprint scanner and an Infinity-V display with fairly thick bezels. The device appears to have a USB-C port as well as a 3.5mm audio port at the bottom.

Galaxy M12 or Galaxy F12? Two birds with one stone

The phone revealed by the leaked renders has a matte, patterned finish combined with a glossy lower back panel but Samsung might be shipping the same device with another color scheme in different markets. To be precise, there’s no clear evidence that the renders at hand pertain to the Galaxy M12 or the Galaxy F12. Technically speaking, the renders should reveal both.

Much like the Galaxy F41 is a rebranded Galaxy M31, the Galaxy M12 and F12 will likely be the same device with different names and possibly color schemes. The Galaxy F12 identified by model numbers M127F/F127G is already in development in India and it’s rumored to house a massive 7,000mAh battery. The Galaxy M12 should do the same.

The phone is said to measure 163.9 x 75.9 x 8.9mm, according to the source, and the flat display has a 6.5-inch diagonal. The pixel count is unknown and it remains to be seen if this is an LCD or OLED panel.