The Galaxy Fold is losing the Samsung branding, literally 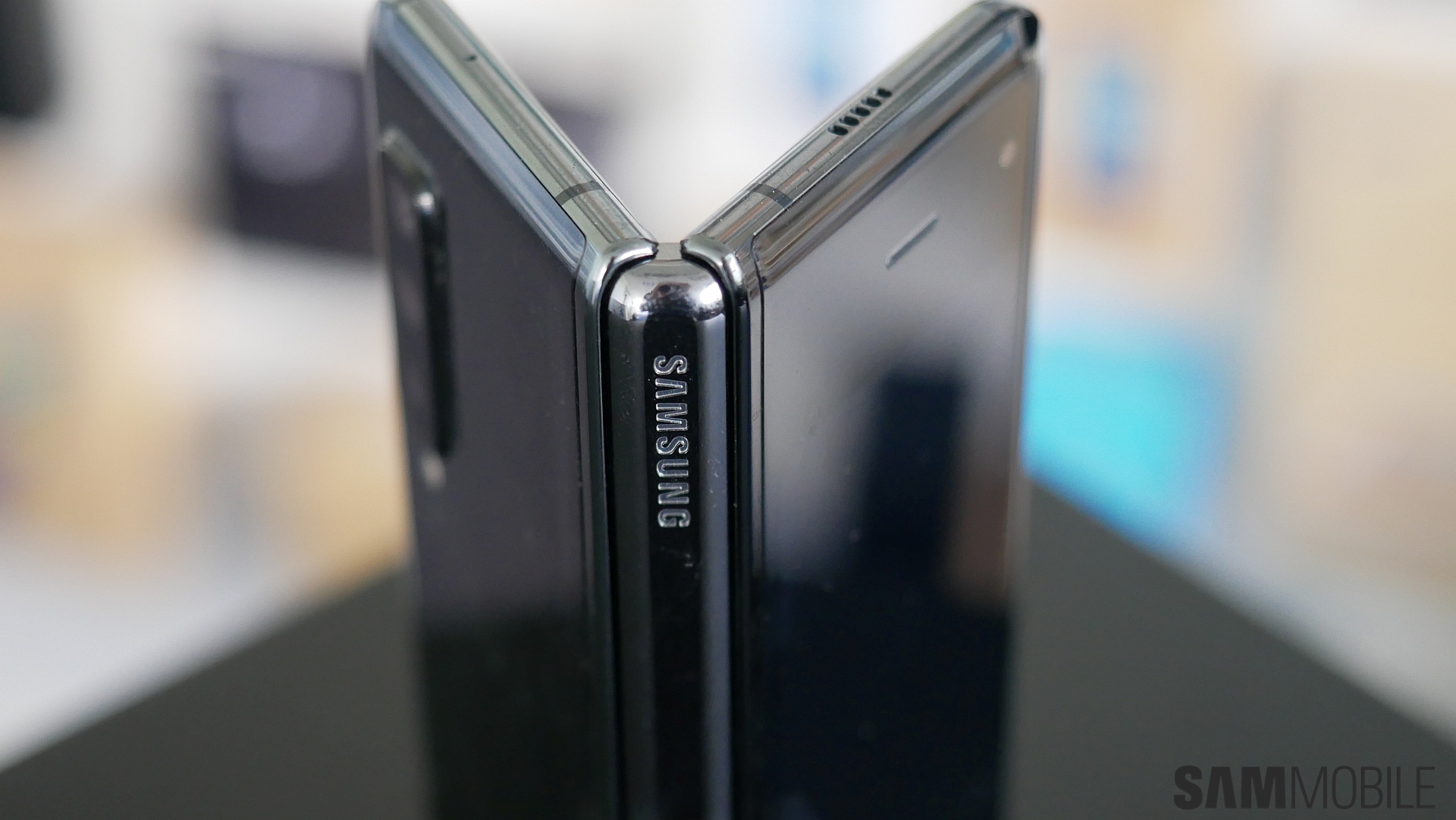 The Galaxy Fold is probably the most controversial smartphone of 2019, for both right and wrong reasons. Inevitably, the device is under the proverbial magnifying glass, and although the criticism aimed at the Galaxy Fold is sometimes unwarranted, other times it has been deserved, particularly because it’s an expensive device asking around $1000 premium over the price of a regular flagship. But despite its price tag, the Galaxy Fold has flaws, and a new issue seems to have reared its ugly head.

The Galaxy Fold is losing its letters…

Twitter user @KurbysS recently shared a photo of the Galaxy Fold, revealing that two of the letters (“A” and “U”) that spell out the company’s name on the hinge have fallen off. These shiny, thin letters are glued to the hinge in their respective engravings, but they seem to have a will of their own.

This is not a unique design decision by any means. This method of engraving a brand into the “skin” of a device to later fill those engravings with thin, colorful or reflective letters has been done before and it’s not anything special. However, we have yet to see such a design decision stand the test of time. Whether it’s because the adhesive goes bad in time or other reasons, this type of branding is generally short-lived, and it doesn’t seem like Samsung has done enough to avoid the inevitable.

In fact, the Galaxy Fold has been out for just a few weeks, and having bits and pieces falling off of your $2,000 device isn’t something you would expect after less than a month of usage. This isn’t a complex engineering problem like the hinge itself, either. Rather, the issue at hand denotes a lack of attention to details. It’s a real shame how something this small can cast a shadow on your expensive brand new product.

At the end of the day, the Galaxy Fold looks more and more like a first-generation device and it will be interesting to see if other issues will crop up in the coming months. Do you happen to own the Galaxy Fold, and if so, are the letters on your phone intact? Join us in the comment section below.

Galaxy Fold gets the August 2021 security update in the US

Galaxy Z Fold 3 vs Galaxy Fold: Your wishes from 2 years ago have come …