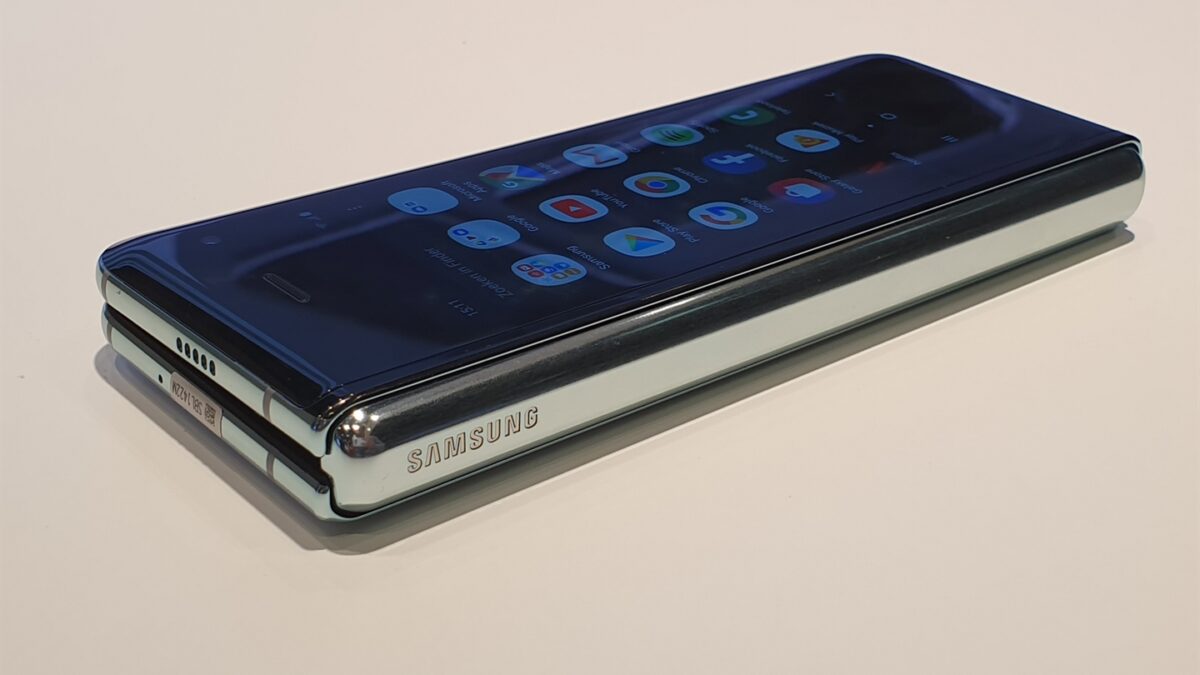 The last Friday was a big day for Samsung in the Netherlands as it opened its first Samsung Experience Store in the country. More importantly, the store’s grand opening was the first chance for the press to play with the Galaxy Fold. Samsung held its usual presentation telling us everything that we already know about its foldable smartphone before letting anyone actually touch the device, and I was able to use one of the four demo Folds for about 10 minutes before I had to pass it on to someone else and before they opened the shop to the public.

Samsung’s foldable smartphone is as impressive as we had expected

My hands-on time with the Fold was short, but I came away impressed at the end of it. And that’s despite Samsung telling us that the demo units were all pre-production models running pre-production software and that the final product would be better. First, let’s talk about the design. The Galaxy Fold is thick and quite heavy in the folded state and has a gap in the middle. But, in the folded state, it’s also very small, and it’s easy to navigate the 4.6-inch cover display. The Super AMOLED cover display is responsive and like what you expect from Samsung: bright and very nice to look at. 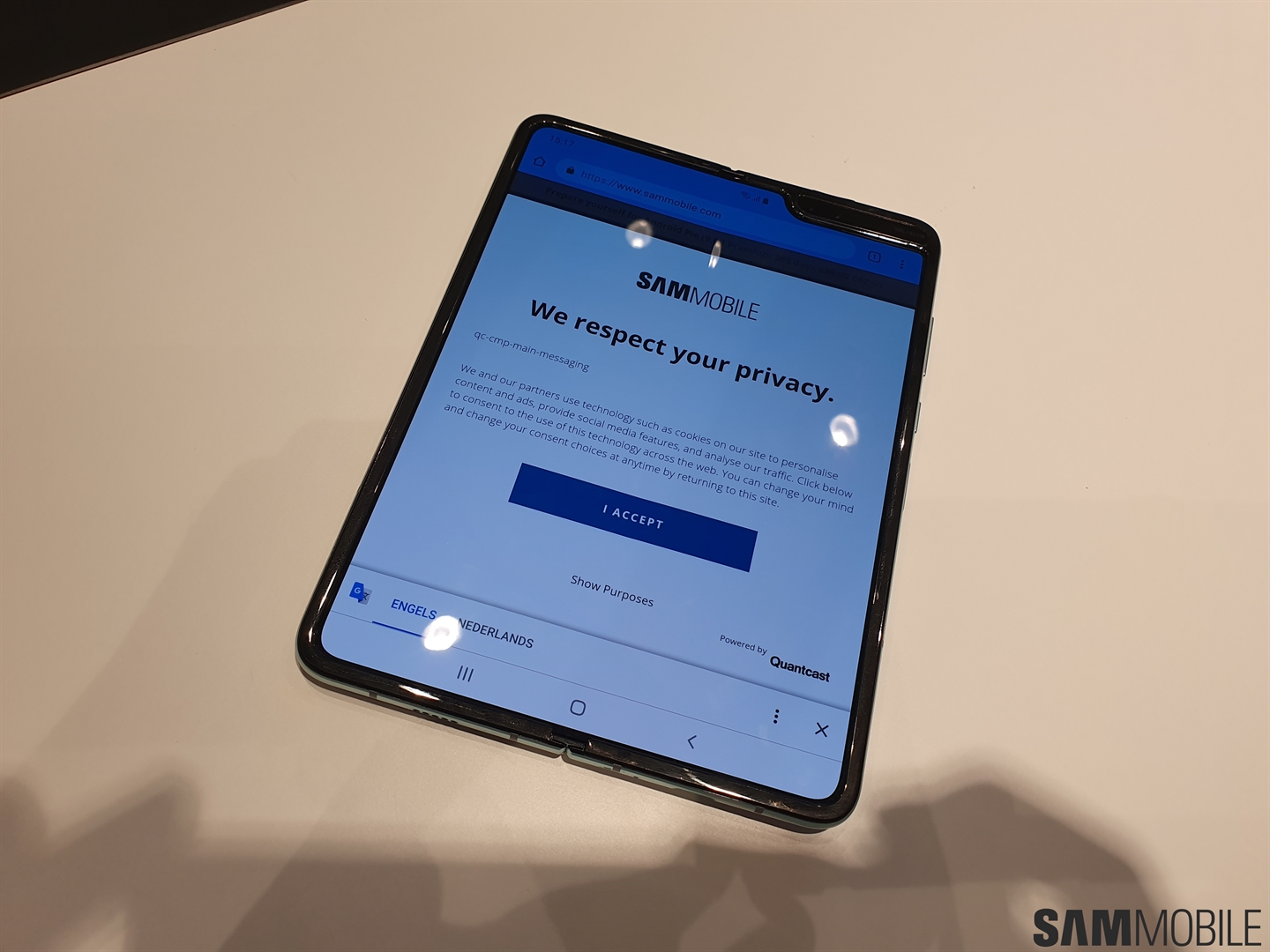 Of course, the magic starts when you unfold the Fold, and the first thing I noticed is how the thing suddenly snaps open. That’s the hinge in the middle of the screen doing its job; the hinge on the unit I played with had some wiggle to it, but Samsung assured me this would not be the case on the final product. And once unfolded, the device fit very well in my (rather large) hands and I never felt like I’d drop it. One thing I don’t like is how the Fold has a square form factor like the iPad, as you’ll see those hideous black bars when you watch videos. The bezels, however, are minimal, except for the part around the cameras, although I think that will be a non-issue after a few days of regular use.

And now, about that elephant in the room: the folding screen and the crease in the middle that has been talked about in recent weeks. Well, the crease was certainly there on the demo unit, but it’s barely noticeable when you look at the Fold from the front. However, you won’t be able to unsee the crease once you look at the device from an angle when the screen is off. Samsung said this crease would be less noticeable on the final product, and I certainly hope that’s the case. 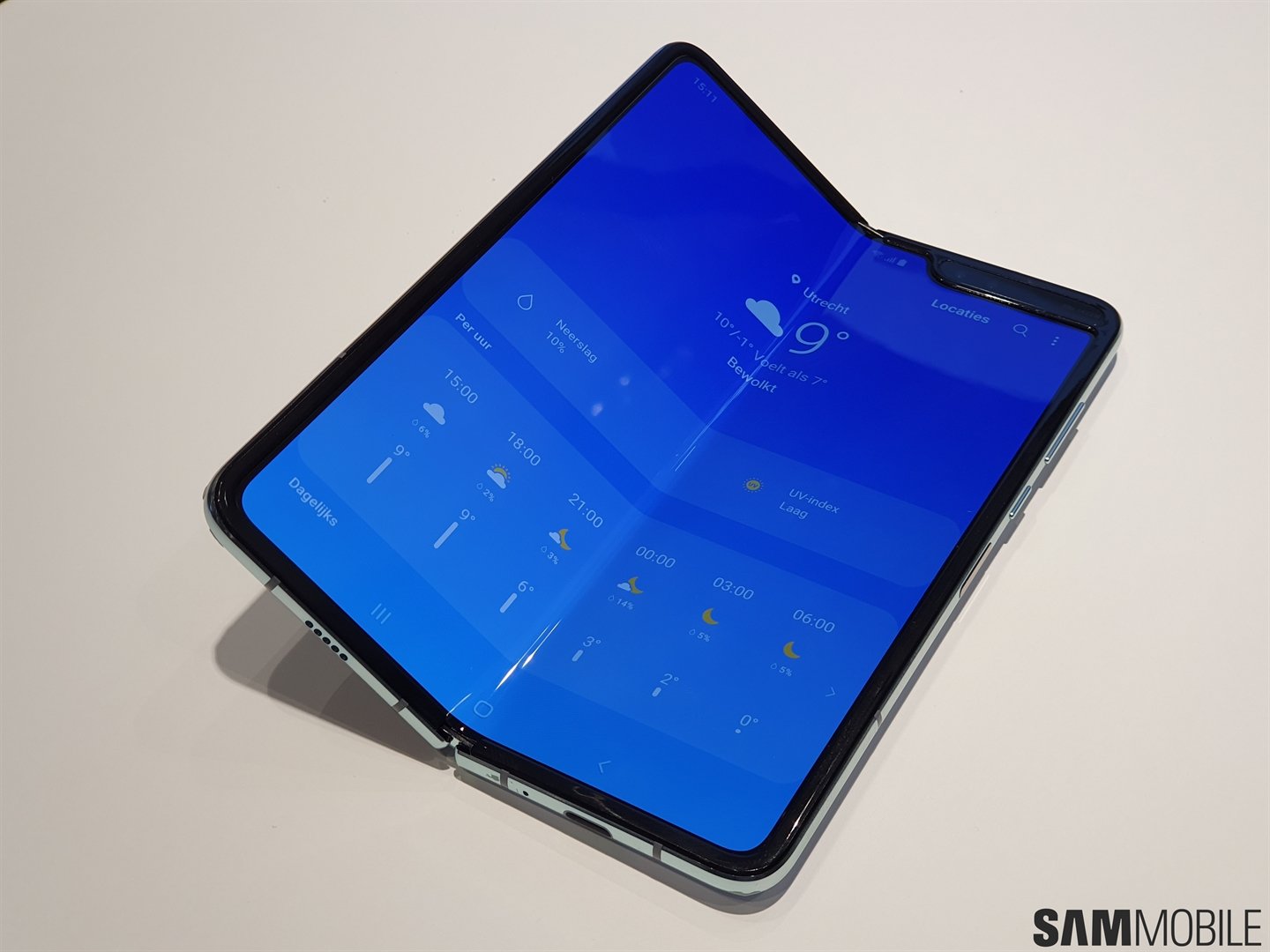 Something that struck me is how, glassy the screen felt. The Galaxy Fold uses a plastic display, but there’s some kind of coating on top that makes it feel like glass, and I loved that. Also impressive is how the Fold’s display opens to a full 180 degrees. I was worried that would be hard because of the book-like implementation of Samsung’s foldable device, just like an actual book can start to tear in the middle if you try to make the two sides of the book lay completely flat. But there’s no such problem on the Fold, and it feels almost magical to use.

The Galaxy Fold is a multitasking powerhouse with polished software

The software also felt polished despite being a pre-release version. I opened the camera on the cover display, switched to selfie mode, and then unfolded the device, and the camera app simply resized to fit the larger screen while staying in selfie mode. I also tried this with the browser, and that worked flawlessly as well. And this device is a powerhouse when it comes to multitasking. You can have three apps open at once on the 7.3-inch screen and change the arrangement of these apps by moving them around. I tested the three-app multitasking by sending a picture from the camera app to the messaging app while also having the browser open, and it all happened without any hiccups.

I wished I had more time to play with the Fold, because it felt like a device straight from the future. I was quite surprised by how refined everything felt for a first-generation product, including the software that Samsung has worked on directly with Google. Seeing a smartphone display fold and unfold in your hands is really something else, and I feel the Galaxy Fold is totally worth the asking price. In fact, I’m regretting my decision to buy the 1TB Galaxy S10+ after my Galaxy Fold hands-on; it’s that good!

Look forward to more Galaxy Fold coverage on SamMobile in the coming weeks, including a full review. 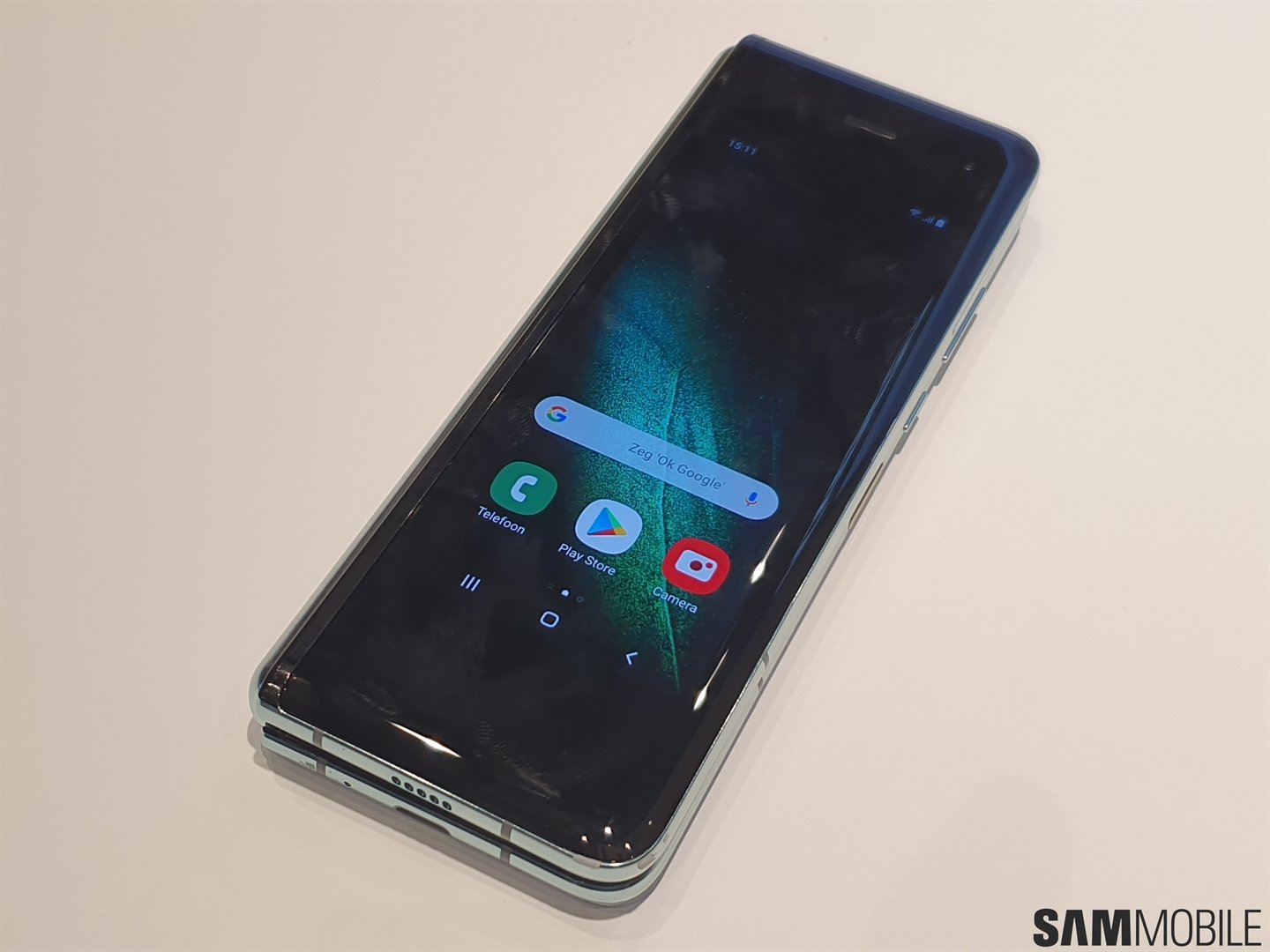