The Galaxy Z Fold 2 is one of the best Samsung phones of 2020. It also happens to be the most expensive. You certainly wouldn’t want anything happening to your $2000 phone but the fact remains, the Galaxy Z Fold 2 is still more fragile than conventional phones. That’s despite all the engineering improvements Samsung has made.

Moving parts add a lot of complexity and there are quite a lot of them inside the hinge. They also make it very difficult to fully seal the device against water and dirt. That’s probably why you may not want to use your foldable phone when its raining hard outside.

What if there was a case that provided a layer of protection not just to the body but the hinge as well? It appears that this was the question on Spigen’s mind when it started developing the Slim Armor Pro for the Galaxy Z Fold 2. 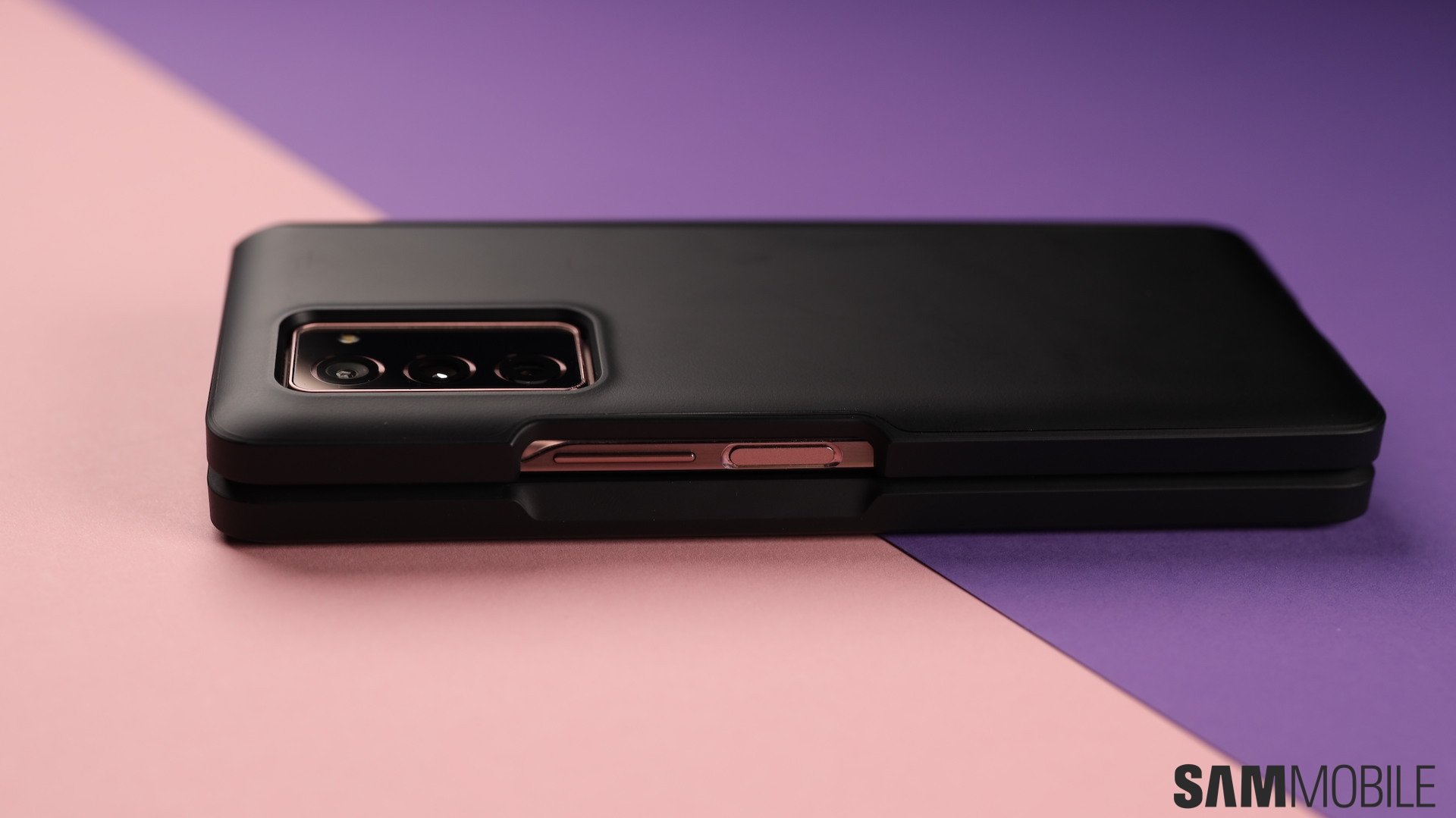 This actually happens to be the first full-body case for the Galaxy Z Fold 2. That means it provides coverage for the entire device, hinge included. It created a semi-automatic hinge with Sliding Technology that moves seamlessly with every fold of the device while ensuring full coverage. 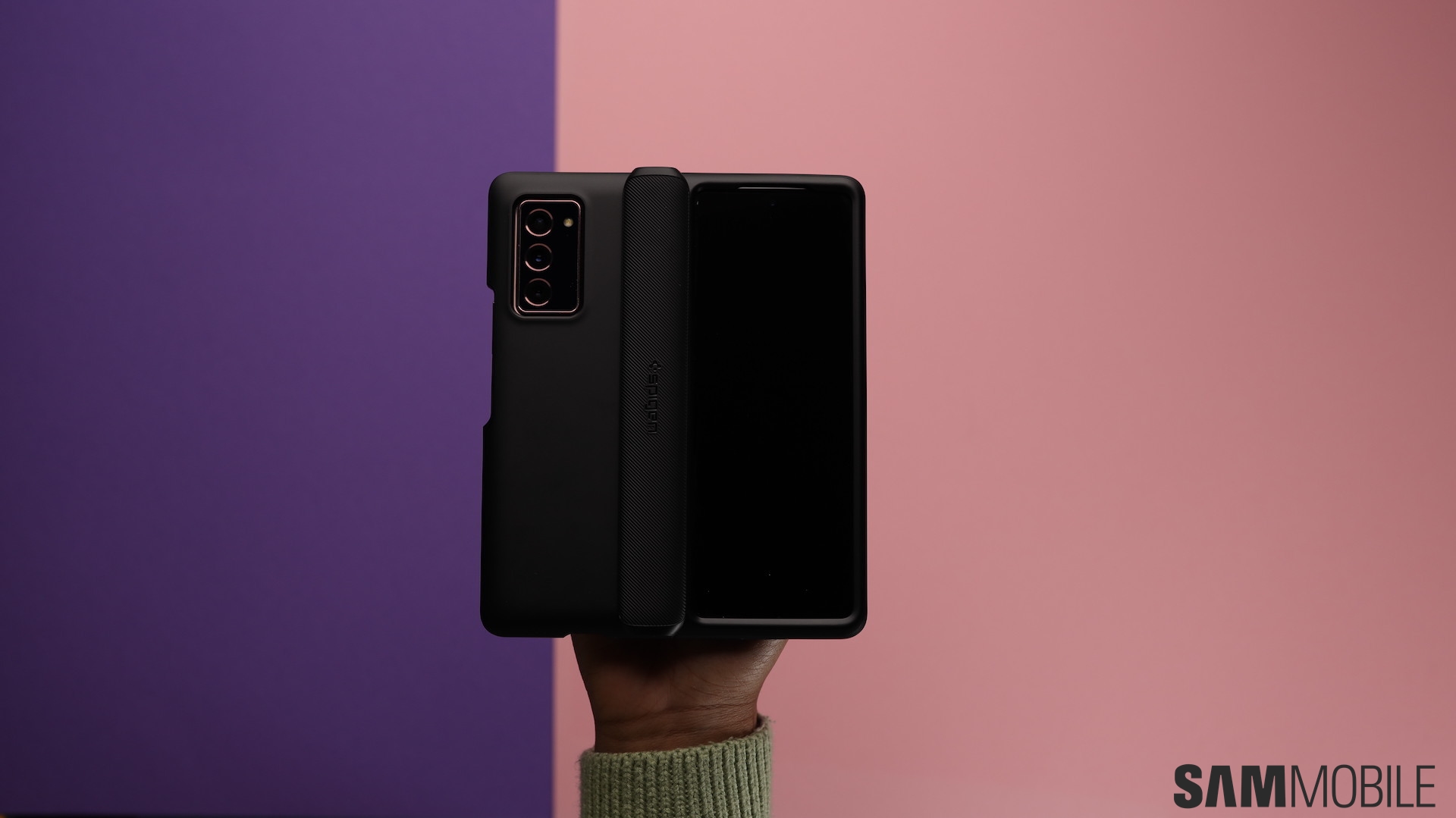 We have been using the Slim Armor Pro on our Galaxy Z Fold 2 for about a week now and it has left us impressed. Its biggest benefit is the overwhelming relief that it provides by ensuring full-body coverage of the device. The Galaxy Z Fold 2 isn’t really a thin device on its own and the case does add more heft to it.

That’s a trade-off worth making to ensure robust protection for a $2000 device. The added bulk isn’t prohibitive in any way. You can still carry the phone in your pocket. One-handed use of the cover display is still very much possible. It won’t be uncomfortable to use the Galaxy Z Fold 2 for extended periods with the case on.

The case feels solid as well. It’s built very well and allows for a secure grip in the hand. Spigen has lined the inside with an impact foam to provide an extra layer of shock absorption to protect the device from bumps and drops. The raised edges are handy as well. They will protect the display if the device falls by taking the brunt of the impact. 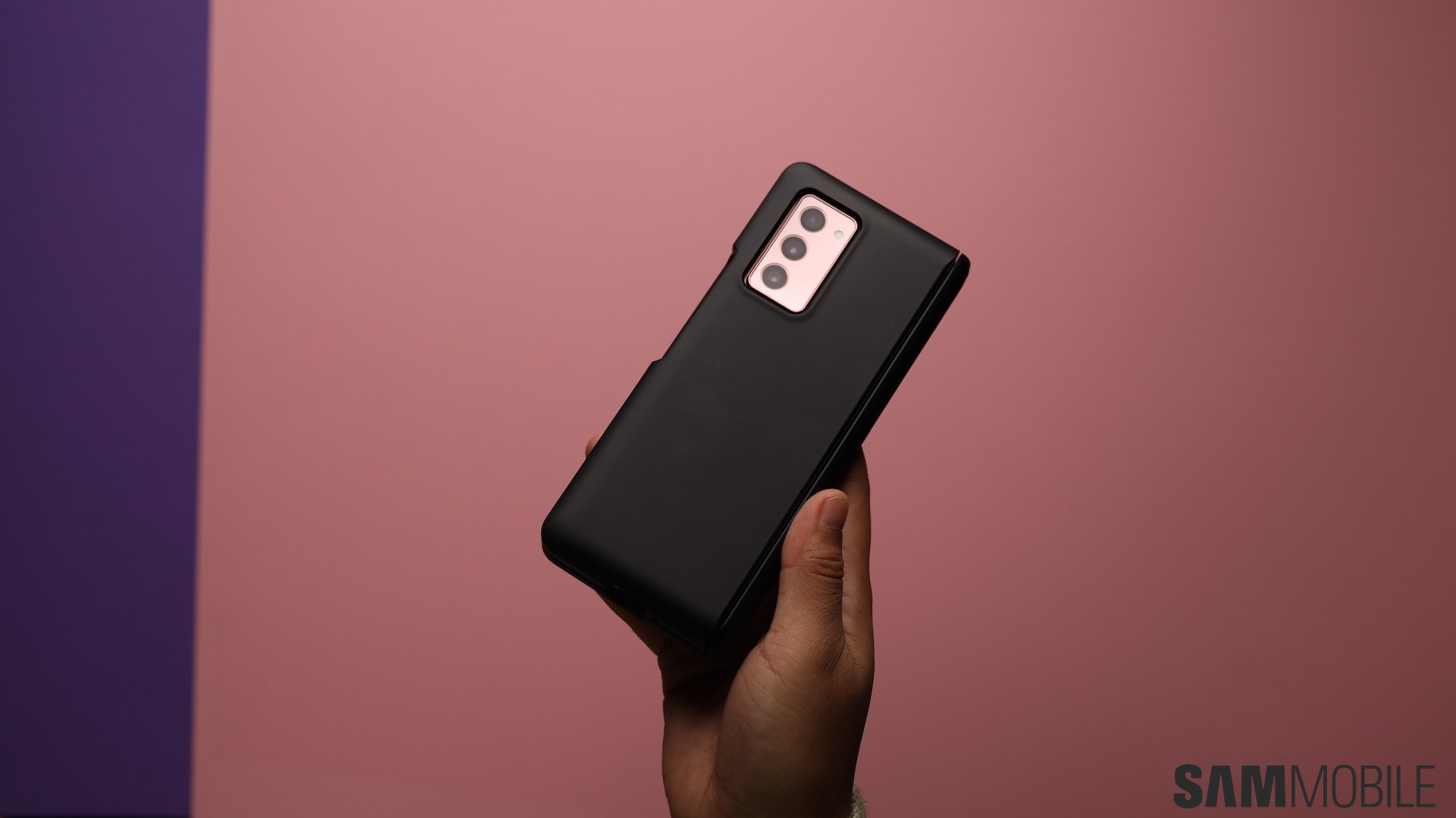 These raised edges also do a great job of covering up the camera bump. The rear camera setup sticks out quite a bit but the case covers up that gap nicely. There’s excellent detail around the cutout for the physical buttons, access to them is not impeded in any way.

Spigen has taken care to ensure that the case doesn’t prevent some of the Galaxy Z Fold 2’s best features from working. To that end, the Slim Armor Pro lets you use both wireless charging and Wireless PowerShare. 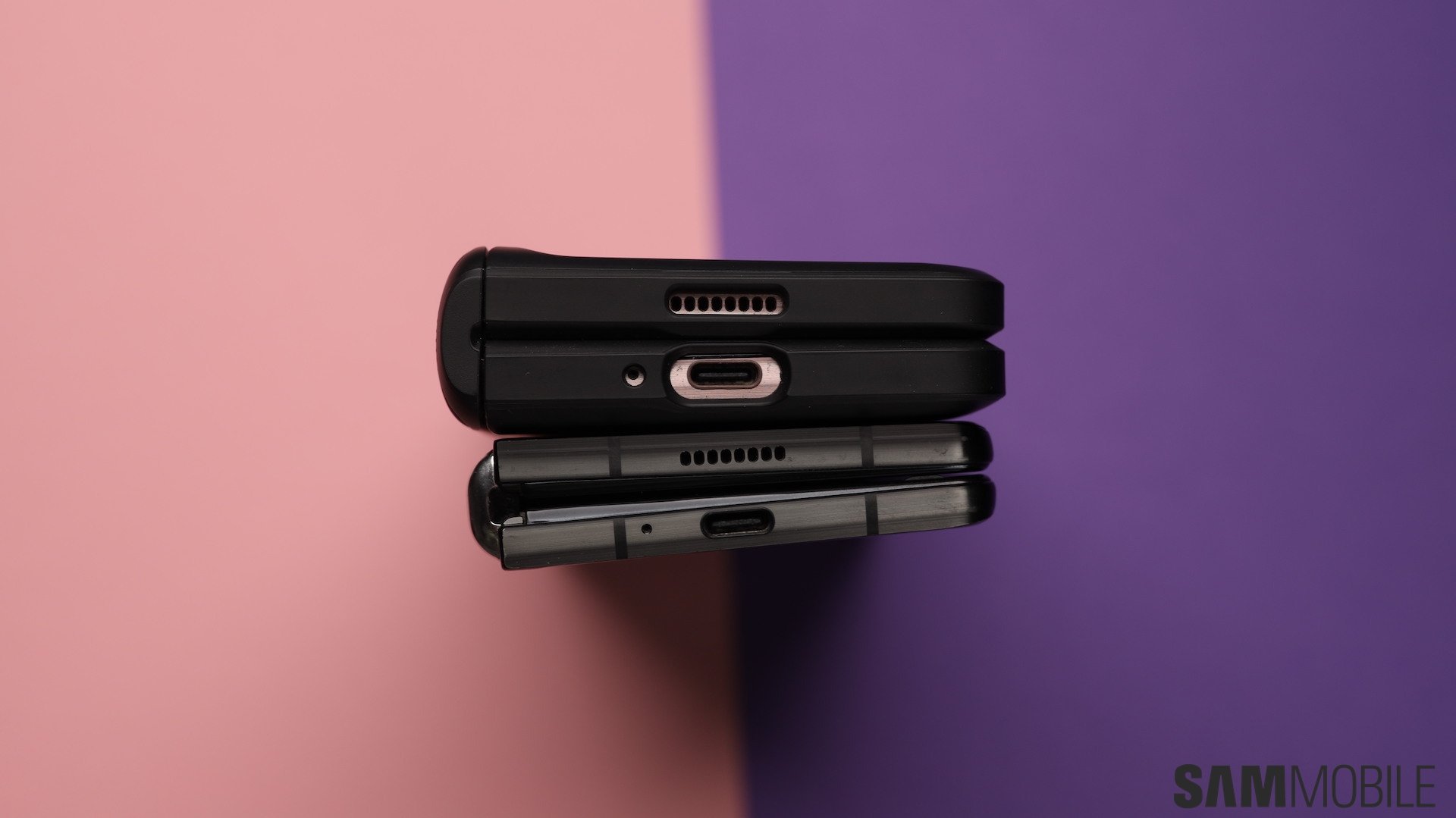 This $89.99 Galaxy Z Fold 2 case won’t make your device waterproof or dustproof. Yes, it covers the hinge but it doesn’t seal everything up. That’s not what it claims to do in the first place. What you do get for your money is perhaps the best Galaxy Z Fold 2 case you can buy right now. The level of protection that it provides is unmatched. Spigen’s cases are already highly regarded for their durability. The Slim Armor Pro has that familiar toughness to it so you can really get your money’s worth with this case.

Now you might be thinking that $89.99 is a lot of money for a case. $2000 is also a lot of money for a smartphone. Given how pricey the Galaxy Z Fold 2 is, you’d be better off spending the extra 90 bucks to get a case that can hopefully save you from some expensive repairs.

The good news is that SamMobile members in the United States can get 25% on all Spigen purchases. Just head over to the My Account page when logged in to take advantage of the discount.