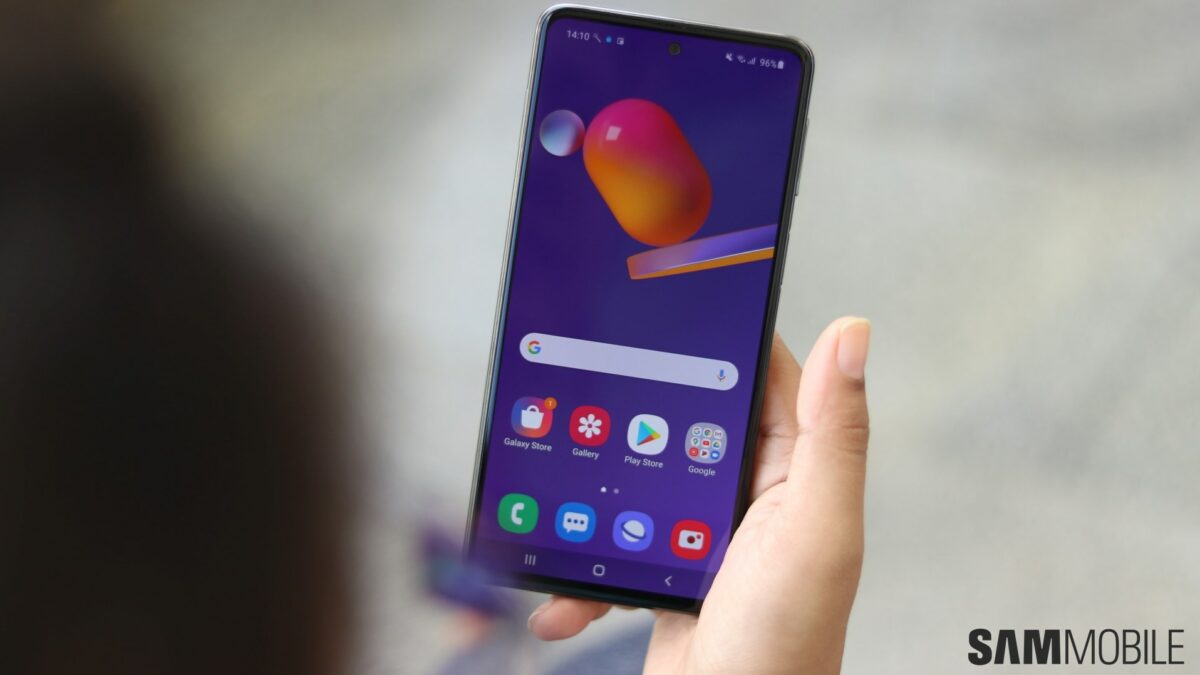 Samsung’s ambitious mid-range phone, the Galaxy M31s, has just gotten better following the latest firmware update it received. The Galaxy M31s is now being updated to One UI 2.5 and the firmware includes the November 2020 security patch. The latest release carries build number M317FXXU2BTK1 and weighs a little under 750MB.

The official changelog mentions a ton of new features that should now be a part of the Galaxy M31s user experience, such as an improved Samsung Keyboard with support for Landscape mode, new SOS options for Messages, and various improvements to Camera. We weren’t able to test the firmware as of this writing but according to the changelog, existing features such as Pro Mode and Single Take have been improved further.

As expected, the changelog pertaining to the latest One UI 2.5 firmware update for the Galaxy M31s looks familiar and mentions the usual changes and additions, such as Bitmoji Stickers support on the Always On Display. However, the changelog also specifies a couple of key additions that seemingly push the Galaxy M31s firmware from ‘Core’ to the full-fledged One UI experience.

With One UI 2.5, the Galaxy M31s has received the Alt Z Life feature set that was previously released for the Galaxy A51 and the Galaxy A71. The Alt Z Life update intros content suggestions powered by on-device AI, as well as Quick Switch which is a feature that allows users to launch apps in private or public modes.

But perhaps the most intriguing part of this update is the inclusion of Secure Folder. This One UI feature has never been released on a Galaxy M device before, and up until now, the general consensus was that Galaxy M devices will never receive Secure Folder through a firmware update because this budget phone series lacks the necessary security hardware.

Assuming that the changelog is indeed 100% accurate then the new update throws the whole Secure Folder availability theory out the window. It also raises the question as to what other Galaxy M phones might be getting Secure Folder in the future. Time will tell.

For the time being, the One UI 2.5 firmware update for the Galaxy M31s is rolling out in India, Russia, and Ukraine. You should be able to download the update by opening Settings on your phone, accessing Software Update and tapping Download and install. Or you can refer to our firmware archive for the Galaxy M31s, download the latest update from there and install it on your phone using a Windows PC. 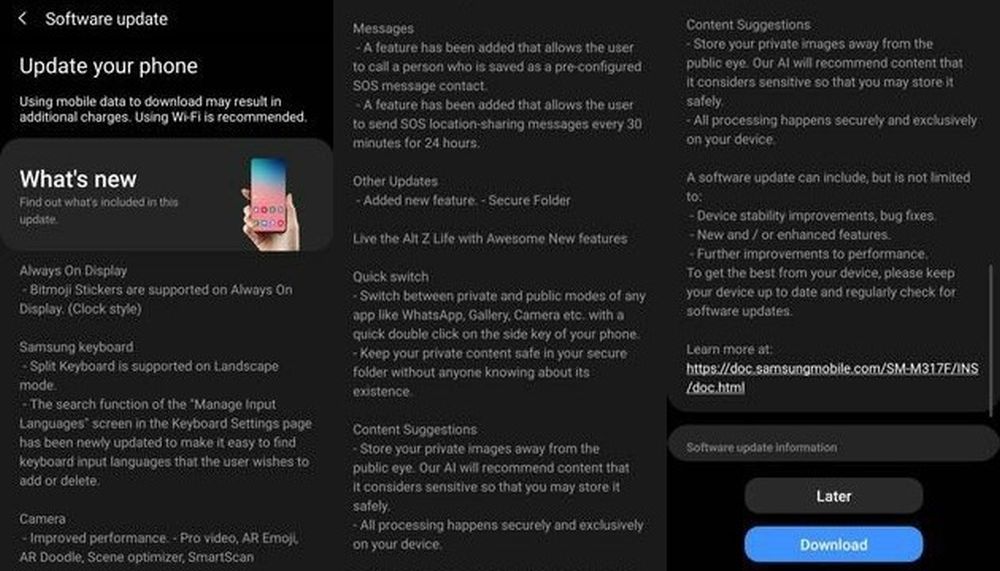