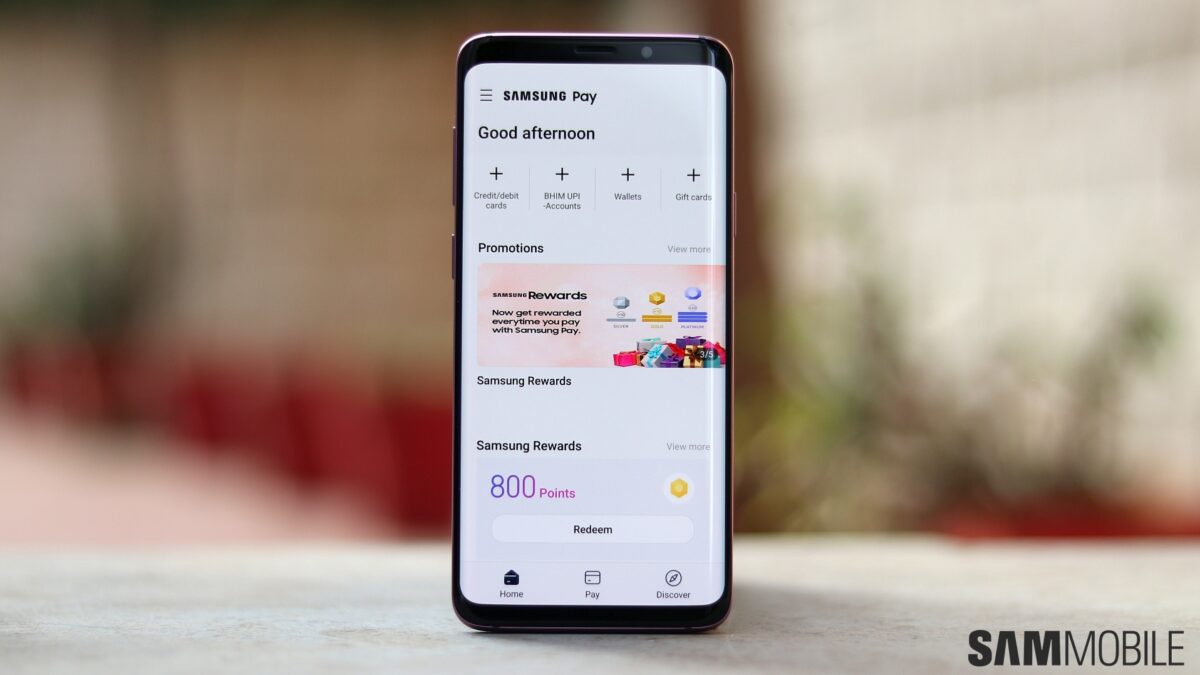 Next year is shaping up to be a very interesting period for Samsung fans. The company will bring the Galaxy S21 series to the market sooner than expected and it plans to make the S Pen available to more Galaxy devices. A new pair of wireless earbuds with ANC are also on the way, and the TV Plus platform will be going live in more markets next year.

But not everything about Samsung’s plans in 2021 will benefit the customer base. According to an email sent out by the company to Samsung Rewards members, Samsung Pay transactions will no longer grant Rewards points beginning December 31, 2020. The Samsung Rewards program was launched for Samsung Pay users in the USA all the way back in 2016, and point reward were cut in half two years ago.

In addition, Samsung is also doing away with Rewards Tiers. Right now, Samsung Pay customers who make frequent purchases can take advantage of the Rewards Tiers program that grants them additional points the more they purchase. This won’t last for much longer as Rewards Tiers will also be terminated on December 31.

Samsung’s choice of words suggests that this might be a temporary change. We will be ending our Tier program for the time being, claims Samsung, but only time will tell if the program will ever make a return in one form or another. We’ll keep you up to speed if the story develops further.