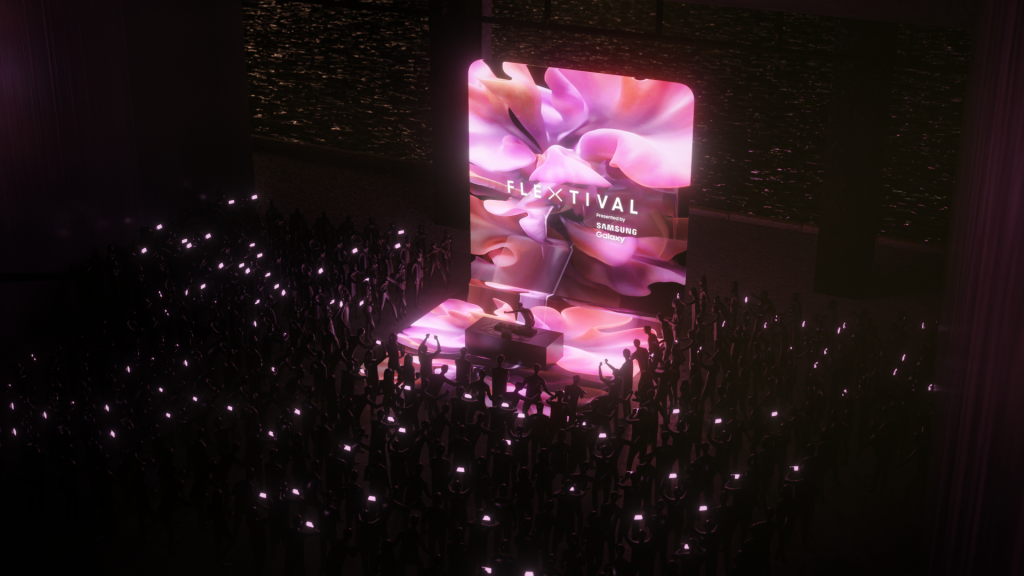 Samsung is celebrating the launch of the Galaxy Z Fold 4 and the Galaxy Z Flip 4 in Australia with a music festival, or “Flextival,” as the company calls it. The Flextival is an “exciting music and visual event” headlined by MC SHantan Wantan Ichiban and PNAU’s DJ Set.

Other acts include Set Mo, Dena Amy, Stacie Fields, Troy Beman, dameeeela, and Madami. The music-visual event will be held for one night only at Sydney’s Cargo Hall, Overseas Passenger Terminal. The main stage will consist of a 6-meter high LED wall that’s supposed to mimic the shape and proportions of Samsung’s latest foldable devices.

The so-called Flextival will kick off on September 28, and aside from the music acts, the event will bring to life content curated and created by a group of visual artists, including Tom Yau, André Hemer, George Dooley and Quinn.XYZ, all of which were inspired by the Galaxy Z Fold 4 and Z Flip 4.

Samsung will be giving away limited free tickets to Flextival

While the Flextival event kicks off on September 28, Samsung plans to give away a limited number of free tickets beginning September 21. From that date onward, Samsung’s social media channels will post a registration code that fans can use on EventBrite for a chance to snag a ticket to Flextival.

Samsung fans who might not be able to attend the event will have the option to stream highlights from Flextival on MixMag from October 7. Those who can attend the event, however, will also have an opportunity to try out Samsung’s latest Galaxy Z Flip 4 and Z Fold 4 in the Flex Studio.

The two new Samsung foldable phones were released last month. The Galaxy Z Flip 4 still seems to be a fan favorite, judging by the pre-order ratio between it and the Galaxy Z Fold 4 in several markets. But both lineups have grown in popularity and are leading the foldable phone segment by a wide margin.