As a part of its partnership with K-pop music band BTS, Samsung has announced that it will showcase its lifestyle TVs at a pop-up store in South Korea. The pop-up store is located in Garosugil in southern Seoul, and BTS fans would be able to purchase BTS-themed products and apparel.

Although the BTS pop-up store is mainly designed as an online store, it will have some retail stores in the country, and the first of them is being opened in Garosugil. Samsung has placed its The Serif TVs on the main floor of the store on which BTS fans can watch introductory and music videos (including ON and Dynamite). The company has also placed a 155-inch IFJ series 4K LED display on the second floor of the store, and the display can output 1,200 nits of peak brightness while playing HDR scenes.

Samsung designed the Serif TV in collaboration with Ronan & Erwan Bouroullec, a French furniture designer, and it resembles a canvas board for painting. From the sides, it resembles an I in the serif font family. Like any other premium TV from Samsung, The Serif has a 4K QLED panel and features HDR10+. It also features other bells and whistles, including Bixby, Google Assistant, Alexa, and One Remote.

Choo Choo-Seok, Vice President of Samsung Electronics’ Video Display Division, said, “We are excited to be part of the global superstar’s carbon-free project, which is delivering a message of comfort and hope to the world through music.” Samsung had recently started displaying BTS music videos on its TVs in retail stores worldwide. 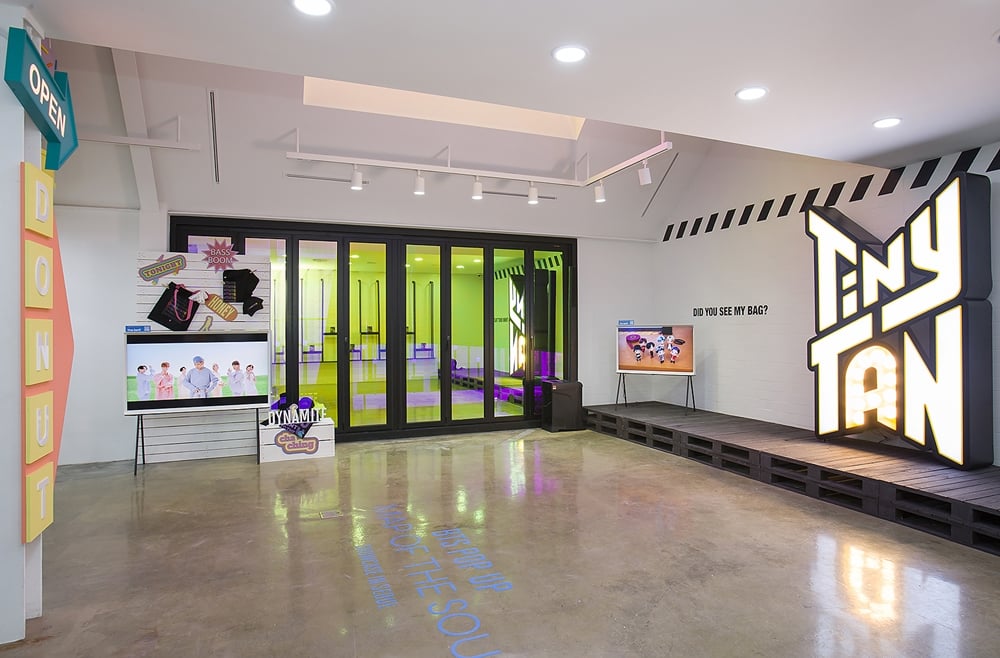 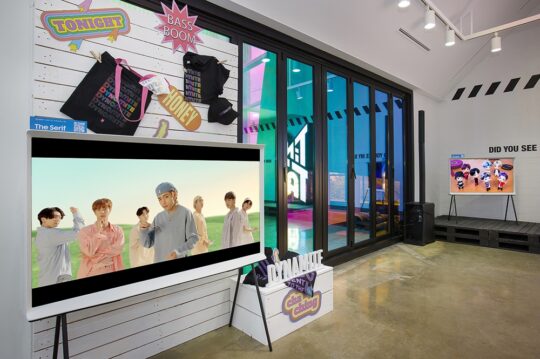 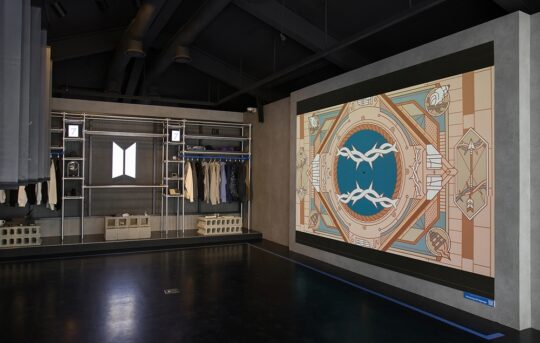