Samsung to shut down S Translator service next month

Samsung has shut down various apps and services over the past couple of years, including Find My Car, MirrorLink, S Voice, and PlayGalaxy. Now, the company has announced that it will shut down one more service: S Translator. However, there’s a replacement that you can use for language translation.

The South Korean firm will shut down the S Translator service on December 1, 2020. Samsung announced its plan via a notice that was sent to South Korean users. The company said that personal information collected from users to improve the service would be deleted without any delay. Samsung also thanked S Translator users for showing interest in the service and using it over the years. S Translator offered language translation between 11 languages: Brazilian Portuguese, English (UK), English (US), French, German, Italian, Japanese, Korean, Russian, Simplified Chinese, and Spanish.

If you were using S Translator, you can now use Bixby to translate text from one language to another. You can also use Google Translate or Microsoft Translator, both of which offer translation of more languages than Bixby. The company is continuing to improve Bixby’s language translation performance using on-device AI. 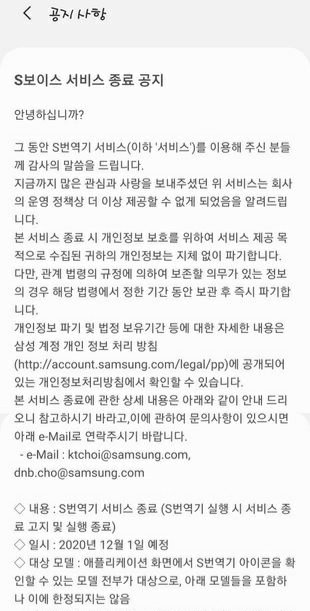 There’s less than a month before the Galaxy S5 launches worldwide in more than 150 markets, and as tradition would dictate, some of the apps from the upcoming flagship have been leaked online. An XDA forum member has leaked the APK files for numerous Samsung apps from the S5, with the full list including S Note, […]