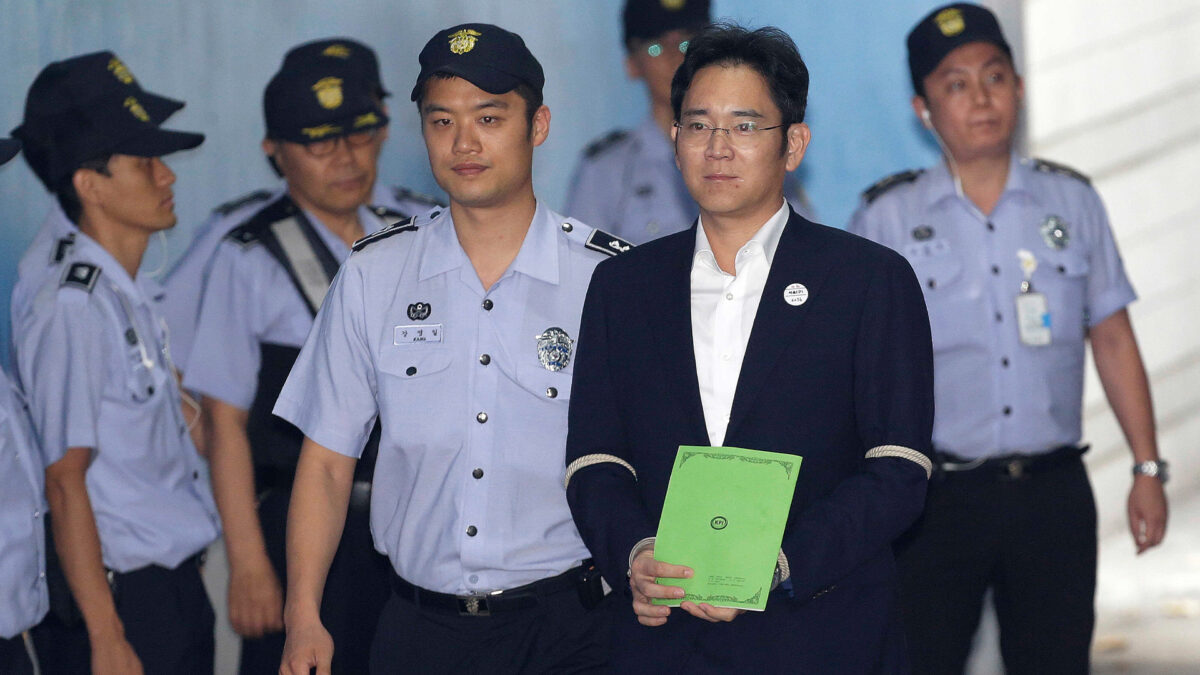 Samsung heir Lee Jae-yong has been sentenced to 2.5 years in jail for bribery. An appellate court in South Korea announced the sentence after a long trial, which also involved former President Park Geun-hye. Lee’s imprisonment comes as a huge shock to the tech giant and will create a leadership vacuum in the company.

Lee was facing legal charges for bribing an associate (Choi Soon-sil) of former South Korean President Park Geun-hye so that Cheil Industries and Samsung C&T could merge, allowing him to succeed his father and successfully control Samsung Electronics. The court said during the announcement of the prison sentence, “It is hard to say that Samsung’s compliance committee has met its effectiveness. It is inappropriate to reflect this in the sentencing.”

Lee had been imprisoned earlier, and he spent more than a year in jail. He returned to his post in 2018, but the Supreme Court sent back the case to Seoul High Court last year, and his retrial began in October 2019. Samsung will most likely appeal again to be judged by the Supreme Court. However, since the Supreme Court had made the decision once previously, the verdict and the prison sentence will likely be final.

During the final phase of the retrial on December 30, 2020, the prosecutors had demanded a prison sentence of nine years. The prosecution had said, “For the sound development of our society, Samsung’s position is to show a firm attitude in corruption and set an example.” In a historic apology last year, Lee vowed to be the last leader in the company’s royal line, which started with his grandfather Lee Byung-chul.

Lee’s imprisonment will leave Samsung without firm leadership, which would make it hard for the company to run efficiently and compete with rival brands like Apple. Samsung Chairman, Lee Kun-hee, died three months ago, and his son Lee Jae-yong inherited a part of his $21 billion wealth, making him among the wealthiest in South Korea.