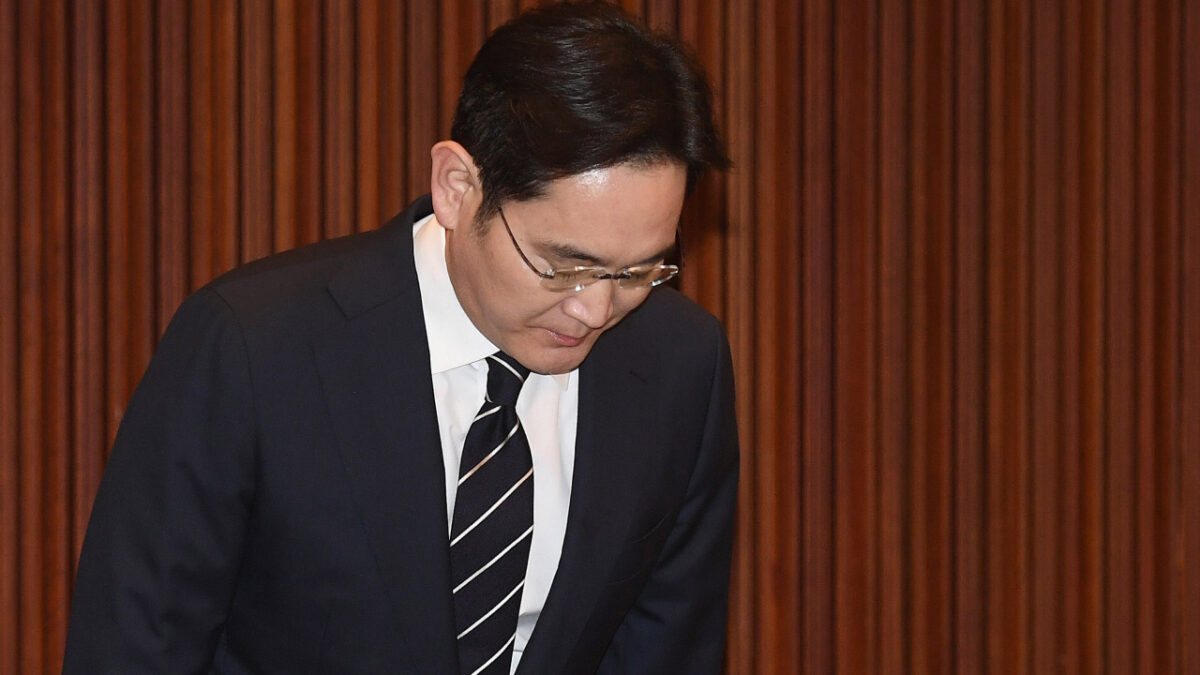 Samsung Group Vice Chairman and de facto head, Lee Jae-yong, vowed to be the last leader in the company’s royal line which started with his grandfather, Lee Byung-chul. The pledge was made as part of a historic public apology televised out of Seoul earlier today.

The occasion marked Lee’s first official media appearance in half a decade. In the meantime, the business magnate lived through nearly a year of incarceration on charges of corruption, perjury, and embezzlement, was convicted to five years in prison, but managed to appeal his way to probation; only to have the Supreme Court return his bizarre case to its point of origin – the Seoul Central District Court.

Lee’s apology has been a long time coming seeing how it was requested by an independent committee monitoring Samsung’s corporate transparency compliance as part of the same judicial proceedings. Meaning, any degree of resistance toward that particular authority would have likely landed the 50-year-old back behind bars.

No (more) illegalities allowed at Samsung

“Samsung has failed to strictly comply with laws and ethics, and also has not done enough in communicating with society,” Lee said, adding that “I apologize for all of these.”

Long referred to as “the Crown Prince of Samsung” by Korean media, Lee’s Wednesday address ironically saw the heir apparent of Samsung pledge to end any notion of a familial succession line within the chaebol. The executive claimed he thought about doing so “for a long time” but never shared the idea publicly beforehand. While skeptics might doubt the credibility of that statement, the idea of Lee changing his mind about succession proceedings at Samsung at some point over the last several years isn’t too far out there.

After all, this whole mess started with Lee trying to fulfill his destiny after his father, the first heir to the corporate throne started 82 years ago, was reportedly left incapacitated by a heart attack in 2014. What followed was a series of backroom dealings that eventually resulted in a merger of two Samsung subsidiaries – Cheil Industries and Samsung C&T.

While the restructuring allowed Lee to consolidate power, it also came at the expense of the country’s largest pension fund – a major stakeholder in Cheil. The reason behind the fund’s baffling approval of the tie-up was pressure from former Korean president Park Geun-hye whose support was won through bribery and other acts of corruption, as government prosecutors successfully argued in the past.

The fallout from the ordeal was so great that it even landed President Park in prison. Lee today pledged there will be no (more) illegal dealings at Samsung moving forward, noting the compliance committee will remain operational following the conclusion of his retrial.